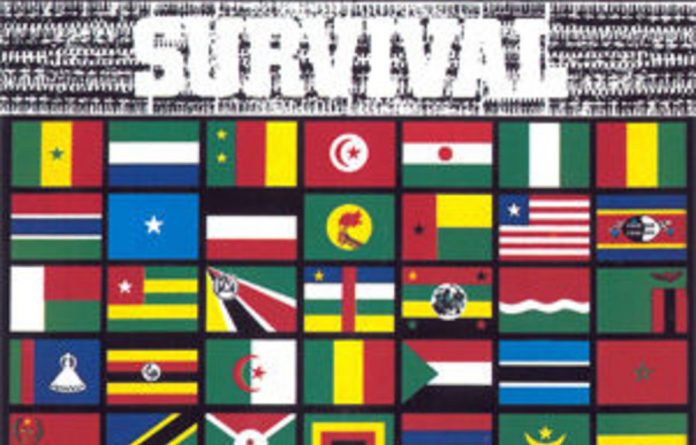 It has become something of a ritual: every January, as schools open, a child in Zimbabwe is turned away by an officious principal for sporting dreadlocks.

The parents, often Rastafarians, appeal the decision in court and the school grudgingly accepts the child back into its fold.

In Zimbabwe, although reggae and dancehall music forms are loved, the Rastafarian religion’s smoky rituals and the “unkempt” look are shunned. Dambudzo Marechera, the late Zimbabwean writer who wore dreadlocks, wrote about this paradoxical state of affairs in his book Mindblast.

In the book, in sketches of his bohemian life in early 1980s Harare, Marechera wrote: “I cannot account for the national paranoia about Rastafarians. They invite a lot of Rasta musicians to the main centres of the country.” He was referring to Bob Marley’s Independence Day concert of April 1980 that paved the way for scores of Jamaican musicians to head to Zimbabwe.

Africa’s debt
Yet “at the same time, in the whorehouse bars and hotels — in the government corridors and in the squatter settlements — everywhere it seems — the Rastaman and ­anyone who remotely looks like him is abused verbally, physically, historically, socially, psychologically”.

What a strange way of repaying the debt the subcontinent owes Rastafarians and reggae. For if you take away the Rasta’s religious obsession with Ethiopia — birthplace of their messiah, Haile Selassie — no other subregion features in the music in the way Southern Africa does.

Although reggae’s love affair with the region was consummated in 1980 when the music’s chief exponent, Bob Marley, was invited to play at Zimbabwe’s independence celebrations, the fascination with Africa goes back right to the foundations of the music decades earlier. Marley released the album Survival in the late 1970s. It featured two Afrocentric songs, Zimbabwe and Africa Unite, bringing to a wider world audience the kind of music ­Jamaicans had been churning out for decades.

Some bands even chose names that were distinctly African, foremost among them a group known as the Abyssinians — the archaic name for Ethiopia — whose oeuvre is laced with songs with lyrics in Amharic, an Ethiopian language. Other bands include the Congos, whose signature album, Heart of the Congos, should be the cornerstone of any serious reggae collection. Other groups referencing Africa in their songs include the Ethiopians and Black Uhuru — ­Swahili for ­independence.

Although the religious interest in Ethiopia has never really subsided, even to this day, there was a move to explore the politics and actualities of this place called Africa. Songs started coming out that examined the real Africa and not the abstract Africa of empires, kings and queens.

One of the most important songs that came out in the 1970s was MPLA, the title track of an album of the same name by DJ Tappa Zukie.

Musical revolution
The thumping tune, released in 1976, anticipated the digital sound that would become popular in the 1980s — a landmark in the evolution of the reggae sound. In this song, Angola becomes an actual space, not just part of a territory in an abstract, formless landmass. This proved that in the Caribbean it was not just the Cubans — at the time fighting apartheid South Africa alongside the Movement for the Liberation of Angola — who knew about the place.

Although the song Zimbabwe on the album Survival is a well-known classic, it turns out other people beat Marley to Rhodesia, as ­Zimbabwe was known before 1980.

Among them was popular 1970s DJ Big Youth, who put out Train to Rhodesia; Jack Ruby and the Black Disciples, who released Free Rhodesia; and Alton Ellis, whose tune Rhodesia is suffused with wailing accents.

Marijuana-aided pilgrimages
One of the cornerstones of this back-to-Africa movement is a ­percussionist named Count Ossie. In the 1950s he regularly went up Waricka Hills — just outside Jamaica — to meditate and escape into ­marijuana-aided pilgrimages into other worlds. Ossie is at the ­centre of a drum-based sound known as Nyabinghi drumming — named after a cult in Uganda. His album Tales of Mozambique contains an eponymously titled track, a brief lesson of that country’s history, a survey that goes back to the voyages of Vasco da Gama in the 15th century.

As colonial rule fell in the ­Portuguese colonies of Mozambique and Angola, as well as in Rhodesia, South Africa became a central theme in ­reggae music, rising to a pitch in the 1980s when scores of artists released singles decrying apartheid.

Scores of artists, including Hugh Griffiths, DJ Macka B, former dancehall favourite Shabba Ranks, DJ Bunny Rugs and many others, put out tunes in the 1980s. Some of them were included on the 1991 CD One Man, One Vote, a compilation album staring fixedly at the transition that was happening in South Africa.

The Jamaicans were not just attuned to the bad happening in South Africa, they were also looking out for beauty. One local ­classic, Pata Pata by Miriam Makeba, caught the attention of the legendary vocalist Millicent Todd, better known as Queen Patsy, who was more famous for her collaborations with Stranger Cole.

Kindred spirits
Patsy wailed over the drum ­patterns laid by Ossie in their 1966 cover version of the legendary tune. It was a case of someone on one side of the Atlantic recognising a kindred spirit in another part.

The interest in South Africa’s black martial heritage continues. In the past few years Damian Marley — Bob Marley’s son — teamed up with rapper Nas on Dis Spear, a song that references Shaka Zulu. A ­single called Shaka Zulu Pickney by Tarrus Riley, son of Jimmy Riley — another reggae luminary — is lighting up dance halls across the world.

Trinidadian writer VS Naipaul has said that “when I was a child, the word ‘black’ was an insult. I think people liked being called ‘coloured’. “The word ‘African’ was an insult. Now, of course, ‘black’ is a very ­popular word. It has been a great revolution.”

In this revolution, reggae’s role has been crucial.

An Africa special on the podcast House of Reggae was invaluable in the writing of this article.

Reggae ensemble, the Mediators, will host the Durban celebrations this Sunday from 10am to 6pm at Wahooz Beach Bar, uShaka Marine World Promenade, Durban. There will be a film screening on reggae music at Rasta House , 123 Hunter Street, Yeoville, Johannesburg from 3pm on February 5

Robbie Shakespeare: A manipulator of space and sound

Robbie Shakespeare: A silence louder than a bomb