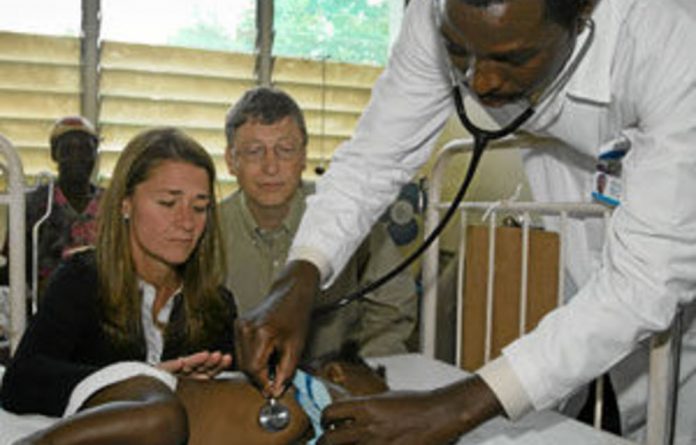 The heads of 13 of the world’s biggest drug companies, brought together by Bill Gates, one of the world’s richest men, have agreed to donate more medicines and, unprecedentedly, work together to find new ones in a bid to end many neglected tropical diseases that kill and maim some of the world’s poorest people.

The Bill and Melinda Gates ­Found­ation is putting in $363-million over five years to help with the control and elimination of these diseases, whereas the United Kingdom’s department for international development has announced $306-million until 2015. USAid and the World Bank are also committing money and help.

“Today we have joined together to increase the impact of our investments and build on the tremendous progress made to date,” said Gates. “This innovative approach must serve as a model for solving other global developmental challenges.”

The most likely disease to be eliminated is Guinea worm, which has been the target of the Carter Foundation for decades. Last year former United States president Jimmy Carter said it needed just $60-million more to finish the job in the single remaining endemic country, South Sudan. That money will now be available.

The biggest contribution of the pharmaceutical companies, including GlaxoSmithKline, Pfizer and Abbott, is in drug donations. Those that have existing donation programmes are extending them to 2020.

Unusually, some of the companies have agreed to co-operate to try to develop badly needed new drugs. Abbott, Johnson & Johnson and Pfizer are working together, under the direction of the public-private partnership Drugs for Neglected Diseases Initiative, on new drugs for worm infections, particularly those causing river blindness and lymphatic filariasis.

All 11 companies have agreed to open up their compound libraries — details of potential drug treatments that have gone through some tests but not found a commercial use — to the initiative. It is a response to a World Health Organisation (WHO) blueprint, a plan to tackle the diseases that impede development by preventing children from accessing education and limiting adults’ ability to work.

The WHO’s director general, Margaret Chan, set an ambitious time­table during the launch at the Royal College of Physicians in London. “These ancient diseases are now being brought to their knees with stunning speed. With the boost to this momentum being made today, I am confident almost all these diseases can be eliminated or controlled by the end of this decade.”

Experts sceptical over drug donation focus
But some experts were less optimistic and critical of the drug donation focus. Médecins sans Frontières, the volunteer doctors’ group that helped found the drugs initiative, said it wanted to highlight what was missing. Chagas disease, sleeping sickness and visceral leishmaniasis were slated for elimination by 2020 but the WHO and others were underplaying the difficulties, it said. It cited sleeping sickness, caused by the bite of the tsetse fly, as an example. New diagnostic tools to catch the disease before it became very hard to treat and new drugs that could be used by healthcare workers with only basic training in remote areas of Chad, the Central African Republic and South Sudan were needed.

“In the Democratic Republic of Congo, where about three-quarters of reported cases of sleeping sickness have been detected, there is a strong national control programme. However, the funding for this programme, provided by the Belgian government since 1997, will be withdrawn by next year. Nothing offered at the London meeting will address this looming crisis.”

In a letter to the medical journal The Lancet, Dr Tim Allen from the London School of Economics and Dr Melissa Parker from Brunel University also said that simply providing more drugs was not enough. They said there were problems with mass drug hand-outs.

“These include the undermining of already fragile and overstretched healthcare systems with the introduction of large, internationally funded, vertical programmes rolling out free drugs to adults and children, irrespective of their infective status; difficulties with relying on volunteers to assist with the distribution of drugs in targeted communities; limits in knowledge surrounding the safety and efficacy of combining drugs for some tropical diseases; and a growing tendency for those promoting mass drug administration programmes to overlook the fact that the evidence base for how effective they are is more limited than often suggested.”

Their own work in some communities had found that the take-up of free drugs in some villages was much higher than in others, because of political, economic and social circumstances. In some places people refused out of the belief that the drugs were intended to harm them.

“We are concerned by the way in which competition for multimillion-dollar grants is closing off debate and restricting critical analysis of what is actually occurring on the ground.” —