MPs in standoff over severe cuts 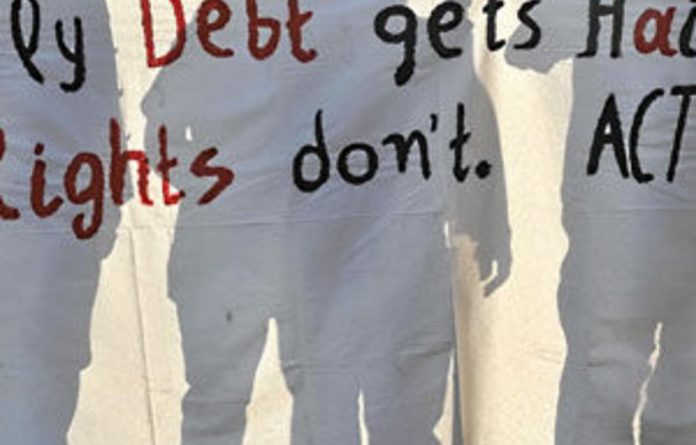 Greek officials this week launched a vociferous behind-the-scenes attack on European Union and International Monetary Fund negotiators as talks in Athens over the country’s mounting debt appeared to stall.

Prime minister Lucas Papademos told aides on Tuesday that a crisis meeting of party leaders would be called to thrash out a response to an increasingly intransigent negotiating team sent by Brussels, which is demanding severe austerity measures before sanctioning a further €130-billion (£109-billion) of bailout funds.

Papademos and his team of aides returned in a sombre mood from a round of talks in Brussels and Frankfurt at the offices of the European Central Bank (ECB), in spite of relief that a German proposal to install an EU commissioner in Athens, with special oversight of Greek finances, had been quashed.

One aide said: “All round there is an understanding that the situation is quite dramatic. Our discussions in Brussels were tough and honest, with things being laid out in an austere manner.

“We understand how difficult it is for MPs who are now faced with the hard option of voting through another round of austerity measures, but the stakes are very high and one of our greatest concerns is that they don’t understand just how high they are.”

Athens is holding parallel talks with private creditors over a 50% write-down of its debts while also meeting a troika of negotiators from the EU, IMF and ECB over a new bailout fund. Greece must obtain agreement for further bailout funds to be released before it can conclude the deal with its private creditors.

Talks with private creditors, which are expected to slice an estimated €100-billion from Greece’s €350-billion debt pile, have faced difficulties following objections from banks that they are being asked to take bigger losses than they expected after a deterioration in the outlook for the Greek economy.

However, Finance Minister Evangelos Venizelos put on a brave public face and said that he believed an agreement on the debt swap was close. “We are one step [away] from finalising [the debt-relief agreement]. I would say it is a formality,” Venizelos told a news conference. “The next few days will determine what happens over the coming decade.”

In negotiations over the bailout funds, Greek MPs have objected to demands by the troika for further wage cuts and reductions in the minimum wage.

“The troika doesn’t appear to be willing to accept any concessions whatsoever on reducing the minimum wage and scrapping bonuses,” said the government aide.

“No political party is willing to move either, saying wage cuts are a red line they are simply not going to cross. You tell me how this is going to be resolved. We have no idea and we are very worried.”

The deadlock in Athens followed unemployment data for the eurozone that revealed a widening split between the continent’s rich north and indebted south. Figures for December showed unemployment at a record high of 10.4%. Spain’s unemployment stands at a staggering 22.9% and Greece’s is not far behind at 19.2%. Germany’s unemployment rate fell to 6.7% in January, separate figures showed, a new record low since figures for a unified Germany were first published, and Austria boasted the eurozone’s lowest jobless rate at 4.1%, followed by the Netherlands at 4.9%. —