Nigeria: ‘Sharia or nothing’ 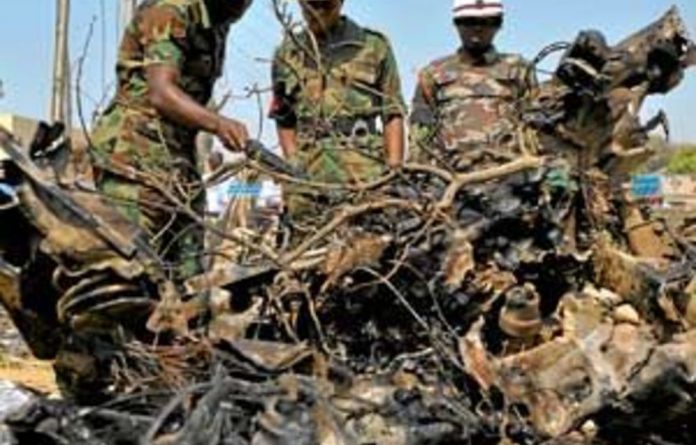 The Islamist jihadist group Boko Haram, which has killed almost 1 000 people in Nigeria, will continue its campaign of violence until the country is ruled by Sharia law, a senior member has told the Guardian.

‘We will consider negotiation only when we have brought the government to their knees,” spokesperson Abu Qaqa* said in the group’s first major interview with a Western newspaper.

‘Once we see that things are being done according to the dictates of Allah and our members are released [from prison], we will only put aside our arms — but we will not lay them down. You don’t put down your arms in Islam, you only put them aside.”

Qaqa said the group’s members were spiritual followers of al-Qaeda and claimed they had met senior figures in the network founded by the late Osama bin Laden during visits to Saudi Arabia.

The interview comes a week after Boko Haram claimed responsibility for Nigeria’s deadliest terrorist attack, which killed 186 people in the northern city of Kano.

In an audio message posted on YouTube last week, the group’s leader, Abubakar Shekau, threatened to bomb schools and kidnap family members of government officials. ‘If [security forces] are going to places of worship and destroying them, like mosques and Qur’anic schools — you have primary schools as well, you have secondary schools and universities and we will start bombing them.”

Shekau rejected calls from President Goodluck Jonathan for a negotiated peace, and for the secretive sect to step out of the shadows and enter into discussions.

‘Moderate elements’
Nigerian officials have voiced hopes for a negotiated settlement with ‘moderate elements” of the group. ‘Under the circumstances, if you look hard enough, you can find moderate elements you can communicate with,” said General Andrew Azazi, Jonathan’s national security adviser.

Western diplomats say Boko Haram has splintered and the hardliners responsible for the violence that has killed about 250 people this year appear to have rejected any suggestion of dialogue.

The Guardian was able to contact Qaqa through an intermediary from the group’s home state. The go-between has been in contact with the group since its inception and met with its founder, Mohammed Yusuf, several times before he was killed in 2009. For most of the interview Qaqa used a voice modulator, but local journalists confirmed that his undisguised voice matched recordings of previous interviews.

He said recruits from neighbouring Chad, Cameroon and Niger had joined the group. A recent United Nations report said weapons from Libya might have been smuggled to Boko Haram and al-Qaeda in the Islamic Maghreb through Chad, Niger and Nigeria.

Security officials and diplomats in the capital, Abuja, said they had no evidence of a link with al-Qaeda in Saudi Arabia, but an official confirmed that ‘elements of Boko Haram have made contact with external groups”.

In the decade since it first appeared, Boko Haram has graduated from crude drive-by attacks on beer parlours to bombing security buildings in the northern Muslim heartland. It targeted the UN building in Abuja in August, killing 25 people. Christian institutions have increasingly come under fire in recent weeks. A Christmas Day bomb attack on a packed church just outside the capital claimed almost 40 lives.

Stark injustice
But Qaqa said the rights of the country’s 70-million Christians, half of Nigeria’s population, ‘would be protected” in the group’s envisaged Islamic state.

Speaking fluent but non-native Hausa, the lingua franca across the Sahelian belt on the cusp of the Sahara desert, he said: ‘It’s the secular state that is responsible for the woes we are seeing today. People should understand that we are not saying we have to rule Nigeria, but we have been motivated by the stark injustice in the land. People underrate us, but we have our sights set on [bringing sharia to] the whole world, not just Nigeria.”

Sharia law is already in place in 12 states in the north. Few believe the group’s radical ideology has traction in Nigeria’s mainly Christian south, which is also home to millions of Muslims and has so far been out of the group’s reach.

Raising his voice for the only time during the interview, Qaqa denied reports that some governors in northern Nigeria paid the group monthly allowances in exchange for immunity from attacks.

‘May God punish anyone that said so,” he said, before adding that the group had popular support in the north. ‘Poor people are tired of the injustice. People are crying for saviours and they know the messiahs are Boko Haram. People were singing songs in [northern cities] Kano and Kaduna saying: ‘We want Boko Haram.’”

He described how the group could blend into the communities in which it operated. ‘If the masses don’t like us, they would have exposed us by now. When Islam comes everyone will be happy.” ­–