We need you at home, Madam Minister 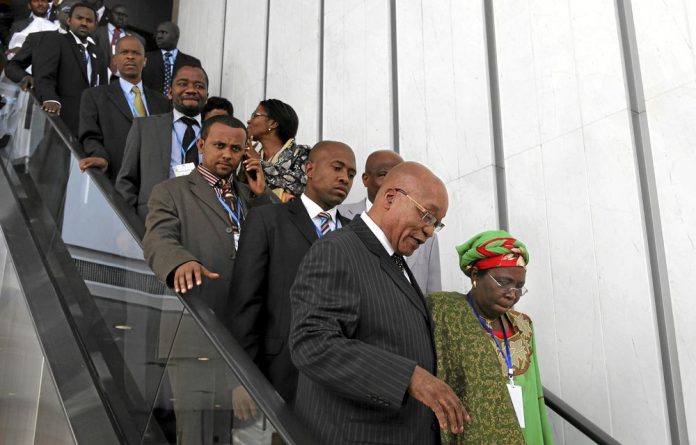 Why on earth would we want to banish one of our most efficient, capable and skilled public officials and political leaders to Addis Ababa?

I am astonished at the hype over the past few days in entertaining the possibility that a leader with the pedigree of Nkosazana Dlamini-Zuma would be sent off to Ethiopia to man the head office of the African Union for four years.

Over the years, and in various ministerial roles, she has proven to be a thorough and effective administrator. She has consistently seen to it that policies are not just pretty plans gathering dust, she has made sure they are implemented. Turning the hapless and chronically corrupt home affairs department around within such a short time is nothing short of a miracle.

She has also displayed what Dr Reuel Khoza describes in his recent book of the same title as “attuned leadership”. Some of the qualities Khoza attributes to such a leader are “connectedness, compassion, empathy, integrity and a determination to be effective”.

When Dlamini-Zuma attended the funeral of a young man who had committed suicide in despair over not having an identity book, she broke down in tears at the realisation that the bungling of home affairs had somehow led to the man’s death. She then proceeded to clean up the department and make it work.

“Give this woman a Bells,” as John Robbie would say (although she strikes me as someone who only takes milk), but please don’t send her to Addis. So I was relieved when the news broke that Dlamini-Zuma had failed to secure the two-thirds majority needed to clinch the position against Gabon’s Jean Ping in the race for the AU Commission chairmanship.

What would prompt such a move by South Africa, when all of the studies looking at the gaps in governance and delivery in the country point to a dearth of leadership and a shortage of skills as the elements that have eroded the state’s capacity to deliver. We are constantly bombarded with news of ineptitude and lack of technical expertise in government departments. Yet, here we have someone who has more than proven herself in that regard and the ANC would rather she served elsewhere.

It is reckless. This is not to say the African agenda is not important. The African Union does need to be bolstered to ensure that the continent speaks with one voice as it tackles its myriad challenges.

Intra-African trade must be boosted if the growth of our economies is to be sustainable and our developmental goals are to be met.

I have no doubt she would have conducted herself with aplomb in this powerful position — just not now, when her own backyard needs her.

Incidentally, the outcome of that tension-filled election was announced on the same day as the release of a new study by the Landelahni recruitment group, which found that South Africa stood to lose scarce skilled resources to other African countries as massive foreign direct infrastructure projects got underway. The scale of the development outside our borders was the result of the fact that many African countries were more attractive in terms of their regulatory environment, the study said.

So, most of our skilled people will leave for more attractive climes and better pay checks. Who then will spearhead industrialisation, beneficiation and all the other lofty job-creation mechanisms being proposed in both the National Planning Commission and New Growth Path?

And, with the pending threat of greater skills loss, we now want to outsource someone of the calibre of Dlamini-Zuma. There are all sorts of rumours suggesting that her possible deployment to the AU was aligned to the ANC’s election race in Mangaung. Whatever the motivation, we should put the country’s interests first.

Madam minister, we need you more than the AU does.