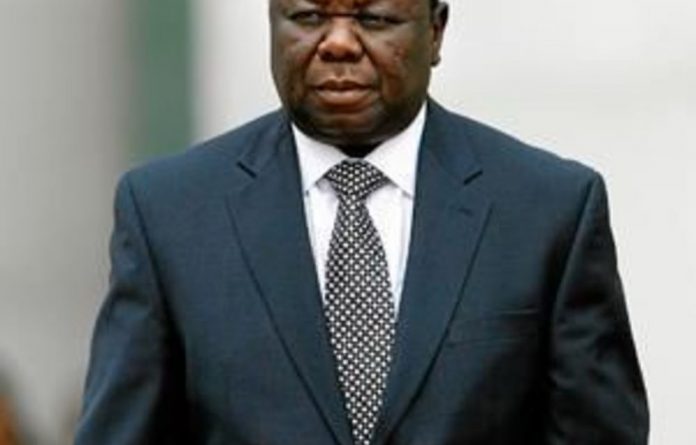 Several top South African publications circulating in Zimbabwe face a ban from the country, along with the UK-published Zimbabwean, unless they register their operations, the Zimbabwe Media Commission (ZMC) head, Godfrey Majonga, said on Friday.

The ZMC argues that it is legally empowered to ban the South African publications under Section 66 and 90 of the Access to Information and Protection of Privacy Act as the publications have no offices or representatives in the country to which complaints can be taken to, despite that the SA publications’ news content targets a Zimbabwean readership.

“None of the publications or their journalists appears on our registers and we are very concerned at this development,” said Majonga.

The Sunday Times was singled out as one of the newspapers that would be subject to the ban. Also certain to be affected is the UK published newspaper the Zimbabwean, run by exiled editor Wilf Mbanga.

In a telephone interview with the M&G on Friday, Majonga said: “ZMC has resolved to appeal to the relevant law enforcement authorities to bar affected newspapers from entrance into and circulation within Zimbabwe, until they comply with Zimbabwe’s laws.”

He told the M&G: “At the moment we have issued a warning of the intended action that we intend to take on the South African newspapers. The ban is not immediate as has been erroneously reported by the media. The SA publications must comply with the laws”.

Asked whether ZMC would effect a penalty on the South African publications, as they had operated for so long in the country without the green light from ZMC, Majonga said the commission had no such “mechanisms” in place to penalise the newspapers.

“If it is a first-time application then they must register and have no fears of a penalty or fine being levelled against them, but if they had registered before and failed to re-register in time, then we will charge them a fine for each day from the time their licence expired”, said Majonga.

Speculation is rife within Zimbabwe’s media circles that the new moves to ban the publications may have been provoked by the lead story carried this week by the Sunday Times Zimbabwe edition entitled “Mugabe to quit.

The story alleged that President Robert Mugabe planned to win the next elections, and then hand over power to Defence Minister Emmerson Mnangagwa as his successor, quoted unnamed Zanu-PF sources.

Journalists who spoke on condition of anonymity dismissed the story as “utter rubbish” and said that it had now brought on a new wave of crackdown on the media by the authorities.

The latest move by ZMC is likely to dent the marginal gains of press freedom scored under the troubled three-year-old unity government, which saw new players enter the print media sector.

Journalists operating in the country expressed “dismay” over the looming ban, with a senior journalist linked to Avusa’s Sunday Times revealing that the company’s lawyers in Johannesburg were now in contact with the ZMC in an effort to resolve the impasse.

Sources in Zimbabwe are unclear about how the law is meant to be enacted. It’s understood that newspapers that are distributed in Zimbabwe but do not have a bureau there, such as the Mail & Guardian, will not be affected by the proposed ban.

Mail & Guardian editor-in-chief Nic Dawes said it appeared that the Sunday Times, which does have a bureau in the country, and the Zimbabwean in particular were being targeted.

“We [the M&G] … would be very disappointed if Zimbabwean readers weren’t able to access a full range of news and information, whether it’s from the Mail & Guardian or other newspapers.”

“We don’t agree with Zimbabwe’s media laws — but it’s our policy to campaign against them rather than to break them,” he said.

Zimbabwean media under pressure
Media in Zimbabwe have operated under stringent rules for the past decade. Several newspapers have been forced to shut down, while journalists and foreign correspondents have been deported and harassed by the police.

Towards the end of last year, Zimbabwean police arrested reporters from the Daily News and the Standard on allegations of criminal defamation.

They also issued an arrest warrant for Mbanga, who edits the Zimbabwean from exile in Britain, allegedly over an article that was published over two years ago.

Prime Minister Morgan Tsvangirai, who joined long-ruling President Robert Mugabe in a shaky unity government three years ago, has vowed to abolish the Access to Information and Protection of Privacy Act, which bars foreign journalists from working permanently in the country.

The 2002 act forced media organisations and journalists to register with a government body and has been invoked to arrest independent journalists. The slow pace of media reforms is one of the main sticking points in the unity accord between Mugabe and Tsvangirai.

Press freedom suffers
Zimbabwe is currently ranked 117th out of 179 countries on the Press Freedom Index, which is compiled annually by the press freedom organisation Reporters Without Border.

In a statement released together with the results, the organisation said: “The equation is simple: the absence or suppression of civil liberties leads necessarily to the suppression of media freedom. Dictatorships fear and ban information, especially when it may undermine them.”