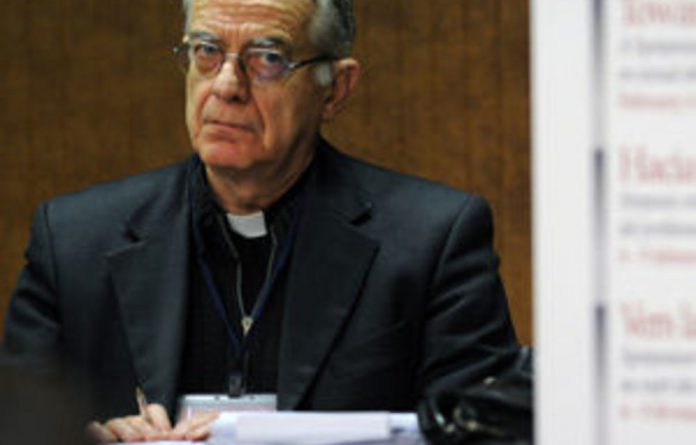 Catholic leaders from around the world meet next week for a conference to combat child abuse which will include a penitential service but which has already drawn fire from victims’ groups.

Bishops and their representatives from 100 countries and the leaders of 33 religious orders will take part, as well as the Vatican’s anti-paedophilia prosecutor Charles Scicluna and an abuse victim, Ireland’s Marie Collins.

“All of us must look at the sin and crime of sex abuse and we must face this with humility, courage, reflection and vigilance,” said Francois-Xavier Dumortier of the Vatican’s Gregorian University, which hosts the meeting.

The conference will receive a blessing from Pope Benedict XVI and will launch a Centre for Child Protection in Germany to fight abuse, which Vatican officials underlined as a problem for the Church worldwide.

“The decision to come or not was not an easy one,” said Collins, who was raped by a priest in a hospital in Dublin when she was a little girl and has become a leading voice in pushing for justice for victims in Ireland.

‘Few apologies’
The Roman Catholic Church has been rocked in recent years by thousands of paedophilia scandals, some of them dating back decades.

Cases of abusive priests and cover-ups began to go public in Ireland and the United States but have since been reported across Europe and beyond.

“Despite apologies for the actions of the abusers, there have been few apologies for protection given to them by their superiors,” she said.

“There seems to be a lack of penalty for any of these men in leadership who deliberately or negligently covered up for abusers,” she added.

“If the pope came out and asked for forgiveness for the leadership … that would be the most wonderful thing I think for survivors and for the faithful who have been hurt and lost trust and lost respect,” she said.

‘Work toward a better future’
A leading Italian victim support group, La Caramella Buona, which has helped bring abusive priests to justice despite what it calls “a code of silence” in Italy on the issue, said it had been excluded from the meeting.

The group’s director, Roberto Mirabile, stated,”I thought a symposium like this would be more open to civil society. You can have all the symposiums you want but why don’t you open a constructive debate? The Church is too closed in on itself.”

The four-day symposium starts on Monday and will include a church service on Tuesday in which representatives of seven religious orders which had paedophile clergy in their midst will publicly ask for forgiveness.

Father Hans Zollner, one of the main organisers of the conference titled “Towards healing and renewal” and the chairperson of the new Centre for Child Protection, said the Church still had a long way to go.

“This is another step in the Church’s long and painful journey in assuming responsibility for the past and to work [toward] a better future. Real change [takes] time,” said Zollner, a psychotherapist.

Need for international scope
“We have to put into practice the very widespread sentiment in many parts of the world that we need to decisively change our attitudes towards the crime of abuse in the Church and society,” he added.

Zollner also underlined the need for an international scope to anti-abuse efforts and said that his centre would have project partners in Argentina, Ecuador, Ghana, India, Indonesia, Italy and Kenya.

The symposium comes after the release of a new book this week that quotes Vatican sources as saying the future pope had been concerned about abuse as far back as the 1980s when he was the Vatican’s top enforcer.

Bernard Lecomte’s “The Last Secrets of the Vatican” claims that Joseph Ratzinger had noted a “general lack of responsibility” in the Vatican hierarchy and had called for stricter punishment for abusers.

The Vatican is now requesting that all national Catholic bishops’ conferences must submit guidelines by May on how they propose rooting out abusers and cooperating with law enforcement on prevention.

No compromise on protection of children
Archbishop Scicluna warned that some of the bishops’ conferences, particularly in Asia, were experiencing difficulties in this task because of “cultural differences” over what exactly constitutes abuse.

But Scicluna — the Vatican’s “promoter of justice” who is charged with investigating all of the thousands of cases of abuse — stressed that there could be no compromise by the Church on the protection of children.

“We have to look forward but we cannot forget what happened in the past. We have to stop, think about it and learn from it,” he said.

“It’s not ink on paper. It has to be policy translated into action.” –Sapa-AFP

Pressure mounts on pope for tougher action on abuse scandals