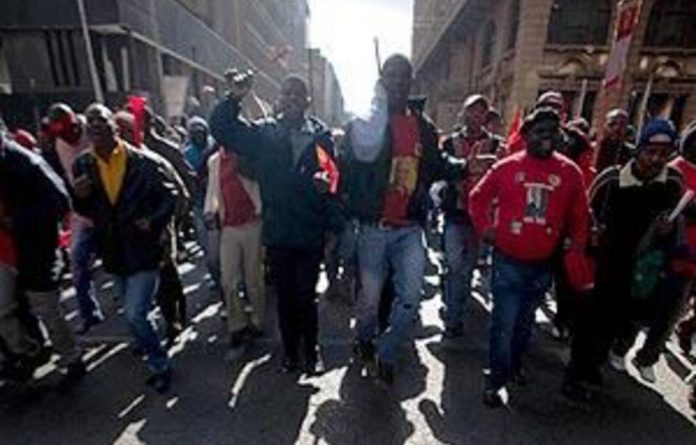 The National Union of Metals Workers of South Africa (Numsa) has said that its energy conference, under way on Saturday, was aimed at preventing the renewable energy sector from being dominated by a capitalist system.

“We are currently facing a situation in which the expansion of the renewable energy sector is rapidly developing along capitalist lines,” Numsa president, Cedric Gina, said in his opening address.

The international conference, running for several days, is centred on talks about building a renewal energy sector in South Africa.

He said workers and communities were at risk of being left behind and “being forced to pay the costs of the sector’s expansion”.

Gina said the union had a vested interest in the renewable sector as it has “comrades who produce small wind turbines, solar water heaters and solar panels”.

Who benefits?
He said the building of the renewable energy sector raised questions about who would benefit from its emergence.

“Do communities stand to benefit or is this another capitalist grab to enrich a few? This is why we have chosen to host this conference about socially-owned renewable energy,” he said.

“For whom is the renewable energy being produced? Is it for big corporations who get the electricity at a discount or is it to give access to those who presently do not have access?” he asked.

He said the conference was aimed at deepening the understanding of “what a socially-owned renewable energy sector might look like”.

Strong energy policy
“We are referring to a mix of different forms of collective ownership –energy parastatals, municipal-owned solar parks; wind co-operatives and other community-owned and -controlled renewable energy companies.”

Gina said the conference hoped to develop “a framework and concrete proposals for building such a sector in South Africa”.

He said the conference was aimed at developing a strong energy policy to shape South Africa’s industrial development in the field. –Sapa