The Young Lions head to the last chance saloon 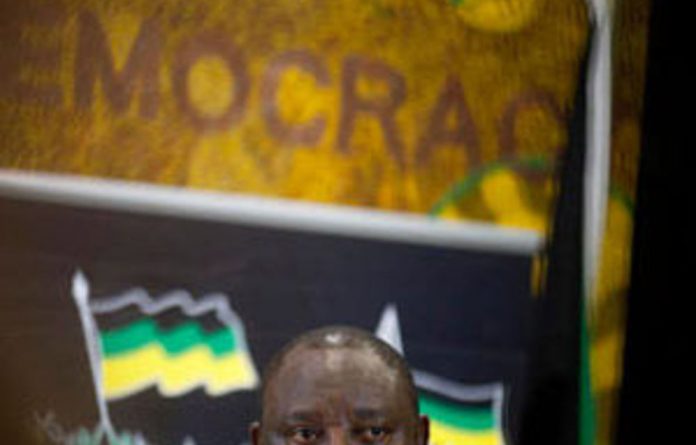 “The process is flexible enough to allow the ANCYL to offer evidence in mitigation of their sentences. The NDC will gather within 14 days of this ruling so that the youth league has the opportunity to do so,” NDC Appeals head Cyril Ramaphosa told reporters in Johannesburg.

This means ANCYL president Julius Malema and other suspended leaders will be able to argue before the NDC for a lighter sentence.

The announcement follows the league’s appeal launched at the beginning of December against the suspensions handed down to their leaders on November 10.

This could be construed as a minor victory for the under-fire youth leaders, who described their being denied the opportunity to offer mitigating evidence as “deplorable” in their original appeals against the suspensions.

However, there is confusion around when exactly the suspensions will kick in, or if Malema and other leaders will be able to hold onto their positions until the process is over.

Nonetheless, this is a tough political gamble for Malema and his cohorts, especially in light of possible aggravation of sentence at the second disciplinary, as a failure to argue for their sentences to be abolished or reconsidered would mean their suspensions come into effect immediately.

The most obvious manoeuver would involve taking their challenge to the ANC’s National Executive Committee (NEC). This would be a tall order, however, as the league would have to garner the support of over half of the ruling party’s main decision body.

Initial indications are that while support is evident for Malema among some of the ANC’s top brass, the league will struggle to put together sufficient numbers to have the decision overturned.

The league will hope that the support evidenced by ANC treasurer Matthews Phosa and Human Settlements Minister Tokyo Sexwale will be able to spread through the NEC.

Additionally, getting the matter on the NEC meeting’s agenda will be a challenge.

It involves applying to ANC secretary-general Gwede Mantashe, who decides what makes it onto the programme.

This doesn’t bode well for the embattled group, as for some time now the youth body has notoriously frosty relations with Mantashe.

If the challenge of the ruling fails at NEC level, Malema and his cohorts will only be left with the option of challenging the ruling party in court.

Malema has previously said he will not consider doing this as it would be “disloyal to the movement”.