Nationalisation taken off the table at mining indaba 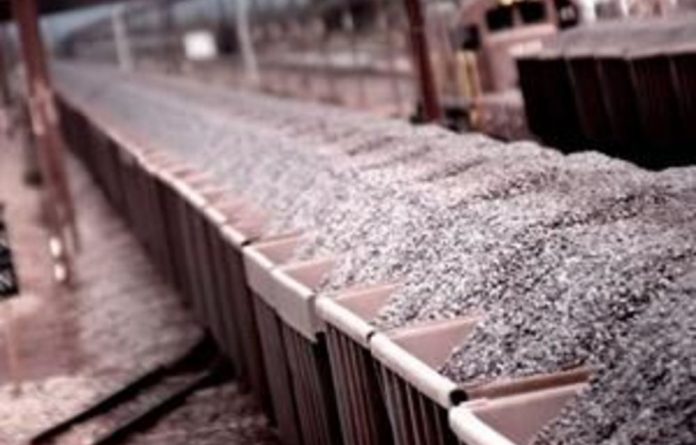 Deputy Mineral Resources Minister Godfrey Oliphant has set the tone for the four-day Investing in Africa Mining Indaba, which begins on Monday, by bringing home the message that nationalisation is off the table and that South Africa is open for business. “As we speak, nationalisation is not a policy of the government or ANC,” he said.

Oliphant was speaking at a precursor roundtable discussion on Sunday night, organised by Brand South Africa in Cape Town, as the ANC national executive committee (NEC) was wrapping up discussions on its economic policy documents, one of which dealt with the controversial proposal by now ousted ANC Youth League leader Julius Malema to nationalise mines.

The tabling of the documents could not have been timed better. Not only did the ANC squash the nationalisation policy, an appeals committee also upheld Malema’s suspension from the ruling party’s structures.

ANC sources said Mineral Resources Minister Susan Shabangu will give delegates a taste of the new resource nationalism plan in her opening address on Tuesday while President Jacob Zuma will use his State of Nation address on Thursday — when the indaba ends — to end the nationalisation debate and reassure investors.

The “land grab style” of nationalisation dominated talk at the indaba last year, giving investors and mining bosses jitters and creating market uncertainty for the past two years.

This year delegates from around the world, braving the blistering heat in Cape Town, will hear about the government’s model to increase control of the country’s $2.4-trillion non-energy mineral wealth and push up taxes on mining companies’ profits and exports.

“I can’t put my head on the block about nationalisation but we are definitely going ahead with the beneficiation policy. We want a model where everyone works together, the private sector, state-owned enterprises and government, that benefits all South Africans,” said Oliphant, indicating that government was moving more towards a centralised model where government consolidates all its resource assets.

‘Comparative advantage’
He added: “We’re still not realising the considerable potential presented by our comparative advantage in minerals. Investors need to realise that they can’t just come here and grab and go. The industry has not been committed to beneficiation over the years. That is going to change. There will be new rules.”

The National Development Plan, the New Growth Path — which has a 5-million jobs by 2020 target — and the associated Industrial Policy Action Plan all call for an increase in beneficiation of strategic minerals as a way to enhance value of exports and stimulate investment in manufacturing. As it stands, raw minerals are exported out of the country and the finished product is imported.

These are some of the interventions contained in the ANC’s five economic policy documents, which Oliphant said will be released for public debate from Monday before it goes to the ANC’s policy conference in June and taken to the elective conference in December.

But given the debate between government officials and the private sector at the roundtable discussion, the new resource nationalism plan is also likely to sit uncomfortably with investors and mining companies.

Apart from increased regulation around safety and rehabilitation of mines and transformation targets, one of proposals on the table is state control through rent share, and growth and development.

Some of the interventions include a 50% tax on the sale of mining rights, a wind fall tax of up to 50% on super-profits (defined as a return on investment of 22%), a reduction in the royalty tax from 4% to 1%, a super ministry merging five ministries to police minerals governance and a rent share of mining rights.

Investment regime
But BHP Billiton South Africa chairperson Xolani Mkhwanazi emphasised: “If the mining regime disadvantages the investment regime, then investors will look at a country with more competitive regulation.”

The perceived over regulation of the industry, talks of nationalisation and infrastructure constraints were some of the main reasons why South Africa missed the resources boom that followed the 2008 global financial crisis.

Mining, once the highest contributor to South Africa’s gross domestic product, now only accounts for 6% and it has shed more than 100 000 jobs since the financial malaise. Poor or lack of infrastructure was identified in national treasury’s medium term budget statement as choking the mining industry and stumping growth.

There were also stinging comments from Oliphant about mining companies creaming profits but their poor record on the safety, environmental, transformation and community development side.

“Where has all those profits gone to. The realities on the ground show there has been no transformation. Mines implement non-sustainable income generating projects that are not yielding any benefits to the communities and most are not creating jobs. Government will push for that to change.”

But Bheki Sibiya, head of the Chamber of Mines, hit back saying government needed to more decisive around legislation and its engagement with companies. “Mining is one of the top five priorities of government, yet Zuma, as president of both the ANC and our country, has never once engaged with the mining industry.”

He added to the debate around the mining industries lack of competitiveness compared to other mining investment destinations such as Canada and Australia.

“Yes, our record on safety is poor. We hang our heads in shame but we’re working on it. We’re learning from the Australians, who have an excellent safety record, even though we don’t like them as a country. But we’re losing to other jurisdictions because we struggle with railway, electricity and water infrastructure,” he said.

Sibiya called for the super highway between Sishen in the Northern Cape and Saldanha Bay port along the Western Cape coast opened up to everyone.

This was after Peter Tamane of South African Mining Development Association, representing the junior minors, pointed out that infrastructure and lack of access to the ports was constraining growth of the smaller players.

He said getting resources out through Saldanha cost almost 80% less than using Coega, for example. Sibiya added that Coega was a “failure” and had become a “white elephant because it was built by government for political reasons”.

The deputy minister retorted that the presidential infrastructure coordinating committee, which was set up in July last year, would deal with some of these issues.

National Planning Commission Minister Trevor Manuel will also lead a panel discussion that will scrutinise the infrastructure problems in the context of the importance of mining and resources in the growth and development of the economy. He will ask: “Could South Africa miss the boat?”

More than 6 000 individuals representing more than 1 000 international companies and about 40 African and non-African government delegations are expected to flock to the Mother City over the next few days for the Indaba. They include fund managers, mining analysts, investment bankers, government officials and chief executives of global and local mining companies.

While it’s a talking shop, the beginnings of my big deals are said to have been facilitated in previous years at the indaba.