Obama insists US has a finger on Iran’s nuclear pulse 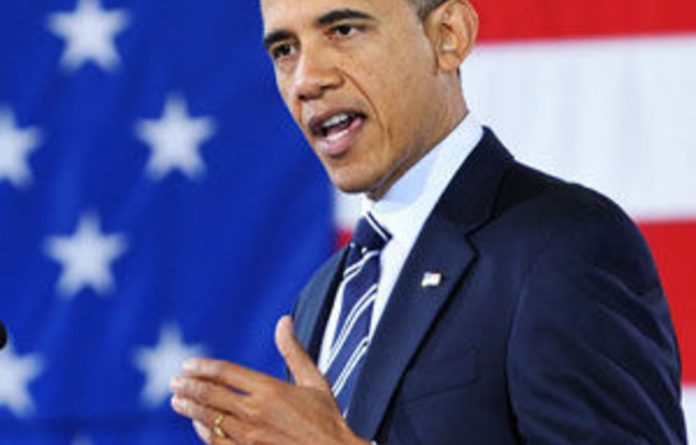 United States President Barack Obama said his country had a good fix on the progress of Iran’s nuclear programme and had long prepared a military response in the Gulf should it become necessary.

Obama made his latest attempt to calm speculation about a possible Israeli or US strike on Iran in the short-term in an interview aired on NBC on Monday, but said it was tough to figure out political dynamics inside the Islamic republic.

“We do have a pretty good bead on what is happening with their nuclear programme,” Obama said.

“Do we know all the dynamics inside of Iran? Absolutely not … One of the difficulties is Iran itself is a lot more divided now than it was, knowing who is making decisions at any given time inside of Iran is tough.”

Republican presidential frontrunner Mitt Romney has accused Obama of not sufficiently laying the groundwork for any military action against Iran’s nuclear programme, but Obama disagreed.

“We have done extensive planning over the last several years about all our various options … we are prepared to exercise these options should the need arise,” he said, but stressed he was seeking a diplomatic solution to the showdown.

‘In lockstep’
On Sunday, Obama also talked about Iran in earlier parts of the interview aired on NBC before annual Super Bowl American football championship game.

He said Washington was working “in lockstep” with Israel to bring Iran to heel despite suggestions the allies had different perceptions of the current threat from Tehran.

“I don’t think Israel has made a decision” to strike Iranian facilities, Obama said in a pre-Super Bowl interview with NBC.

When asked if Washington would be consulted first should Israel move ahead with those plans, he said he could not go into specifics but added that the two allies had “closer intelligence and military consultations” than ever before.

“My number one priority continues to be the security of the United States. But also, the security of Israel. And we’re going to make sure that we work in lockstep, as we proceed to try to solve this — hopefully diplomatically.”

Obama said the Islamic republic was “feeling the pinch” of ever tougher sanctions imposed by the international community, and dismissed concerns that Tehran could retaliate by striking US soil, saying such a strike was unlikely.

“I’ve been very clear — we’re going to do everything we can to prevent Iran from getting a nuclear weapon and creating a nuclear arms race in a volatile region,” he said.

Concerns
Iran maintains that its nuclear programme is for strictly peaceful purposes.

When asked about the newspaper’s article by reporters travelling with him to a Nato meeting in Brussels, Panetta brushed it aside.

“I’m not going to comment on that … Israel indicated they’re considering this [a strike], we’ve indicated our concerns,” he said.

Israel’s Foreign Minister Avigdor Lieberman was due in Washington on Monday, and Prime Minister Benjamin Netanyahu will visit the United States in early March. — AFP