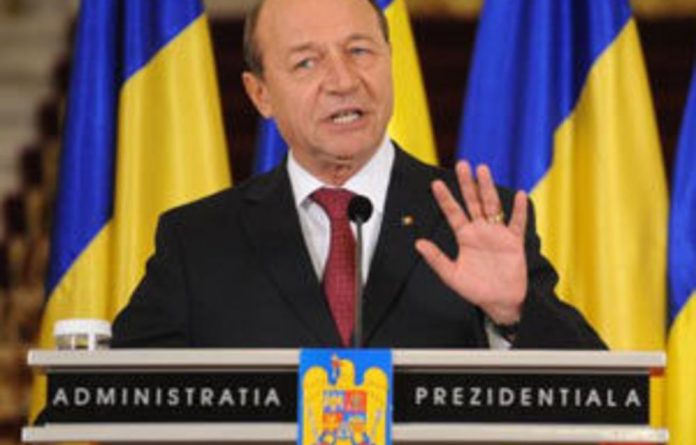 The Romanian prime minister and his Cabinet have resigned after weeks of sometimes violent protests over widespread corruption and austerity measures.

Emil Boc said on Monday he was quitting “to release the tension in the country’s political and social situation”.

During his three-year rule, salaries of state employees were cut by a quarter and VAT increased by five percentage points, while the European debt crisis hit Romania’s exports hard.

It was a toxic combination in a country that was already the second poorest in the EU, better off only than Bulgaria, which also joined the union in 2007.

The collapse of Boc’s Cabinet marks the fall of yet another EU government since the euro crisis started to bite.

Since 2009, governments in Slovakia, Slovenia, Greece, Italy, Latvia, Ireland and the Czech Republic have imploded before scheduled elections with economic woes playing a significant role in each demise.

Voters in Hungary, Spain and Portugal also signalled their unhappiness with the fiscal policies of their governments, plumping for new leaders at the ballot box.

Basescu named Justice Minister Catalin Predoiu as interim prime minister until Ungureanu puts his team and plans up for Parliament’s approval, a vote that will probably come next week.

He will be in charge until the new government is formed over the coming weeks and could potentially hold on to the position until the next general election, in November.

Opposition politicians celebrated Boc’s departure and called for early parliamentary elections. “This is a victory for those that demonstrated on the streets,” said Crin Antonescu, who heads the opposition Liberal party. The “most corrupt, incompetent and lying government” since the 1989 fall of Ceausescu had gone, he said.

Shortly before his resignation, Boc’s approval ratings had dipped below 20% with thousands of Romanians braving freezing temperatures and heavy snow to protest in towns around the country.

They are angry about low living standards and what they say is widespread corruption in a country where the average wage is less than €350 a month and some villages and even parts of Bucharest have no running water or electricity.

Septimius Parvu, deputy director of the Pro-Democracy Association, an NGO based in Bucharest, said Boc’s resignation showed a “slow evolution” in Romanian politics.

Pragmatic calculations
“The change in government shows that politicians are starting to realise they cannot govern without the people,” he said. “They were taken by surprise by the protests, which, even if they were not on the scale of those in Russia, for example, took place all over the country and were the biggest seen in Romania for perhaps 20 years.”

But one protester, PhD student Stefan Guga (26) said it was wrong to characterise Boc’s departure simply as a victory for the demonstrators. It also showed very pragmatic political and electoral calculations on the part of both governing and opposition parties, he said.

“Boc has been made a scapegoat,” he said in a phone interview from Bucharest. “It’s not that his party, the Democrat Liberals [PDL], wanted to get rid of him — but they found it very convenient to push for the prime minister’s resignation and attribute much of the government’s failures over the past years to his personal incompetence.”

Guga, who attended many of the protests in Bucharest’s University Square, said Boc’s leaving was a distraction from the key demands of protesters, which, as well as a respite from painful austerity measures, were for real democracy and an end to corruption.

“For the Democrat Liberals Boc’s resignation can be seen as a last minute solution to save a bit of face before the upcoming local and parliamentary elections,” he said.

The reality, he said, was that the PDL will now regroup and hope that they can avoid early elections so that come November, they have a better chance of winning back the electorate.

The PDL and its allies currently have a slim parliamentary majority. Guga said that if the protesters wanted to see any politician fall on his sword, it was Basescu, the president, a gruff former sea captain who despite holding a position that is theoretically ceremonial has made many policy announcements himself.

‘Difficult decisions’
“He is seen as the man who really pulls the strings in Romania,” said Guga. “The image of Boc was just as Basescu’s puppet.”

Boc, who became prime minister in 2008, urged Romania’s feuding politicians to be mature and rapidly vote for a new government. He defended his record, saying he had taken “difficult decisions thinking about the future of Romania, not because I wanted to, but because I had to”.

Explaining his resignation in a televised speech, Boc said: “I took this decision to release the tension in the country’s political and social situation but also in order not to lose what Romanians have won.

“I know that I made difficult decisions but the fruits have begun to appear. The most important thing is the economic stability of the country. In times of crisis, the government is not in a popularity contest but is saving the country.”

He added that the International Monetary Fund (IMF) has forecast growth of up to 2% this year lower than expected, but higher than the EU average.

Committed at some stage to adopting the euro under the terms of its accession to the EU in 2007, Romania is still struggling with the economic legacy of communist state control.

While not suffering the difficulties that the euro created for leaders in the likes of neighbouring Greece, Romania’s government also struggled to finance itself without external support and found itself forced to make brutal cuts that enraged ordinary citizens.

Shrinking economy
In 2009 it was forced to sign up for a €20-billion loan with the IMF, the EU and the World Bank to help pay salaries and pensions after the economy shrank by more than 7%.

The aid was seen as essential to maintain investor confidence, prevent a run on the currency and keep borrowing costs at sustainable levels, even though its public debt to GDP ratio was the fourth lowest in the EU.

In 2010, the government increased sales tax from 19% to 24% and cut public workers’ salaries by a quarter.

The IMF mission chief in Bucharest, Jeffrey Franks, said: “I see no reason necessarily for this to have a material effect on the aid agreement. We have every expectation the agreement will continue.”

Paul Ivan, research assistant at the Centre for European Policy Studies, said the resignation was not a surprise. “There had been repeated calls for this,” he said in a phone interview from Brussels. “The population had become increasingly unhappy with the austerity policies of the government.”

But Ivan said Romania’s economic problems were not just caused by domestic policies but external ones too. “Romania’s economy is very reliant on the fortunes of the rest of the European Union. So when growth in other countries practically stopped, exports decreased and firms here started to lay off staff,” he said.

Romania’s textile and car industries have been particularly hard-hit, he said. French carmaker Renault has a big Romanian plant which produces the Logan under the badge of its Romanian subsidiary, Dacia.

Most of Romania’s banks are also foreign-owned, said Ivan, meaning that when the debt crisis dug in, they were ever more reluctant to issue loans and mortgages. —