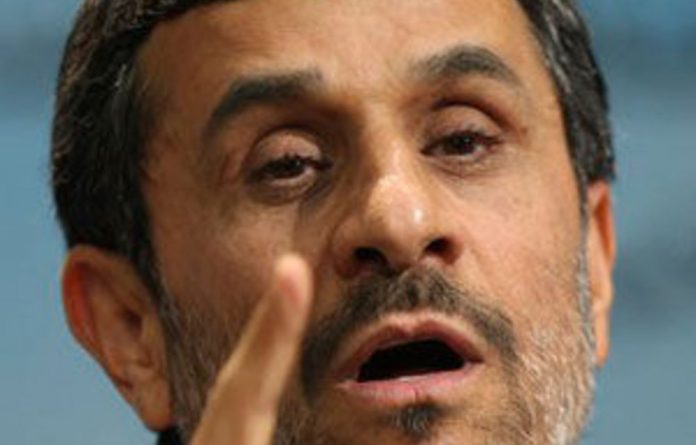 The Iranian Parliament has summoned President Mahmoud Ahmadinejad to answer a series of questions over the government’s handling of the economy and his personal judgments.

The move is unprecedented in the history of the Islamic republic.

After a year of internal debate and unsuccessful attempts to question or impeach the president, MPs secured enough signatures for an attempt to summon Ahmadinejad. They succeeded in persuading the Parliament’s presiding board to read the motion during Tuesday’s open session.

The move comes at a time of discontent at home owing to western economic sanctions and growing international isolation over Iran’s nuclear programme. In recent weeks, fears of a major confrontation between Iran and the west have grown.

Ultimate power
Local news agencies quoted the deputy head of the Iranian Parliament, Mohammad Reza Bahonar, as saying: “Ahmadinejad will be immediately informed about the decision … He has to appear in Parliament a month after being officially informed.”

Earlier this month, representatives of Ahmadinejad had met with MPs in an attempt to address their concerns about the president. But Mostafa Reza Hosseini, a spokesperson for the MPs, told the semi-official Mehr news agency that they “had not been convinced by the answers”, resulting in their summoning the president, in a motion signed by 79 of Iran’s 290 MPs.

This is the first time since the 1979 Islamic revolution that the Parliament has summoned the president for questioning. Abdulhassan Banisadr, Iran’s first post-revolutionary president, was impeached in June 1981 and exiled for allegedly attempting to undermine clerical power in the country.

Previous attempts by Iranian MPs to question Ahmadinejad failed owing to apparent intervention by the country’s supreme leader, Ayatollah Khamenei, who holds the ultimate power in Iran. Khamenei, who adopted Ahmadinejad as his protégé in the past, does not appear to have stepped in this time.

Iranian agencies have published a list of 10 questions the MPs expect Ahmadinejad to answer when he appears in Parliament.

Controversial plan
These include questions about the government’s controversial plan to reform subsidies, his refusal to comply with parliamentary legislation and about a period of time last year when Ahmadinejad stayed away from the presidential palace for 11 days in an apparent protest at Khamenei’s reinstatement of a minister he had asked to step down.

Last year, Ahmadinejad’s unprecedented disobedience of Khamenei and his many public confrontations with the Parliament prompted harsh criticism from conservatives.

Ahmadinejad’s summoning comes less than a month before the country’s parliamentary elections, in March. The vote will be the first national ballot since the 2009 disputed presidential poll, when popular uprisings against the results challenged the legitimacy of the regime.

Iran’s intelligence minister, Heidar Moslehi, has described the March vote as “the most sensitive elections in the history of the Islamic republic”.

A former adviser to an Iranian president, who asked not to be named, said: “The summoning has come at the worst time for Ahmadinejad. It is a shock for the campaign of those of his supporters who are running in the parliamentary elections. At the time when he should be campaigning for his allies, he has to sit in the position of the wrongdoer and defend himself.”

With few weeks before the elections, on March 2, Tehran’s leaders are acting to avert any possible recurrence of the 2009 unrest as calls for a widespread boycott of the vote gather pace among the opposition. —