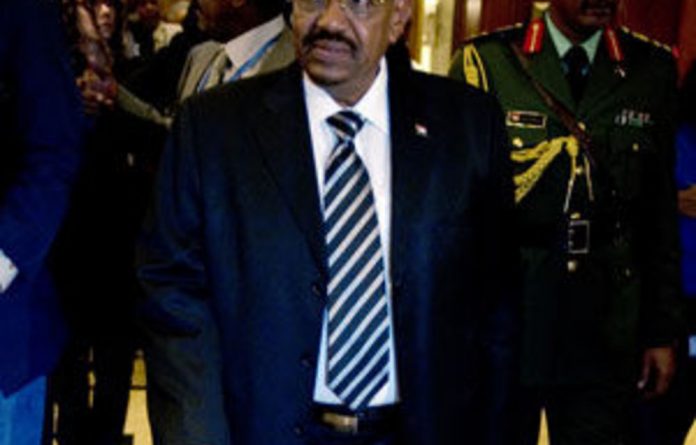 Nearly two million people displaced by conflict in Sudan’s Darfur should go home, President Omar al-Bashir, who has been indicted for alleged war crimes in the conflict, said on Wednesday.

“We will let IDPs [internally displaced people] and refugees start their lives again. It is not acceptable for Darfuri people to live in the camps,” he said in the North Darfur state capital.

“We want all the people in the camps to return to their villages,” he said, promising “peace, security and services”.

The United Nations says about 1.9-million reside in settlements for those displaced by violence in the country’s west region of Darfur, where rebel groups that rose up against the Arab-dominated Khartoum government in 2003 were confronted by state-backed Janjaweed militia. The conflict shocked the world and led to allegations of genocide.

Al-Bashir spoke at a ceremony inaugurating the Darfur Regional Authority, the body in charge of implementing a peace deal signed last year in Doha between the government and an alliance of Darfur rebel splinter factions.

Under that agreement, IDPs have the right to return voluntarily “and in safety and dignity” to their homes, or to resettle elsewhere.

The chief of one IDP camp told visiting journalists last month that officials have to provide “some kind of confidence building” measures to encourage returns.

“First they have to provide the security”, said Ahmed Atim, chief of the eight-year-old Abushouk IDP settlement, which resembles not a camp but a village.

Nothing to go back to
Residents said violence including shooting and looting continues.

According to the United Nations, small numbers of people have returned home but Magdi El Gizouli, a fellow at the Rift Valley Institute, a non-profit research and advocacy group, says many have nothing to go back to.

“The original villages have been wiped out,” he said earlier. “There’s no reality to this.”

Among its other provisions the Doha document calls for a truth and reconciliation committee, a national human rights commission, $2-billion in government support for reconstruction and development, compensation for refugees, and affirmative action for Darfuris in government and military service.

Key rebel groups refused to sign the Doha pact, saying it failed to address the Darfur problem at its roots.

The UN estimated at least 300 000 people died as a result of the conflict in the vast region, with about 300 killed in clashes last year.

Al-Bashir is wanted by the Hague-based International Criminal Court for alleged genocide, crimes against humanity and war crimes in Darfur. — AFP