Chinks in the shadows 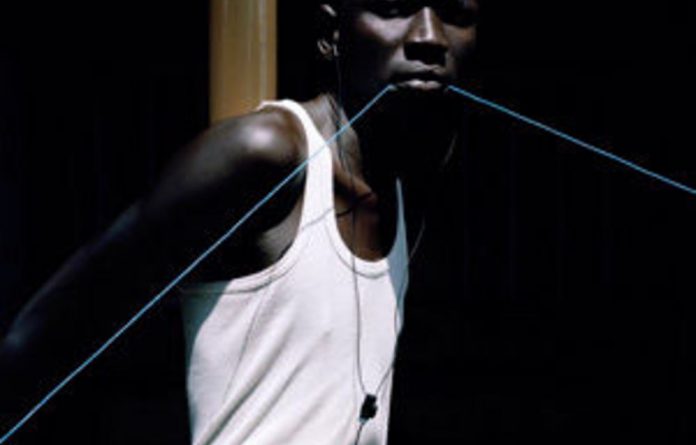 The white of an eye is all that can be seen in some of Viviane Sassen’s most compelling portraiture.

Wandering around Sassen’s Parasomnia exhibition at the Stevenson gallery in Cape Town my imagination is incensed by the provocation. The eye, the face, even the expression is veiled by Sassen’s signature shadow.

Upper-body portraits, full-body ­portraits, entwined people, trees, flowers, foliage, contrasting patterned ­fabrics, red swaths of earth, graves and ­coffins — What appears at first to be badly backlit photography is in fact a highly intentional shadow that ­settles like an added dimension or fourth wall through which the subject only communes with the viewer through chinks in the absence of light.

In the shadows
Who are these people? Are they peering out of the chinks or are we peering in? Are they hiding from the shadow wall or watching? Is that a picture of a tree or a picture of a person hiding behind a tree? Have her subjects relegated themselves to the shadows or are they the manifestations of our own nightmares, pushed to the edge of consciousness, something only seen when looked at through the corner of the eye?

Sassen gives no practical clues, not even telling of the country in which the photographs were taken — although all of them were supposedly taken in East Africa. I read in the exhibition pamphlet that ­Sassen spent her ­childhood in Kenya. She recalls that, when her ­family returned to their homeland of the Netherlands, she felt like a foreigner while simultaneously realising that she did not belong in Africa either.

It is this space in between “home and away, night and day, life and dreams”, I realise, that Sassen animates in her play between shadow and light, longing and belonging. Longing and belonging are also revealed in the human embraces that manifest as physiological knots and mutant beings.

On my second round, now comfortable with the shadows, I squint at the pictures. The fragments of the face, body and patterned fabrics float free and the larger forms shift perspective to create bold abstractions, Picasso-like mosaics.

A bold comparison, but I cannot help recalling the allegation that Picasso’s aesthetic was simply the onset of his migraines and that he hated photographers for being frustrated painters.

Between sleep and wakefulness
It is the title of the exhibition, ­Parasomnia, that makes me think of migraines or cerebral hallucinations. Parasomnias are a category of sleep disorders that manifest when the mind is caught between sleep and wakefulness. This is probably what the New York Times critic Ken Johnson meant when he wrote that Sassen’s contribution to the New Photography exhibition now showing at MoMA “convey how strangely vivid and tantalisingly sad the world can seem to a mind and eye divested of the usual filters of ­perception”.

But in fact, Sassen is herself a parasomniac: between fashion and fine-art photographer, between fiction and documentary, between composition and happenstance, between Africa and Europe, between narrative and abstraction, between shadow and light, between longing and belonging.

The exhibition is on at the Stevenson gallery, Buchanan Building, 160 Sir Lowry Road, Woodstock, until February 25. Website: stevenson.info