Growing pains and cutting their teeth 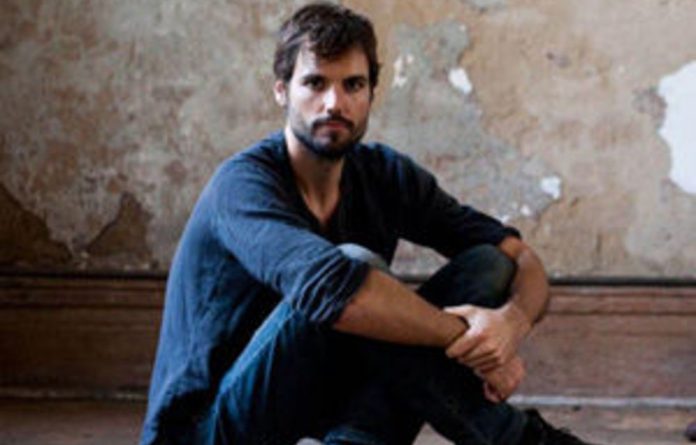 Genre-defying musicians in South Africa such as Givan Lötz — leaning towards indie folk but with that fascinating addition called the loop pedal — have been doing the rounds for a while, but they have only managed to attract a very particular audience in Johannesburg.

With his new sound, Andrew James seems to have retained his loyal listeners from his singer-­songwriter days as half of Cape Town band Cabins in the Forest. He teams up with percussionist James van Minnen, who plays the part of the Steady Tiger in the duo. His gigs in Cape Town are usually packed, often with at least one full row of giggling girls.

James is highly averse to defining his sound as folk. “Bob Dylan is folk. I don’t make folk,” he said over a late-morning coffee in Cape Town’s Long Street. “My music has lots of aspects of rock, bluegrass and country.”

He has been compared with Ben Harper for his lap-style guitar skills, but has also started exploring more obscure lap-style players, making him “kind of like Harper but not”, in his words.

James grew up in suburban Cape Town and has come a long way since his first band with his best friend at age 15 and listening to Bush’s Sixteen Stone and Pearl Jam’s Ten.

Space to grow
He got into acoustics after school and teamed up with Gary Thomas, who has now gone it alone, to form Cabins in the Forest.

The duo lasted two successful years, after which they realised that “two guys who both wrote and sang and had musical ­abilities were never going to have enough space to work”.

After Cabins he focused on lap steel guitars and played solo gigs until Ronan Skillen, the percussionist from fusion-jazz band Babu, put him in touch with Van Minnen. And so Andrew James and the Steady Tiger was born.

The first album, Red in Tooth and Claw, does not mess around. It was produced by the musically astute Aaron Turest-Swartz, the man behind Freshlyground.

Many of the tracks were written in the former Transkei and James described the album as “very ­melancholic, with a lot of anger and frustration I needed to get out”.

Limited audiences
But, he said, gigging in Cape Town was not always easy. “In general, ­people only come out if it’s somewhere they know, or really trendy. They go to things if they know it’s going to be a good social event and not necessarily for the music.”

He also said that the type of music he made was limiting. “We are under no illusions that the market is tiny for what we do. Most of the people in this country don’t listen to folk music, except mostly white middle-class people.”

But he is confident about the ­quality of their music.

“It’s daunting that there are a lot of amazing artists out there, but we’re in that tier that’s authentic and unique. We play finger style and loop style. We’re not just drums and ­guitar. We have a high degree of musicianship. People are moved by what we do, both musically and ­technically. We are all about ­authenticity.”

The album is strong and each song has a unique sound, which is not an easy feat in the genre in which artists run the risk of creating a collection of 10 completely interchangeable tracks. James’s vocal abilities have improved since his days in ­Cabins and his lyrics are sincere. He has grown up and the band says that clearly.

James and Van Minnen are making a name for themselves down south, but plan to visit Johannesburg soon.

Six tracks off their album can be downloaded from their website, andrewjames.co.za

Inside Llewyn Davis: A folk soundtrack for 2014