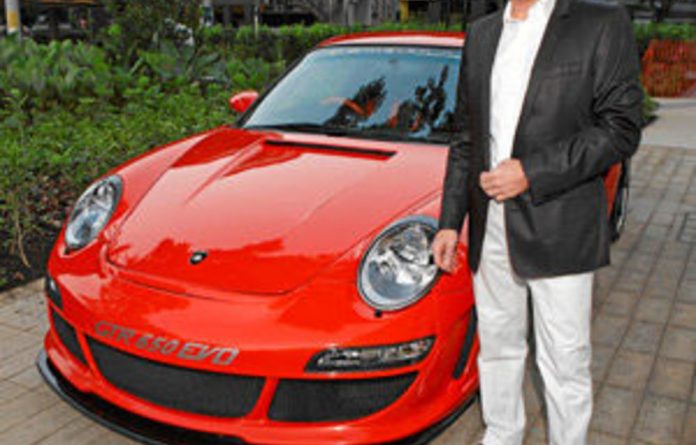 The trial of three men accused of murdering German luxury car dealer Uwe Gemballa is imminent, but evidence suggests that the mastermind behind the crime is still at large.

Garlond Holworthy, Thabo Mogapi and Kagiso Linken appeared in the South Gauteng High Court in Johannesburg on Monday on charges of murder, kidnapping and theft.

The case was postponed to February 13 to give the defence time to view security footage from OR Tambo International Airport.

A fourth man, Thabiso Mpye, reached a plea agreement with the state in October 2010 after confessing to Gemballa’s murder. He was sentenced to 20 years in jail.

Mpye pointed out the location of Gemballa’s body in a shallow grave east of Pretoria eight months after he vanished. He had arrived in South Africa in February 2010.

The lead investigator, Inspector Ludi Schnelle, was removed from the case in November 2010 after a laptop that had been seized from the murder scene disappeared from his office. The disappearance appears to have slowed down the investigation.

The laptop went missing shortly after Mpye implicated his three accomplices and took police to a house where Gemballa had allegedly been held before he was murdered.

The house, at 64 1st Avenue in Edenvale, was rented by Ivan Savov, who was Czech fugitive Radovan Krejcir’s business manager.

Two police sources, both familiar with the case, said prosecutors and investigators had renewed their efforts to follow up leads ignored for more than 18 months.

Early breakthroughs in the case suggested the possibility of a wider conspiracy.

Safi told the police in February 2010 that he had approached Gemballa to launch a franchise of Gemballa Sports Cars in South Africa. It appears that Safi did not tell Gemballa of Krejcir’s possible involvement.

Gemballa was founder and owner of Gemballa Sports Cars, which did tune-ups and luxury conversions on Porches and Ferraris. But his business took a knock during the economic recession of 2007 and he was declared bankrupt in 2009.

Safi and Gemballa discussed by email a “tentative business agreement”, which, according to an article in German newspaper Stern, was “supposed to be a life-saver for the financially stricken Uwe Gemballa”.

Krejcir has repeatedly denied any connection to Gemballa and said that he had only a brief discussion with Safi, who had approached him to back the deal financially.

In a 2010 interview Krejcir said: “I told him [Safi] if he will organise the exclusive contract with Gemballa — I am willing to [invest].”

But Safi contradicted this. Quoted on Carte Blanche last year, he said: “The whole thing with Gemballa, I invited him here. But it was on Radovan and Lolly Jackson’s order.”

Jackson, the owner of the Teazers chain of strip clubs, was also Krecjir’s friend and business associate. He was killed in May 2010 — another murder that has not been solved.

Safi, who distanced himself from Gemballa’s fate, told police that his girlfriend, Tenielle Dippenaar, and his uncle, David Safi, had gone to collect Gemballa from the airport, but they could not find him and left.

Police allege that Holworthy met Gemballa at the airport and drove him to the house in Edenvale where he was later killed.

Other evidence pointing to a broader criminal conspiracy includes:

The coronavirus pandemic has revealed heavy-handed, brutal and, at times, lethal action by some members of the police
Read more
National

Ongoing hate speech, whether in person, among people or on social media, that is directed at vulnerable groups can lead to violence and death
Read more
Advertising
Continue to the category
National