Sharapova crashes out of Paris Open 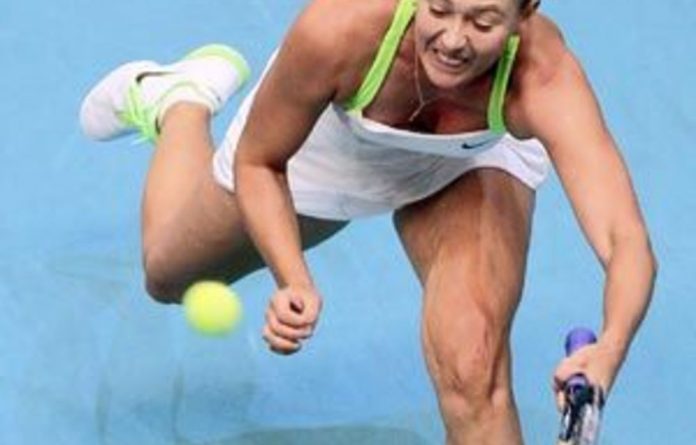 Top seed Maria Sharapova crashed out of the WTA Paris Open in the quarter-finals on Friday after falling 6-4, 6-4 to German ninth seed Angelique Kerber.

Sharapova had breezed past Kerber in straight sets en route to the Australian Open final last month but the 24-year-old exacted sweet revenge on the world number three at a disbelieving Pierre de Coubertin indoor arena.

“It was a tough day because my opponent played really well,” said Sharapova. “I did have opportunities but I didn’t take them today.

“I was up in both sets and I had breaks but she played extremely well — much better than I did, in any case.

“I wasn’t as aggressive as I would have liked. She’s someone who also likes to go in and she has a good amount of power. She used that to her advantage more than I did.”

Kerber, the world number 27, had never previously beaten a top-10 player and will now face either Belgian world number 29 Yanina Wickmayer or 21-year-old German qualifier Mona Barthel for a place in the final.

“I knew before the match that I had nothing to lose and my coach was telling me: ‘If you want to win this match, you’ll have to play your best tennis.’

“I tried to do that and I’m very happy that I beat her and I’m in the semis.”

Playing in her first tournament since losing to Victoria Azarenka in the Melbourne final, Sharapova broke Kerber’s serve twice in the opening set, only for the German left-hander to break back on both occasions.

Kerber, who reached the semi-finals at last year’s US Open, produced some flashing groundstrokes to go 5-4 up but the loss of the first set was all Sharapova’s doing.

The Russian netted a simple volley to hand her opponent a set point and then found the net again with an attempted down-the-line forehand to gift Kerber an unexpected one-set lead.

Sharapova’s shot-making took an erratic turn in a tight second set and after once again failing to protect an early break of serve, she tamely conceded defeat on Kerber’s first match point with an over-hit backhand.

Second seed Marion Bartoli, the last Frenchwoman in the draw, came perilously close to following Sharapova out of the tournament before fighting back from 4-6, 1-4 down to defeat Italian seventh seed Roberta Vinci 4-6, 6-4, 7-6 (7/2).

Roared on by her home crowd, the world number seven battled from 5-2 behind in the deciding set to force a tie-break before clinching a thrilling victory in two hours and 39 minutes.

She will now face world number 51 Klara Zakopalova on Saturday, after the Czech came from behind to win 3-6, 7-5, 6-1 against German sixth seed Julia Goerges, who appeared to be hampered by a left thigh injury in the deciding set. — AFP