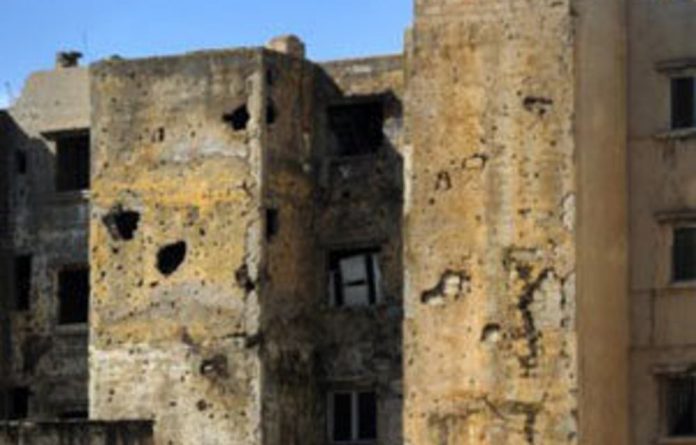 Syrian forces bombarded districts of Homs and attacked other cities on Monday after Arab states pledged support for the opposition battling President Bashar al-Assad and called for international peacekeepers to be sent to the country.

Tank fire was concentrated on two Sunni Muslim neighbourhoods that have been at the forefront of an 11-month-old uprising against Assad, activists said.

“Mortar rounds and bombardment from BTRs [infantry fighting vehicles] are heavily hitting Baba Amro. We do not have numbers for any casualties because there is no communication with the district,” activist Mohammad al-Hassan said from Homs.

Activists said 23 people were killed on Sunday, adding to a toll of more than 300 since the assault on Homs began on February 3.

The renewed barrages served as an emphatic response to Arab League moves to boost the opposition campaign against Assad, who is resisting calls to step down after 11 years of authoritarian rule.

Meeting in Cairo on Sunday, Arab League ministers proposed a joint United Nations-Arab peacekeeping force for Syria and pledged to provide political and material aid to the opposition.

However, the plan faces all kinds of obstacles. World powers are divided over how to resolve the crisis and Russia and China, who vetoed a UN Security Council resolution on Syria on February 4 are unlikely to welcome foreign intervention.

Peacekeeping mission
In Moscow, Foreign Minister Sergei Lavrov said Russia was studying the Arab proposal for a peacekeeping mission but wanted more details. He said violence should end before any such mission takes place and international pressure should focus on the Syrian opposition as well as the government.

“In other words, it is necessary to agree to something like a ceasefire but the tragedy is that the armed groups that are confronting the forces of the regime are not subordinate to anyone and are not under control,” Lavrov said.

China’s foreign ministry on Monday backed what it termed the Arab League’s “mediation” but offered no clear sign of support for its call for peacekeepers.

“Relevant moves by the UN should be conducive towards lessening tension in Syria, pushing political dialogue and resolving differences, as well as maintaining peace and stability in the Middle East, rather than complicating things,” ministry spokesperson Liu Weimin told a regular news briefing.

Russia and China were both heavily criticised by the West for blocking the draft UN resolution that backed an Arab League call on Assad to step down.

But the US and European powers are reluctant to get dragged in militarily, fearing this would be more risky and complicated — given Syria’s position along crisscrossing fault lines of Middle East conflict — than the Nato-led air support that helped Libyan rebels oust Muammar Gaddafi last year.

British Foreign Secretary William Hague said on Monday any peacekeeping troops in Syria should come from non-Western countries. “I don’t see the way forward in Syria as being Western boots on the ground in any form, including in any peacekeeping form,” he told reporters in South Africa.

Political change
“Of course, if such a concept can be made viable, we will be supporting it in all the usual ways,” said Hague.

The fragmented nature of the opposition to Assad, who is from the Alawite minority in the mostly Sunni Muslim country, is also a problem for those keen on political change in Syria.

Syria, which says it is fighting an insurgency by foreign-backed militants, called the League’s resolution “a flagrant departure from the group’s charter and a hostile act that targets Syria’s security and stability”.

UN secretary general Ban Ki-moon’s spokesperson said he supported the League’s efforts to stop the violence and seek a peaceful resolution to the crisis.

The Syrian uprising, in which more than 5000 people have been killed, has become one of the bloodiest of the Arab Spring revolts sweeping the region since the end of 2010.

Analysts say that while Syria is slipping towards a civil war whose sectarian dimensions could inflame the wider region, Assad’s downfall is far from imminent. The unrelenting assaults on opposition strongholds show his determination to crush his foes and resist reforms other than on his own terms, they say.

Pro-democracy demonstrations
In Homs, government troops concentrated their fire on Baba Amro in the south and al-Waer in the west, which borders the Military College, a main assembly point for tanks and government troops, opposition campaigners said.

Activist Hassan said al-Waer, scene of large pro-democracy demonstrations for months, had come under attack in the last several days from pro-Assad militia known as shabbiha.

“We heard that the Free Syrian Army has started responding by attacking roadblocks being manned by shabbiha. Communications with al-Waer have been cut off and the sound of shelling can be now heard,” Hassan said.

The Free Syrian Army, led by military defectors, has taken the central role in armed opposition to Assad’s government. Accounts on the ground are difficult to verify because Syria restricts access by journalists.

On Sunday armour-backed troops raided the al-Inshaat district of Homs. Tanks ran over civilian cars and troops ransacked houses and burned furniture in the streets as collective punishment, the Coalition of Free Homs said.

A Syrian Red Crescent aid convoy had reached Homs and volunteers were distributing food, medical supplies and blankets to thousands of people affected by the violence, the International Committee of the Red Cross (ICRC) said.

“The population, particularly the wounded and sick, are bearing the brunt of the violence,” the ICRC chief in Damascus, Marianne Gasser, said.

Shelling
A YouTube video showed a doctor in al-Bayada district with the bodies of three men on the floor, the body of a woman on a table and an injured man on a bed, with no signs of any medical equipment except for an oxygen bottle.

“We do not have any medicine, equipment or staff. The hospital is this four metre by four metre room,” the doctor said.

The Syrian Observatory for Human Rights said shelling had also started up again on the city of Rastan in Homs province.

Government forces had made failed attempts to storm Rastan at dawn from its southern entrance. Rebels destroyed an armoured vehicle and killed three soldiers, the Observatory said.

In the city of Hama, 50km north of Homs, government forces backed by tanks and armoured vehicles killed at least one man when they raided neighbourhoods on Sunday near the countryside where the Free Syrian Army has been active.

“It is the third day of such incursions. They fire heavy machine guns and anti-aircraft guns at random, then they go in and raid houses and arrest dozens of people,” activist Fady al-Jaber said from Hama.

The official Syrian news agency said a “terrorist group” had abducted an army colonel in the Qarabees neighbourhood of Homs, without giving a date. It said security forces have confiscated weapons and explosives while chasing militants in Hama. — Reuters