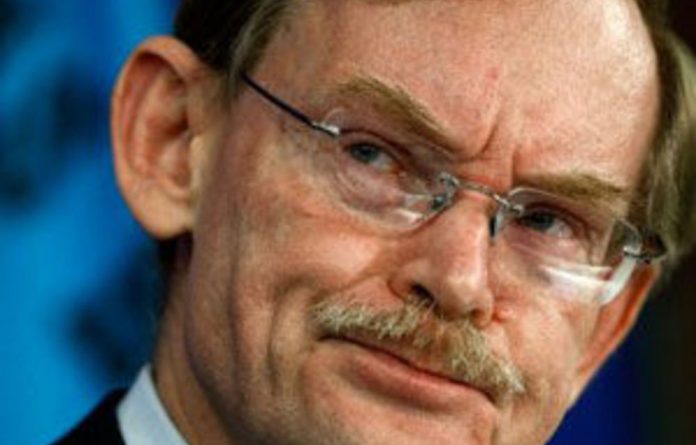 World Bank president Robert Zoellick will leave the job at the end of his five-year term on June 30, the bank announced on Wednesday.

No mention was made of his successor — traditionally nominated by the US. Speculation has focused on US Secretary of State Hillary Clinton, Treasury Secretary Timothy Geithner and former treasury chief Larry Summers.

Under Zoellick the bank “played an historic role during the global economic crisis, using record replenishments to provide more than $247-billion to help developing countries boost growth and overcome poverty,” the bank said in a statement.

“I’m very pleased that when the world needed the bank to step up, our shareholders responded with expanded resources and support for key reforms that made us quicker, more effective and more open,” Zoellick said in the statement.

“The bank is now strong, healthy and well positioned for new challenges, and so it is a natural time for me to move on and support new leadership.”

A former US trade representative and deputy secretary of state, Zoellick took the job in July 2007, just as the US financial crisis began to erupt.

Ethics cloud
He replaced Paul Wolfowitz, the former US defence secretary who held the job for two years before resigning under an ethics cloud related to his personal relationship with and alleged unfair career support for a World Bank external communications official.

Washington has named every World Bank chief since the institution was established in 1945, in a “gentleman’s agreement” that has allowed Europe’s leading powers to choose the head of its sister organisation, the International Monetary Fund (IMF).

In recent years the voices from the rising economic powers have called for a change in that arrangement.

But, despite some controversy, after Dominique Strauss-Kahn resigned as IMF head in May, Europe’s choice of French finance minister Christine Lagarde to replace him was accepted by the Fund.

Clinton, Geithner and Summers have all been mum on whether they are interested in the job. While Clinton and Geithner are both at the moment crucial deputies of US President Barack Obama, Summers is currently a professor at Harvard University, where he once served as president.