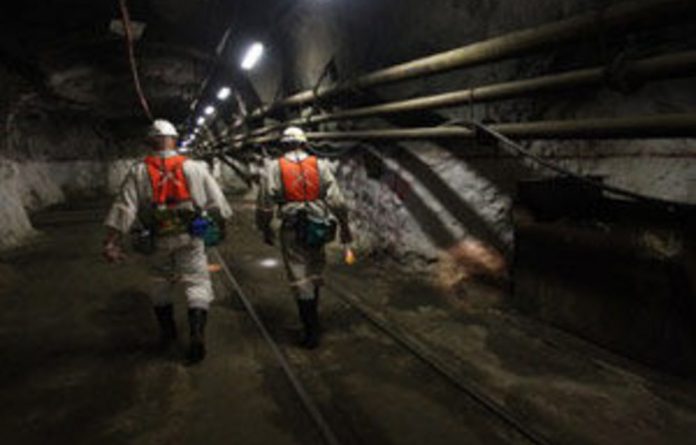 Continued industrial strike action has taken a major toll on Impala Platinum’s production at its Rustenburg mine.

As of February 14, the disruption has resulted in a loss of production of 60 000 ounces of platinum — equivalent to R1.2-billion in revenue.

The world’s second largest platinum producer released good interim results at the lavish Summer Place in Johannesburg on Thursday but warned shareholders should not expect such favourable figures when annual results are released in August.

The strike was sparked by a group of rock drill operators who initiated the illegal action on January 27. As a result Implats dismissed 17 400 workers and is in the process of rehiring staff, although violent acts of protest and intimidation continue.

CEO David Brown said the company would continue to negotiate with remaining strikers but said action was most unusual as the representing union, the National Union of Mineworkers, seemed unable to communicate with its members. “We are struggling to get traction on a group to negotiate with.”

For example, Brown said, a list of grievances had not yet been submitted. “We have not received any formal demands which, at a managerial level, is a source of great frustration.”

On Thursday morning media reported a person had died in the clashes but Paul Dunne, Implats executive director of operations, said there was a terrible amount of misinformation circulating over the matter.

“No one has died as a result of the strike action,” he stated.

Brown said the majority of people participating in the strike on Thursday were not Implats workers. “It has spread to surrounding communities it’s a sort of civil disorder,” he said.

Brown said the circle of intimidation had to be broken and police presence needed to be intensified.

Original forecasts for annual production figures have already been revised because of the losses this month.

Nevertheless, Implats presented impressive figures for the half year. Headline earnings shot up 67.8% to R3.4-billion, while revenue was marginally higher at R15.4-billion from R15.3-billion. Profit was up from R2.15-billion last year to R3.56-billion now.

Even “heavy-handed” safety stoppages enforced by the department of minerals and resources did not effect Implats’ production reports (which remain unchanged) as they had for other platinum giants like Anglo Platinum and Lonmin, which experienced big drops in production.

Brown said it was “a good operational performance in a difficult operational environment” although the market outlook is also expected to remain volatile.