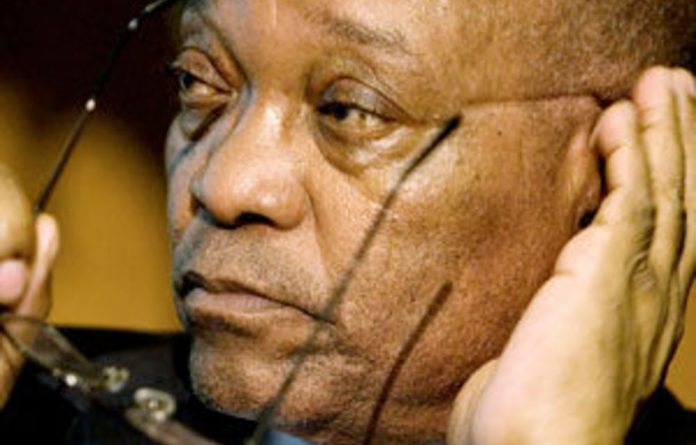 Counsel for President Jacob Zuma conceded at the Supreme Court of Appeal in Bloemfontein on Wednesday that “the [2009] decision not to prosecute him [for corruption] can be revisited at any time” — but still attempted to keep the door to that ever happening firmly shut.

Advocate Kemp J Kemp SC, acting for the president, noted that that there was a “timelessness” to the charges, but any review of then-acting national director of public prosecution (NDPP) Mokotedi Mpshe’s decision to drop charges against Zuma just before the 2009 presidential elections would have to occur on the narrow grounds of a rule of law challenge, rather than through the Promotion of Administration of Justice Act (Paja).

And not, argued Kemp, before whoever brings that challenge, can prove his locus standi (legal standing) in the matter.

The Democratic Alliance (DA) was at the appeal court to prove its legal standing in bringing an application to have Mpshe’s decision reviewed, after the North Gauteng High Court had found that the political party did not have the standing to ask for a review of that decision and for the record of all the information in front of Mpshe when he made the call.

Mpshe had withdrawn the corruption charges after the NPA was provided with tapes of discussions between then Scorpions boss Leonard McCarthy and then NDPP Bulelani Ngcuka.

The discussions allegedly revolved around the timing of charges to be brought against Zuma — just after the ANC’s national conference in Polokwane in 2007 where he was voted president of the party — and apparently suggested a political conspiracy against him. Zuma had also made submissions to the National Prosecuting Authority (NPA).

Both the NPA and Zuma had earlier argued that the latter’s confidentiality agreement and the “highly controversial” nature of the record made it impossible for the record to be handed over.

Kemp told the court that the oral submissions made by the president had to thus be excluded from anything handed over and that “we do want the first respondent [NPA] to show us the documents it intends furnishing in advance”.

“We don’t know what is in the record,” said Kemp.

Mpati, Navsa and Plasket especially, appeared to be manning the heavy artillery.

Advocate Sean Rosenberg SC, acting for the DA, was interrogated over the party’s standing and whether it was actually acting in its own political interests rather than those of the broader public. Rosenberg noted that private interest “does not preclude” public interest.

Mpati questioned him on whether their judgment — if in the DA’s favour — would not set an unhealthy precedent or “opening of the floodgates” to an increasing number of challenges to decisions to prosecute or not.

Rosenberg suggested that the matter was of “grave public significance” and that there was “no reason to suggest that [the DA] has an ulterior motive”.

As the bench grappled with Rosenberg over court rule 53, which allows for reviews of records and decisions according to time-frames, the advocate acknowledged that while the Constitution may have “constricted and limited” the rule — something the NPA was arguing — “these boundaries shouldn’t be drawn to contain”.

Rosenberg also responded to the NPA’s submissions that the record had not been provided because of the “mindboggling” size of it, by asserting that Mpshe’s decision was not made on “four million documents” but what was on his desk — which the DA were keen to have a peek at.

Concerns
Paul Kennedy, acting for the NPA, argued that it needed both a waiver form the president and the establishment of standing before it was prepared to release documents to the DA. He also argued that rule 53 had been “constricted” to a “narrow administrative function”.

An on-form Navsa questioned whether any law-abiding South African citizen concerned with good governance and the “transparency of our public institutions” was not in standing good enough to launch an application such as this.

When Kennedy noted that there “are certain categories of decisions where it is not in the public interest to have them reviewed”, Navsa argued it to its rational conclusion, asking Kennedy whether “the NDPP, as an office, [would then be] beyond scrutiny”.

It was a submission that “really concerned” Navsa: “You can’t have prosecutorial decisions that are inscrutable, that are beyond judicial review.”

The NPA also conceded that Mpshe’s decision was reviewable, but not under Paja.

The KwaZulu-Natal MPL, who is running against John Steenhuisen for the post as party leader, embodies the hopes and dreams of the majority of citizens
Read more
Politics