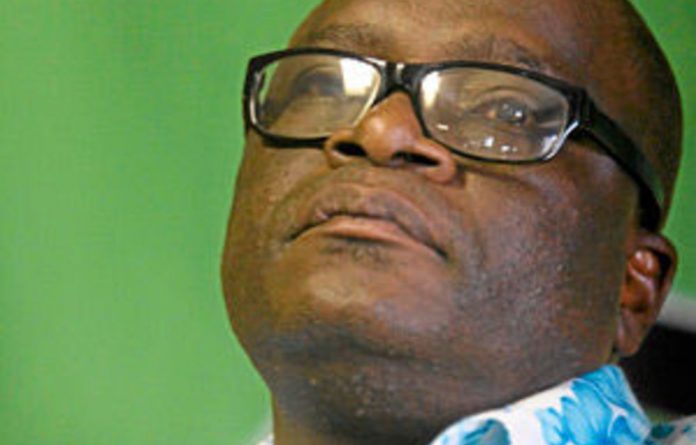 The subject of a corruption probe, controversially shelved by the Scorpions in 2008, has emerged as the spearhead of the ANC’s growing campaign to clip the wings of the Constitutional Court. He is Ngoako Ramatlhodi, the deputy minister of correctional services.

In 2009, the Mail & Guardian published an exposé of a Ramatlhodi property deal which, it said, pointed either to corruption or to the abuse of power.

President Jacob Zuma, in his latest broadside against the judiciary, told The Star this week that judges were not “special people” and that the powers of the court were “a general societal issue”.

The report said a review of the court’s powers was proposed at a recent ANC national executive committee meeting by “a deputy minister and ANC leader” — understood to be Ramatlhodi, who is on the committee.

This followed an article in The Times last September in which Ramatlhodi argued that South Africa’s internationally acclaimed Constitution was a compromise that “emptied the state” and disempowered the black majority, and that “forces against change reign supreme in the economy, judiciary, public opinion and civil society”.

In 2009, shortly after being elected chairperson of Parliament’s justice committee, he attacked then-chief justice Pius Langa as a “source of irritation” because he and other presiding officers had dared to suggest that Zuma had abused the legal process by constantly using preliminary pleas to stall his corruption trial. The ruling was signed by all but one of the court’s judges.

Ramatlhodi, ANC president Oliver Tambo’s speechwriter in exile, was installed as Limpopo premier in 1994. When he stepped down 10 years later, he was apparently marked out for the powerful position of director of public prosecutions.

But his prospects appear to have been damaged by the failure of his application to join the Bar. Central to this was a long-running Scorpions investigation of kickbacks he allegedly received from a company that benefited from a provincial grants distribution contract while he was premier.

At the heart of the affair was Cash Paymaster Services’ empowerment partner, Northern Corporate Investment Holdings, which earned about R30-million from the contract between 2000 and 2003.

Northern Corporate was controlled by lawyer Solly Mohale and businesspersons Gideon Serote, Haroun Moti and Habakuk Shikoane. Shikoane, Limpopo’s “furniture king” and the Scorpions’ star witness, stated in affidavits that Ramatlhodi had initiated Northern Corporate and secretly received a regular slice of the payments it received.

He submitted two handwritten “distribution lists”, showing a 15% profit share for the “Chief”, whom he identified as the premier. Ramatlhodi vehemently denied the allegations.

The Scorpions also established that money from Northern Corporate or Mohale had assisted Ramatlhodi to buy property, including a mansion outside Tzaneen, “the Pumpkin Palace”, for R1-million.

The intermediary in this transaction was local businessperson Michael Toulou, who, Ramatlhodi claimed, had advanced him a R500 000 loan, which he intended repaying. Ramatlhodi said he provided cattle as security, which Toulou looked after.

It also emerged that Toulou was the business partner of Demetrios “Jimmy” Kourtoumbellides, a Limpopo businessperson who benefited from large provincial property tenders, and Johannes Moolman, who chaired the provincial tender board that controversially re-awarded the grants tender to Cash Paymaster Services in 2002. Ramatlhodi and his Cabinet appointed Moolman.

Temporarily in the doldrums, Ramatlhodi’s political fortunes began to revive after he positioned himself as a card-carrying member of the “coalition of the wounded”, who backed Zuma’s bid for the ANC leadership.

He was forced to apologise, for example, after claiming in a public speech that party leaders who had fallen out with Mbeki, including Zuma and Western Cape strongman Tony Yengeni, were being “maliciously” probed and prosecuted.

In 2007, the Scorpions reportedly had enough evidence to prosecute him for the Northern Corporate saga. But a year later, acting prosecutions chief Mokotedi Mpshe announced that he had received representations from Ramatlhodi and would drop the charges.

Mpshe gave no reasons for his decision other than stating that “it would not be in the interests of justice to pursue the matter any further”.

The M&G‘s exposé revealed that, while Ramatlhodi was Limpopo premier, his close friend, businessperson Joe Mogodi, had fronted for him and helped him bankroll the secret purchase of a Bushveld farm for R2.2-million.

Later, Mogodi turned out to be a member of a consortium awarded a lucrative casino licence by Ramathlodi’s government. The M&G also established that the head of the provincial gambling board that awarded the licence was Seth Nthai, Ramatlhodi’s personal advocate.

The newspaper had revealed earlier that two-and-a-half years after buying the farm in 1996, he sold it to Anglo Platinum for the controversial resettlement of communities at a face-value profit of R1-million.

Ramatlhodi has initiated legal action over the story.