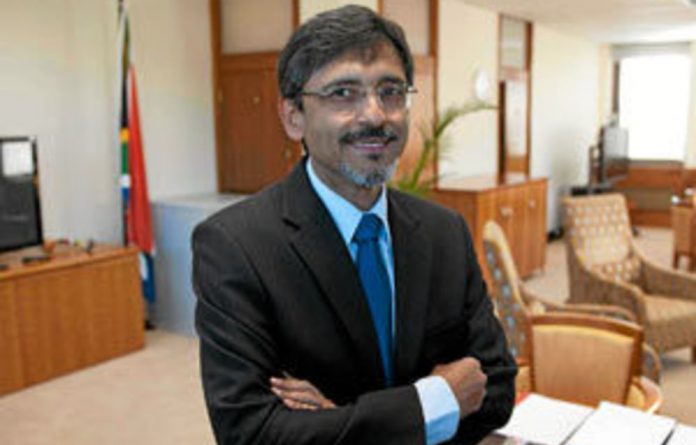 The government is taking a tough-love approach to drive its bold, integrated R1-trillion infrastructure plan and the state will crack the whip on both private sector and weak state institutions.

“You can expect quite hard bargaining between ourselves and the private sector on the terms of involvement,” Economic Development Minister Ebrahim Patel said this week in a wide-ranging interview with the Mail & Guardian about the state’s plan to prop up the economy.

The plan expands on existing projects and policies, but it was laid out clearly for the first time in President Jacob Zuma’s State of the Nation address last week. It reveals a fresh approach to stimulating growth and job creation, although it has not been welcomed warmly by all.

Some commentators regard it as little more than an expensive scheme to extend state intervention in the economy. Others say it is doomed to fail, given the government’s patchy record in project planning, which has led to costly delays in major projects such as the Medupi and Kusile power stations. By the state’s own admission in documents such as the national development plan, its ability to deliver is weak.

But Patel said the state would not make the same mistakes. It was seeking a more pragmatic approach to involve the private sector and co-ordinate all spheres of government to get projects off the ground quickly and cost-effectively.

He said that to roll out everything, from new dams and roads to railway lines, would also need a “broader national accord” to ensure more “positive industrial relations”. But he would not say whether this accord would deal with a pact over wages and executive pay, both controversial issues, although he added that it would fill some of the gaps not met by social accords signed last year.

In his speech this week on the State of the Nation address, Patel said that “an integrity pact”, which would tackle the “need for competitive pricing, firm action against public and private sector corruption and co-operative industrial relations”, would be part of the accord.

What is on the cards
The important question is: How will the government pay for this grand scheme (See “State can afford to take on more debt”, Page 4)? The private sector, an obvious port of call for funds, has long been crying out for ways to increase its involvement in infrastructure development, if only to ease its ability to do business.

But he was clear that the government would not settle for partnerships in which the public sector assumed all the risk while the private sector walked away with all the rewards. “This is not a model that is in the interest of the South African public and taxpayers,” he said.

“Where the private sector is useful is where it is prepared to shoulder some risk and if it can bring considerable experience and expertise around design issues, including designing for fitness for purpose to reduce the price of a project and enhance its benefits.”

Other funding options would include approaching the Bric (Brazil, Russia, India and China) nations and Gulf state sovereign wealth funds, raising money from the balance sheets of state-owned enterprises in capital markets, and a more muscular use of development finance institutions such as the Industrial Development Corporation (IDC) and Development Bank of Southern Africa. But leaning on these entities will increase the companies’ exposure to risks because of the parastatals’ poor financial record.

It was reported earlier this week that national airline SAA faced another loss-making year, possibly requiring a further state bail-out of between R4-billion and R6-billion. Meanwhile, the IDC has an impairment ratio of 17% on its book. This is in stark contrast to an impairment ratio for the private sector of roughly 4%, which was forecast in the 2010 annual report of the Reserve Bank’s bank supervision department. But, Patel said, the IDC impairment ratio measured investment at cost; when measured at market value it would drop significantly, to about 7%.

Impairment was a function of risk, Patel said. “Development finance institutions [base] their very rationale on the fact that they must step in where private sector investors are reluctant, because the risks are too high for them or because the returns are too long term for the appetite of their shareholders.

“You can retain low impairment rates when you invest in blue-chip stocks and live off the dividend flow of safe investment. But economies don’t grow under these circumstances. Economies grow when risks are taken and when you unlock opportunities.”

A third and very important element of funding would be the use of tariffs.

“A big part of this programme will be based on the user-pays principle,” he said. “By entering into supply agreements where a customer commits to a take-up [of goods or services] over a period, you are able to secure sources of funding against bankable business plans with clear take-off agreements.”

In addressing industrial relations, Patel’s comments about a broader accord suggest that political statements about the infrastructure plans will incorporate lessons from the 2010 Soccer World Cup and may be more than mere rhetoric.

Other sticky issues
Labour relations were a thorny issue during the construction phase for World Cup stadiums. A number of strikes took place, sparking fears of delays and cost overruns.

But, in the spirit of a shared national project, public sector workers promised not to down tools during the tournament, when the world’s gaze was on South Africa.

In addition to this, the run-up to the World Cup showed what integrated government planning could achieve.

In the past the state has been its own worst enemy in infrastructure roll-out. Difficulties acquiring land servitudes and environmental approvals — a government function — was one of the chief bugbears for Transnet when it was building its new multiproduct pipeline from Durban to Johannesburg.

Patel said that, under the direction of the Presidential Infrastructure Co-ordinating Commission, every essential decision-maker needed to unblock any stoppage on a key project could be found in one room, from national ministers to provincial and local government authorities. “Have one place, a clearing house, where blockages can be identified and decisions can be made,” he said.

The introduction of an Infrastructure Development Bill, revealed earlier this week, was designed to implement this co-ordinated approach and assist in synchronising administrative decision-making.

The great test, as with every new vision outlined by the government in recent years, will be to see if positive policy intentions can withstand the dual pressure of capacity constraints and poor governance in both the ­government and private sector.

Patel did not play down the damage that shoddy financial or supply-chain management had done to infrastructure development. But he said the state was working to address the gremlins in the system, including eradicating corruption and trying to prevent costly delays resulting from weak project planning.

Attracting expatriates with a high level of engineering and project management skills and easing immigration rules in scarce skills categories linked to infrastructure were some of the ways the government hoped to address its capacity deficit, he said.

The nitty-gritty of funding plans
Economic Development Minister Ebrahim Patel and Public Enterprises Minister Malusi Gigaba put flesh on the bones of the government’s infrastructure plans this week during their speeches in the National Assembly. They outlined some ways to fund the government’s new vision, an expanded blueprint for Transnet and ways to include private sector role players.

Coal suppliers be warned
Administered prices will have to be tackled to support the state’s infrastructure plans, but this could mean headwinds for Eskom’s coal suppliers.

Public Enterprises Minister Malusi Gigaba warned this week that coal for Eskom had to be secured at lower prices to curtail electricity price rises, in particular, and to secure electricity supply.

“We will need to gain more certainty around Eskom’s input costs, especially coal price increases, over the next five years and a pact will be needed with its suppliers of coal to limit price increases to the absolute minimum, preferably in the single-digit percentages year on year,” he told the National Assembly during a debate on the State of the Nation address.

He also said that, to keep the lights on, all sectors of the country, but large users in ­particular, would have to cut their consumption by 10%.

Preparation for a mandatory energy conservation scheme had to begin immediately, he said, and would be maintained until December 2013.