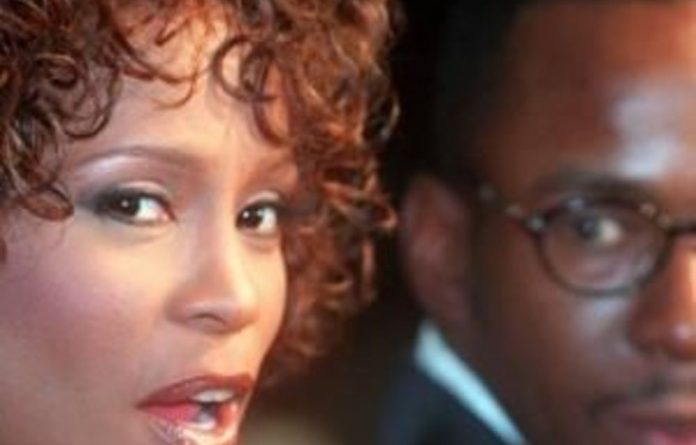 Music greats and Hollywood icons joined family members of Whitney Houston on Saturday at a church in her hometown to pay tribute to the pop diva a week after her sudden death.

A gold-coloured hearse bearing Houston’s body approached Newark’s New Hope Baptist Church, where she sang as a child, about two hours before services were to begin, as police on horseback stood sentry outside.

Streets near the red-brick church, which has been adorned with floral tributes, candles, balloons and condolence cards in recent days, were sealed off as the memorial service is by invitation only.

The church has a capacity of only 1 500 and fans have been respectfully asked to stay away for fear of crowds disrupting the event.

Aretha Franklin and Stevie Wonder will sing, and Houston’s Bodyguard co-star Kevin Costner is expected to speak to the gathering of relatives, friends, churchgoers and colleagues from the entertainment world.

Icons to perform
Houston’s death in Los Angeles on the eve of the Grammy Awards last weekend at the age of 48 prompted shock and an outpouring of grief and respect from fans and contemporaries across the world.

A programme for the service obtained by CNN shows queen of soul Franklin will perform one of Houston’s biggest hits, The Greatest Love of All, while Motown star Wonder will sing his 1982 classic Ribbon in the Sky.

Clive Davis, Houston’s producer and early mentor, will be at the funeral as will the late star’s cousin and fellow singer Dionne Warwick and civil rights leader Reverend Jesse Jackson.

Pastor and gospel singer Marvin Winans, a friend of Houston’s from Detroit, will give the eulogy.

Ex expected to attend
Winans conducted the marriage ceremony of Houston to soul singer Bobby Brown in 1992, a union that ended in divorce 15 years later after an emotionally combustible relationship.

Ties between Brown — who had daughter Bobby Christina, now 18, with Houston — and the dead singer’s family remain strained, but he is expected to attend the service.

Houston will be buried on Sunday at Fairview Cemetery in Westfield, New Jersey next to her father, John Russell Houston, who died in 2003.

Gospel star Donnie McClurkin said it would be tough for him to “sing on top of the loss” of someone was not just a worldwide pop idol, but also a family friend.

“It’s a different scenario altogether,” he told CNN. “It’s going to really take some time to get over this one.”

‘Nothing to see here’
Houston sold more than 170-million records during a near three-decade career, and in later years she fought a long and public battle against substance abuse.

Speculation has raged since her death that the singer may have succumbed to a lethal cocktail of prescription drugs and alcohol, although official results from her autopsy may not be made public for up to eight weeks.

Saturday’s private service is meant to be a homecoming and celebration of Houston’s astonishing career, though some fans had hoped for a large public memorial event at a nearby stadium.

But family friend Deforest Soaries, a reverend who has known the Houstons for decades, said such a huge event would become a “spectacle” that “would not be consistent with the values of this family, this tradition and the values of Whitney herself”.

“This is not a performance, this is a worship experience,” he told CNN.

“I would advise the public that there really is going to be nothing to see here at the church,” DeMaio said. –AFP

Fourteen days of quarantine in a Centurion hotel may be tedious, but for Kate Bartlett, there are plenty of laughs with new friends
Read more
World

The New York Post ran a gallery of photographs of Biden's "most touchy-feely moments," embracing and kissing women at public events over the years
Read more
Africa

How CNN reported on ‘child slaves’ who were not really enslaved

Despite what a recent CNN documentary claims, there is no pervasive child slavery problem in Ghana's Lake Volta region
Read more
Africa

Once again, Africans have been reminded that some deaths, and thus lives, are more important than others
Read more
Opinion

According to new research, the volume of disinformation and fake news in the run-up to the Nigerian election is unprecedented
Read more
Advertising