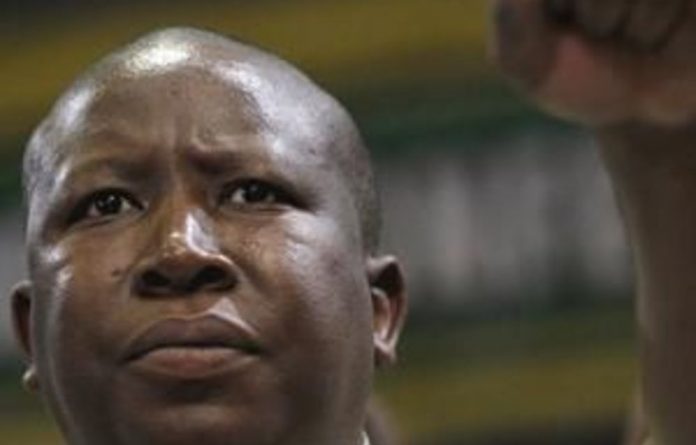 ANC Youth League president Julius Malema has called on young people to fight for the “unbanning” of the youth league, SABC news reported on Sunday.

Addressing his followers in Bushbuckridge, Malema said he would continue to support the African National Congress even if he was expelled, the broadcaster said.

The ANC’s national appeals committee confirmed Malema’s five-year suspension, but the party referred the matter back to the disciplinary committee to considering plea for leniency for his and other youth leaders’ sentences.

Malema said the youth should not be intimidated.

“We are ready to confront every situation. We are fearless, we are more determined to fight for the economic freedom of our people and therefore any form of intimidation is not working,” he was quoted by the SABC.

“Actually, when you intimidate us, you make us to be determined in our calls for the total liberation of our people.”

Malema and his executive were found guilty in November of bringing the ANC into disrepute and of sowing division in the party, partly for making comments about regime change in Botswana and comparing President Jacob Zuma unfavourably to his predecessor, Thabo Mbeki. — Sapa