On Chris Vick and sympathy for the devil 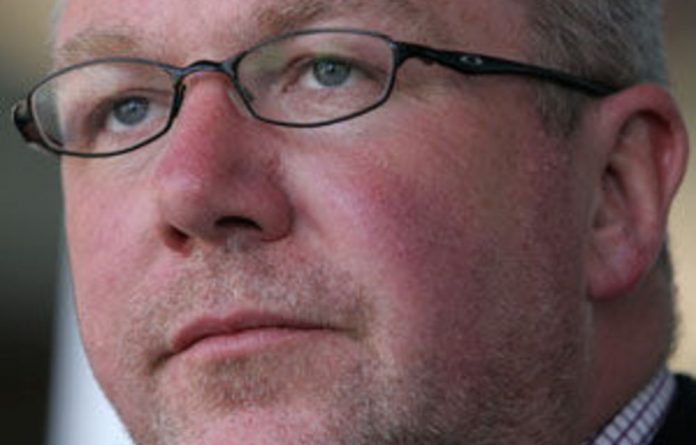 Chris Vick has spent years delivering bullshit wrapped as bonbons on behalf of politicians, parastatals, and private companies. So it isn’t surprising that he has a well-developed sense for what people will swallow. Just about anything, it turns out.

Right now Vick, who is undoubtedly one of the very best in the spin business, is touting for government business via his Business Day column, which functions as sleeker, sharper, iteration of the ANC’s case for statutory press regulation.

The persona he has crafted to this end is effective — “Of course I am from the dark side,” he croons, “but I am a man of wealth and taste.” What other flak would dare to call his consultancy Spin, or indeed to rename it Black in allusion both to the shadow arts he practices, and to the racial dynamics that dog the relationship between the ruling party and the press?

“I may be the devil,” the argument goes, “but I am a stylish devil, and at least I am honest about it, unlike journalists who purport to work bravely in the public interest but are really lazy and self-interested, or worse.”

In one recent column Vick recounted the ease with which he had manipulated some of the country’s leading journalists (whom he did not have the courage to name) into retailing his clients’ interests. So supine were they that he barely had to work at it. Vick reveals that he wrote articles that were carried under a “staff reporter” byline, and in one case, even an editorial. I have no doubt this account is true, and it is deeply embarrassing to anyone who tries to make a decent fist out of reporting on our complicated country.

It is also deployed with brazen dishonesty. Vick cannot mount an argument based on any credible evidence to show that statutory press regulation improves media quality and ethics, so he injects a little ink into the water, and jets off to his next gig.

Last week, however, he strained credulity so far that surely the laziest of us, and the most easily bribed with micro-scoops and fine cigars, could not be fooled.

In a column detailing the failure of the Times newspaper to respond to complaints lodged with the press ombudsman, Vick bemoans the fate of the “little people” at the hands of a rapacious media, and suggests we will all be more diligent in response to a media appeals tribunal.

Clearly, it seems to me, the press should be held up to scrutiny, and when it fails to live up to its standards, embarrassed. Bloggers, letter writers, columnists, and judges in defamation actions do it all the time. The press ombudsman does it too. Certainly more pressure to raise standards would be very welcome.

But there is no evidence to suggest that statutory regulation achieves that outcome anywhere it is practiced, or that the absence of regulation makes newspapers worse.

The United States has great newspapers, and a rigorous ethical tradition, but its press is entirely unregulated. The scandals surrounding Judith Miller’s Iraq war reporting and Jayson Blair’s faked news are evidence, not of the need for regulation in the US, but of how self-correction works in that tradition, something that is now being helped along by an army of media scrutinisers online.

Britain, meanwhile, has weak self-regulation. It is home to superb newspapers like the Financial Times and the Guardian, and also terrible ones, like News of the World. It was a great newspaper, the Guardian, that exposed phone hacking when the statutory authorities in Parliament and the police refused to deal with it. Never mind the failure of formal press regulation, the failure of the criminal justice system and of political oversight was exposed by the informal regulatory mechanism of journalism.

On the other hand India, with its statutory regulatory regime, has a remarkable print media landscape, diverse, turbulent, and hugely uneven. Its journalism is also beset with scandals around payola and political influence that are not dealt with at all, because the system is convenient to the politicians and business people who are happy to buy coverage and let corruption go largely unchecked.

And despite the brave and extraordinary work of many African journalists, tough regulation on the continent has done nothing to improve an environment where bribes are common, technical quality uneven, and ethical traditions shallow. On the contrary, regulation by political commissars aligns the interests of journalists with the powerful, rather than with those of readers.

These are facts Vick does not begin to address because they don’t serve his commercial or political cause. That is to be expected. In his column, as in his consulting work, he is spinning, and if we swallow it, we have only ourselves to blame.

In his most recent instalment, however, Vick purports to speak on behalf of the “little people”, as he is pleased to call those outside the circle of media, political, and financial power. This goes beyond mere implausibility to verge on obscenity.

They include the South African Broadcasting Corporation, SAA, Parliament, Transnet, the Gautrain, Telkom and of course, Mvelaphanda Holdings and its principal, Tokyo Sexwale. In the private sector, Nestlé, the Chamber of Mines, and Deutsche Bank stand out.

And of course, he has spent plenty of time in government, as communications director to Sexwale when he was Gauteng premier, as a senior official at GCIS, and more recently as Sexwale’s ministerial advisor.

In short, Chris Vick speaks for power, for money, and for the nexus of ANC, government, and crony business interests that is infuriated by a nagging, investigative press. Nothing wrong with that, they pay him handsomely for his considerable skills, but it has nothing to do with the “little people”. It is shameful for our profession that we should so easily be embarrassed by such a man, and so easily drawn-in by his paper-thin schtick.

But we shouldn’t let that shame distract us from the fact that his arguments are shallow, his facts cherry-picked, and his motives venal.

A press shaped by a media appeals tribunal would be considerably more congenial to Vick and his clients. There’s one good reason to reject it out of hand.