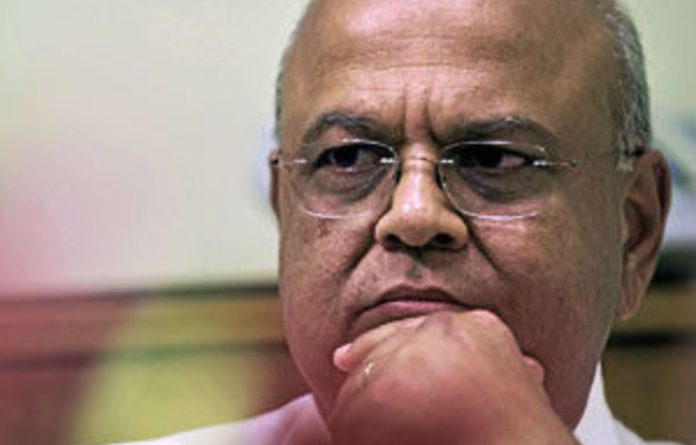 When he presents the budget today, Gordhan is expected to unveil a widening of the 2012 deficit, and an extended time frame for balancing South Africa’s books — laxity that is unlikely to sit well with bond markets.

From funding for infrastructure development to structural unemployment and corruption, M&G editor-in-chief Nic Dawes talks us through his predictions for the 2012 budget speech and where the focus should lie.

Having inherited a ministry in 2009 which had a fearsome reputation for resisting pressure to spend, the treasury under Gordhan has seen a steady erosion of its powers and political clout within the ruling African National Congress.

“He’s seen as a technocrat,” said Azar Jammine, chief economist at consultancy Econometrix. “He was appointed partly because he is an ANC supporter but I don’t think he’s seen as a major politician — just a finance minister.”

When he became minister, South Africa was wallowing in its first recession in almost two decades and unions and the ANC’s communist allies were pushing for an end to the investor-friendly policies that had kept a tight lid on spending since the end of apartheid in 1994.

A pragmatic man
Having proved himself during 10 years as South Africa’s chief taxman, nobody queried his appointment on competence grounds, and all sides of the ANC saw something they liked.

But with South Africa’s debt stock creeping up, analysts say he needs to put his foot down and outline a clear plan to cut the deficit if he wants to avoid a credit downgrade.

Two agencies — Moody’s and Fitch — cut their ratings outlooks for South Africa in the past three months.

South Africa lost a million jobs since the recession in 2009 and has only managed to claw back a quarter of those since then.

Prospects are gloomy given GDP growth forecast at a relatively pedestrian 3%-3.5% over the next few years, compared to the 7% needed for significant job creation.

Into the red
Under Gordhan, the budget has slipped deep into the red after two years of budget surplus under hard-nosed predecessor Trevor Manuel and the poor growth trajectory leaves him with little room to manoeuvre.

Although he has pledged to limit spending once total debt hits 40% of GDP from 35% at the moment the budget looks set to stay in the red for some time.

“He has a much more consensual style of fiscal management across government which is liable to see a slower pace of fiscal consolidation even if he is ultimately a fiscal conservative and wishes to keep the budget under control,” said one overseas analyst, who did not want to be named.

Unlike his predecessor, he has little clout in the governing ANC because he does not sit on the party’s 80-member decision-making body.

Further reducing his influence has been the creation of a National Planning Commission, led by Manuel, and an Economic Planning Ministry headed by former trade unionist Ebrahim Patel.

Reduced influence
“The creation of these departments has to some extent reduced the influence of the national treasury,” said Iraj Abedian, chief executive of consultancy Pan-African Capital Holdings.

“Gordhan has control and influence only on short term variables,” he added. “With respect to influencing the medium- to long-term future of the South African economy he doesn’t have that much influence.”

A pharmacist by profession, Gordhan was an underground Communist Party activist under apartheid and then became a member of Parliament when white minority rule ended in 1994.

Four years later, he joined the South African Revenue Service (Sars) and all but disappeared from politics for the next decade — making him the perfect neutral choice for finance minister when Zuma took office in 2009.

In public, his statements strive for balance — while criticising unions for lofty pay demands, he will always include a dig at highly-paid executives and corrupt politicians.

But former colleagues say beneath the calm and rigidly moral exterior he is a fiercely hard worker who does not shy from confrontation.

“It’s not just that he’s a hard worker,” said a former senior official, one of several to have quit Treasury since Gordhan’s arrival. “He just wants things done his way and he tends to micromanage people.” — Reuters