Apple wins first round to sell iPads in Shanghai 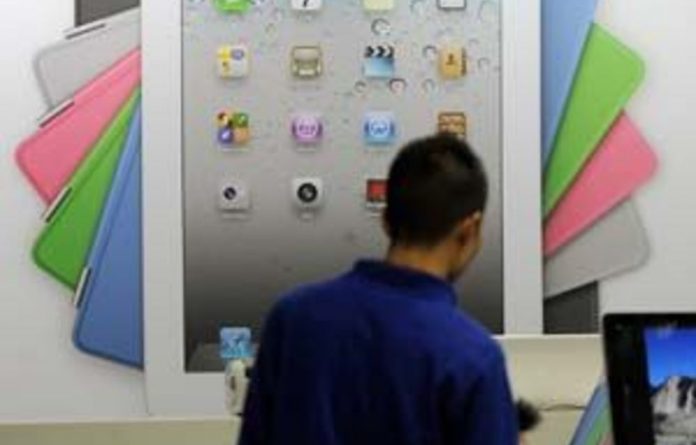 A Shanghai court has rejected a request in a trademark case to stop Apple selling its iPad tablet computers in the city, averting an embarrassing suspension of iPad sales in its own flagship stores.

The Shanghai Pudong New Area People’s Court denied a request by Proview Technology (Shenzhen) for the injunction and agreed to Apple’s request that the trademark infringement case be suspended pending a ruling in a separate case in a higher court.

The decision, announced on Thursday on the court’s website, gives Apple some leeway in a larger battle over the iPad trademark in China, which is important to Apple not only as a consumer market, but also because the country is a major production base for the iPad and other of its products.

Its attention will now shift to the appeal it has filed against an earlier decision in Proview’s favour by a court in Shenzhen, in the southern province of Guangdong.

“It’s a great help to Apple by giving it some breathing space,” said Ren Wenfeng, a lawyer at Guo Ce Law Office, which is not involved in the Proview-Apple dispute.

“But it’s not clear whether Apple will eventually win the trademark infringement case in China, as the crucial thing will be the ruling by the Guangdong higher court.”

The dispute, which dates back to a disagreement over what was covered in a deal for the transfer of the iPad trademark to Apple in 2009, has seen iPads seized by authorities in some Chinese cities.

Proview, which maintains that it holds the iPad trademark in China, has been suing Apple in various jurisdictions in the country for trademark infringement, while also using the courts to get retailers in some smaller cities to stop selling the tablet PCs.

Important precedent
An injunction on iPad sales in cosmopolitan Shanghai would have dealt a bigger blow than the earlier cases, as it would have forced the US tech giant to remove the tablet PCs from the shelves of its three own stores in Shanghai, one of its biggest markets.

“This is a wrong decision,” Roger Xie, Proview’s lawyer, said by telephone. “We will submit an application for the court to reconsider its decision.”

The outcome of the broader dispute, which Proview has said it is willing to settle out of court, will now hinge largely on the decision of the higher court in Guangdong, with a hearing in that case scheduled for February 29.

A decision against Apple in that case would set a precedent that would create an uphill battle in other cases in lower courts around the country.

Proview and its eight main creditors, which include lenders such as Bank of China, China Minsheng Banking Corp and China Merchants Bank Co Ltd, would prefer an out-of-court settlement with a sum of compensation, executives close to the situation said.

Proview’s parent, Hong Kong-listed Proview International Holdings Ltd, was the first Taiwanese technology company to list in Hong Kong, and by the end of the 1990s numbered itself among the top five computer monitor makers.

In 1999 it partnered with US chip maker National Semiconductor to launch the I-PAD, a stripped-down desktop computer whose main selling points were its internet connectivity and ease of use.

Proview continued to grow, shifting from computer monitors to become the world’s third-largest OEM manufacturer of flat panel TVs, but by August 2009, when Apple began trademark talks through a proxy, Proview had been badly hammered by the financial crisis.

Trading of its stock was suspended in Hong Kong in August 2010 after creditors in China went to court to recover assets. The company faces delisting in June if it cannot provide the Hong Kong Stock Exchange with a viable rescue plan. — Reuters