The tolls are here to stay, says Manyi 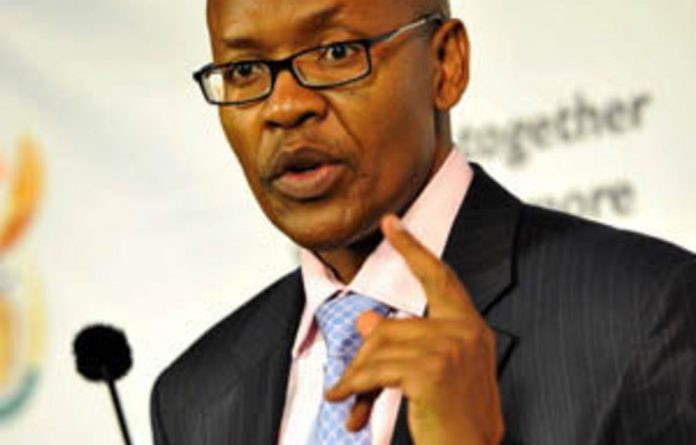 Government spokesperson Jimmy Manyi has hit back at the Congress of South African Trade Unions (Cosatu) and the Democratic Alliance (DA) on Thursday, saying those who oppose the Gauteng tolls “must get used to it”.

“This will be the name of the game,” Manyi said.

Manyi was briefing the media in Cape Town on details of the new toll fees related to the Gauteng Freeway Improvement Project.

Cosatu and the DA on Wednesday rejected government’s plans to implement toll fees on Gauteng’s freeways.

During his 2012 budget speech in Parliament, Finance Minister Pravin Gordhan announced the toll fees would be introduced to fund the Gauteng Freeway Improvement Project on April 30.

Manyi said the executive had approved reductions in tariffs for vehicles with e-tags.

With effect from April 30, motorcycles with e-tags would pay 20 cents a kilometre and those without, 38 cents.

Articulated trucks with e-tags would pay R1.51 a kilometre and those without R2.90.

Savings
Manyi said these reductions were made possible by a one-off contribution of R5.8-billion via the fiscus to the South African National Roads Agency Limited (Sanral).

The new fee system also ensured that the cost for motorcycles and light vehicles would be capped at R550 a month.

“Time of the day” savings of 20% for heavy vehicles would help deal with the freight industry’s concerns, he said.

“This allows for lower toll fees for off peak times to reduce congestion during peak hours and reduce the economic impact of the toll fees for consumers.”

‘Not enough’
The Cabinet also confirmed the user pay principle.

“Our policy hasn’t changed. The minister has acknowledged the strong public opposition to the move and attempted to quell fears but it’s simply not enough. We will continue to call for these tolls to be boycotted,” Patrick Craven, Cosatu spokesperson told the Mail & Guardian on Wednesday.

The tolling plan has been sharply criticised and civil disapproval towards the move has been mounting.

Initial attempts to implement e-tolling at the beginning of the year were stifled as both the DA and Cosatu threatened strikes and boycotts of the system.

The DA and Cosatu expressed concerns that current regulations did not offer enough clarity on the billing process faced by road users and failed to protect them against incorrect billing. — Sapa & Staff Reporter