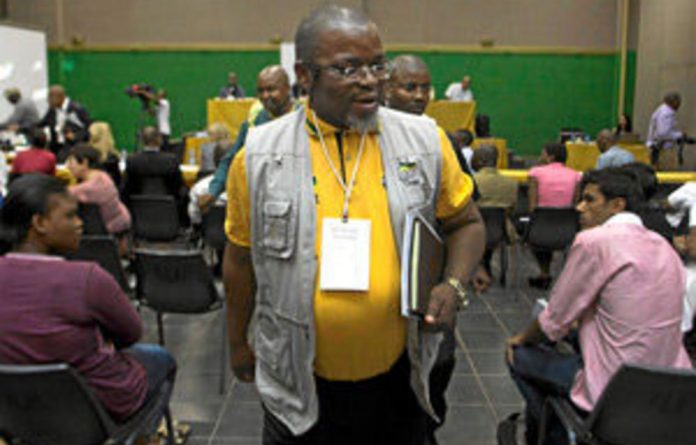 They include to whom should the press account — the public or the politicians? Who will sit on a tribunal and how will they be chosen? How should a tribunal be structured and run and who will fund it? Will its findings and penalties be final, or will appeals to a higher forum be permitted?

This was not elaborated in the inputs to the commission by ANC secretary general Gwede Mantashe, communications head Jessie Duarte and national spokesperson Jackson Mthembu. The original resolution of the ANC's 2007 national conference in Polokwane was vague, merely listing the alleged sins of the media and calling for Parliament to investigate the tribunal concept.

However, four broad trends emerged from the commission hearings, suggesting that the tribunal:

The ANC submission to the commission provides no examples of the supposedly scarlet sins of the newspaper industry. Ironically, the press ombudsman's office released statistics this month showing a 70% increase over the past three years in complaints about inaccuracies and unethical reporting in newspapers, from 150 in 2009 to 255 last year.

This suggests that, far from a crisis of confidence in the existing self-regulatory system, confidence in it is growing. The latest figures also show that most of the findings were unfavourable to the press, giving the lie to the ANC claim that because the current dispensation is paid for by media houses, it is inevitably biased in favour of journalists.

The ANC argued that the constitutional right to freedom of expression must be balanced against other rights. It repeated many of the complaints listed in the party's Polokwane resolution: that journalism in South Africa is inaccurate, unfair and irresponsible. It insists that a media appeals tribunal will be "independent".

The system envisaged would have statutory force — and statutory regulation has undermined media freedom wherever it has been tried in Africa. The imposition of fines could cripple smaller, independent publications such as the Mail & Guardian. And since this will be an entirely new jurisdiction, weighing such imponderables as dignity, privacy and reputation, how will decisions be made about what mistakes should cost?

In the end, two things would suffer: the public's right to know and South Africa's fledgling democracy.

The ANC has, on several occasions, voiced satisfaction with the way fines work in the broadcast industry, indicating that it regards the Broadcast Complaints Commission of South Africa as a model for the proposed media appeals tribunal.

Complaints commission chairperson Kobus van Rooyen said the commission had the power to impose fines of up to R60 000 on broadcasters. However, he stressed that the intention was to hurt by causing embarrassment rather than through the amount levied.

The first fine, of R30 000, later reduced R20 000, was imposed on a radio station in 2000 for denigrating a well-known female singer. In another case, SABC's Special Assignment was fined R50 000 for alleging that an individual had sexually molested children. The fine was later reduced to R30 000.

DSTV has been fined on five or six occasions in the past 12 months for breaching age restrictions.

Glenda Daniels serves on Right2Know structures. She writes in her personal capacity