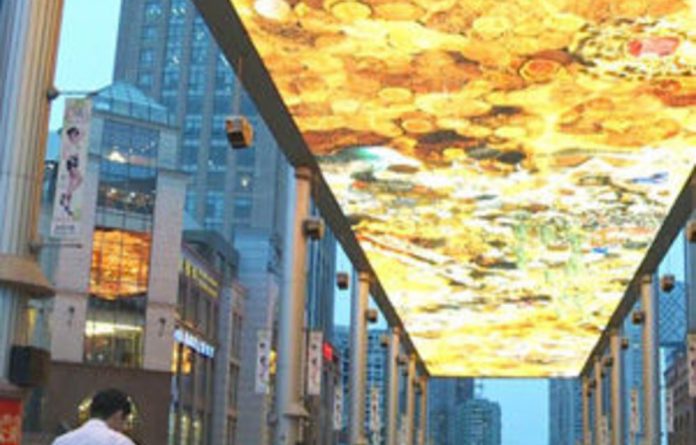 The work is informed by the widespread projection that 75% of the world’s population will be living in cities by the year 2050.

Titled Urbanized, it follows on from Objectified, his 2009 film about product design, which followed on from Helvetica, his 2007 work about typography. The film will premiere at the Design Indaba Filmfest at the Labia in Cape Town.

Language of the city
That this design trilogy seems to zoom out from text to the human scale of manufactured goods and finally to the macroscopic of cities, is purely incidental, says Hustwit. The idea of exploring urban design first came to him when he was capturing the ­contextual shots for Helvetica — shooting the ubiquitous typeface embedded in the urban landscape, he says.

Amanda Burden, director of the New York City department of city planning, explains succinctly at the beginning of Urbanized that “urban design is really the language of the city. When you walk down a street, everything you see has been designed — the width of the sidewalk, where trees are planted, the scale of the trees, how the street furniture interacts, how many stores there are per block, the height of the buildings — Each one of these things has been thought about.”

This notion of the invisible, taken-for-granted design that is all around us is a common thread in Hustwit’s three films.

Nonetheless, Urbanized is quite different in approach. Whereas the previous two films were explorations of well-defined design disciplines, the who and what of urban design is a more slippery subject. Yet, though everything in the city is designed, the stuff around us is not always designed by designers. For this reason, Hustwit has structured the film around projects rather than designers, as in his two previous films.

That South Africa has a project to contribute to the discussion will likely surprise some people.

The Violence Protection through Urban Upgrade project in Khayelitsha is featured prominently, with commentary by project co-ordinators as well as Dr Edgar Pieterse, director of the African centre for cities at the University of Cape Town.

Community projects
What stood out most for Hustwit is that the Khayelitsha project was not a solution imposed on the community, but one designed and developed with the community.

“That’s the reason for its success,” he says, “that they spent years just surveying residents about what they thought the challenges were and what their priorities were, and only then brought in professionals to address those issues.

“The other thing that is interesting about the [Khayelitsha project] is that it is an ongoing project,” Hustwit says. “They didn’t just build some nice paving and lighting and then walk away from it.

“There is a commitment to stay there and keep people involved and keep readdressing new challenges as they emerge. That separates the ­project from a lot of projects like that around the world.”

This notion of citizen-driven design is a continuous thread throughout the film, from Chilean architect Alejandro Aravena’s low-cost housing solution to examples of social protest and guerrilla design.

“I don’t start films with any preconceived ideas, but it’s through the conversations that I have that the story of the film comes out,” Hustwit says.

“Participatory design is happening more and more and we couldn’t ignore it, so it pops up throughout the film.”

Learning from mistakes
Another prevalent dialogue in the film revolves around what the global South can learn from the mistakes of Western urban design.

Hustwit says that “in a lot of cities, having an automobile is a status symbol. Even though we’ve seen the mistakes of planning a city around the car, which has taken place in a lot of Western cities, I think that ­cities in the global South are doomed to repeat those mistakes.”

But it is necessary to abandon the utopian ideal of the perfect city, Hustwit says. “We’re not going to solve all the problems that happen with mass urbanisation, but we can do certain things better if we put some creative thought into it.”

Through documentary films, Hustwit hopes to appeal to ordinary designers and citizens to actively participate in their environment.

For more information go to designindaba.com/filmfest