Senegal’s Wade in the running for third term 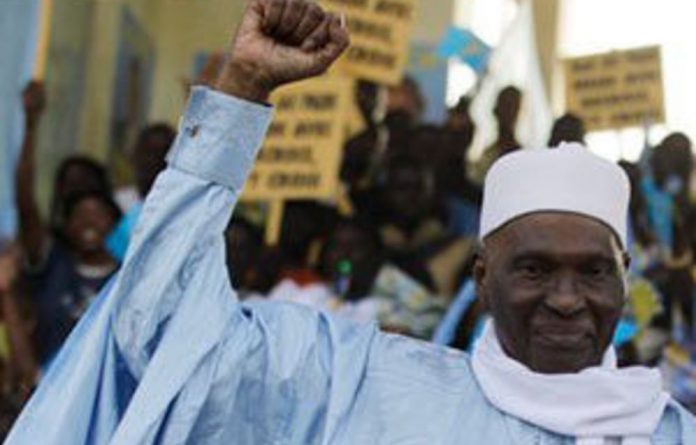 Senegal’s presidential candidates held their final rallies and protesters marched in the streets as a respected African statesperson shuttled between the opposition and the government to broker a solution to the country’s growing political divide.

Senegal’s reputation as the oldest and most established democracy in the region is on the line. The opposition has vowed to render the nation ungovernable if President Abdoulaye Wade (85) insists on running for a third term in Sunday’s poll.

The age of the president and his ability to govern for another seven-year term is at issue, along with the constitution, which he revised to impose a two-term maximum.

As final rallies were being planned, protesters vowed once more to take to the streets to demand Wade’s departure. More than 100 women wearing white as a symbol of peace marched in a downtown square on Friday afternoon. They wore red headscarves, an allusion to the red card flashed by referees during a soccer match to mark a serious breach of the rules.

The women say they are warning Wade that he is breaching the rules of the country’s constitution by running a third time. Across town, Wade held his final rally, attended by thousands of supporters, and announced that he had won the endorsement of an influential religious leader from the Mouride Muslim brotherhood.

US to observe
Olusegun Obasanjo, Nigeria’s former president who is heading an African Union observation mission, has mediated disputes elsewhere on the continent and said he would do what he could “to prevent the preventable” in this normally quiet nation on Africa’s western coast. He was due to meet with the head of the ministry in charge of the election early on Friday.

United States Assistant Secretary of State for African Affairs Johnny Carson was also due in Dakar to observe the election.

The US has been uncharacteristically bold in telling Wade that he needed to go, with Carson’s deputy having called Wade’s candidacy “regrettable” and urging him to hand power to the next generation. –Sapa-AP