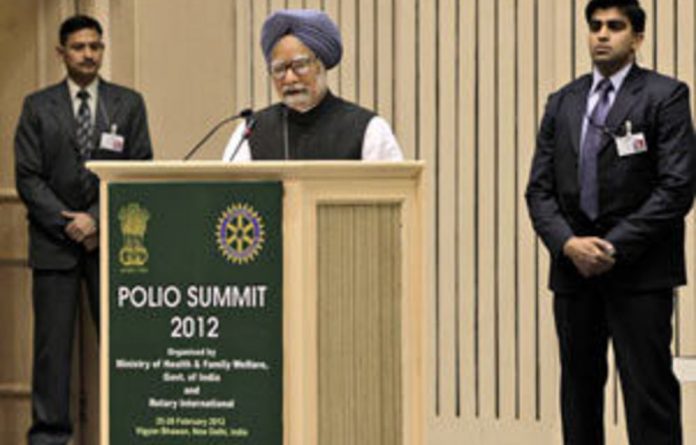 India was taken off a list of polio endemic countries by the World Health Organisation (WHO) on Saturday, marking a massive victory for health workers battling the crippling disease.

“This gives us hope that we can finally eradicate polio not only from India but [also] from the face of the earth,” Prime Minister Manmohan Singh said.

India, which last reported a fresh polio case more than 12 months ago, will now have to remain polio free for the next two years in order to be judged to have eradicated the disease, according to WHO representative in India, Natalia Menabde.

“The government of India has coordinated a massive effort to rid our country of the terrible scourge of polio that has scarred the lives of thousands of … children in India,” Singh told a polio summit in New Delhi.

‘Teamwork pays’
But “the real credit” for India’s success in tackling polio goes to the volunteers who repeatedly vaccinated children, he said.

They visited slums and railway stations, construction sites and bus stops, using all means of transport to reach even the most far-flung corners of one of the world’s most crowded and impoverished countries.

The success of the effort shows that “teamwork pays”, Singh said.

Health Minister Ghulam Nabi Azad said he received a letter stating that the “WHO has taken India’s name off the list of polio endemic countries in view of the remarkable progress that we have made during the past … year”.

Polio — which afflicts mainly the under-fives, causing death, paralysis and crippled limbs — travels easily across borders and is transmitted via the faecal matter of victims.

Frequent exporter
India has been a frequent exporter to other developing countries, but has also been re-infected from abroad. The ancient disease was wiped out from the 1970s in developed countries through successful vaccination campaigns.

The Indian government has spent $2-billion over the last 10 to 15 years on polio eradication efforts. –AFP