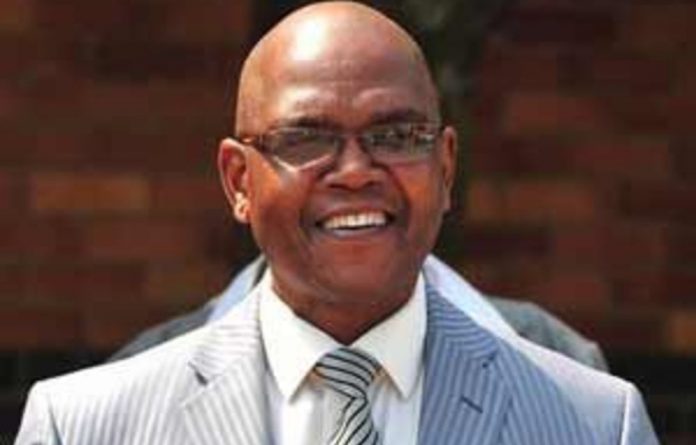 The upcoming internal disciplinary hearing of suspended police crime intelligence boss Lieutenant General Richard Mdluli has been described by those close to him as a politically inspired witch-hunt to oust him from his hotly contested post and as “round three in a fight to the bitter end”.

Complaints by Mdluli and his lawyer, Ike Motloung, that they had not had the chance to study the charges allegedly sprung on him at the eleventh hour led to a postponement of the disciplinary hearing, which had been due to start last week.

The hearing follows two bruising criminal cases brought against Mdluli, both of which have been provisionally withdrawn by the National Prosecuting Authority.

An external chairperson will be brought in to oversee the disciplinary hearing because Mdluli and other police officers involved in bringing charges against him all hold the same rank, said Lieutenant General Godfrey Lebeya, who was appointed by suspended police commissioner Bheki Cele to the post of deputy national commissioner.

Lebeya’s name has consistently cropped up in all the cases against Mdluli, it has been claimed.

But Lebeya told the Mail & Guardian that because Mdluli reported to him, it was natural that the matters were referred to him.

“I am the same rank as him — that is why we will bring in someone externally to hear his disciplinary hearing,” said Lebeya. “No further details about the hearing can be disclosed because it is a matter between employer and employee.”

The acting national police commissioner, Lieutenant General Nhlanhla Mkhwanazi, who was brought in to stand in for Cele, also holds the same rank as Mdluli.

Cele will face a commission of inquiry into his alleged involvement in the signing of the controversial R1.5-billion lease for police headquarters.

The inquiry starts on March 5 in Pretoria and there has been speculation in police circles that Mdluli could replace Cele if the former police boss fails to clear his name.

However, the disciplinary charges Mdluli faces have been described as “serious”, although the police will not reveal any further details. Brigadier Lindela Mashigo of police communications said “… no assertion pertaining to the process will be made”.

Mdluli has been fighting for his career since his unexpected arrest last year. In the first criminal case, charges of murder and attempted murder were brought against him and his three co-accused.
South Gauteng director of public prosecutions Andrew Chauke has ruled that a formal inquest will take place in April to assess the evidence and other issues raised by Mdluli in a representation to him.

Mdluli, Lieutenant Colonel Omhle Mtunzi, Samuel Dlomo and Colonel Nkosana Ximba were arrested and charged early last year with murder and defeating the ends of justice for their alleged involvement in the 1999 slaying of Oupa Ramogibe, the husband of Mdluli’s alleged lover at the time. In the bail applications of the men, the defence argued that the state had no forensic or ballistic evidence of the decade-old crime and had based its argument on suspicion.

Motloung said there was never a legal basis to arrest the four because there was not “a shred of evidence” against them. Instead, the arrests had been unlawful and the warrants had been authorised to create a scandal involving senior police members.

Mdluli believes he was being framed by members of his own unit in the murder case. State documents declassified by Mdluli and outlining how he alleged he was being set up by members of crime intelligence were handed to the court by Motloung.

Motloung described the allegations of fraud and corruption against Mdluli as “a joke”. His client believed the charges were part of ongoing attempts to frame him, he said.