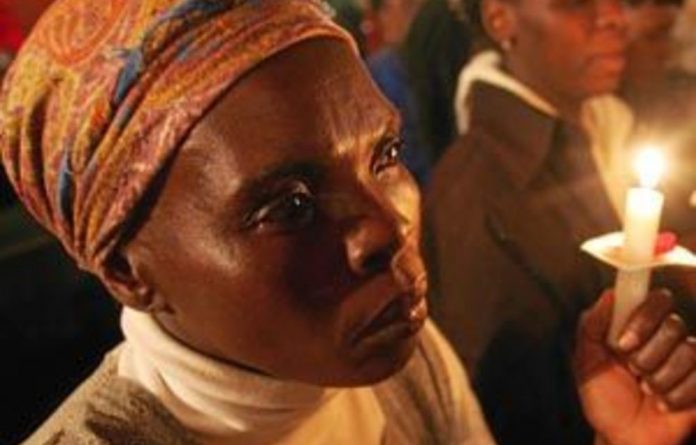 Cash-strapped Swaziland is struggling to fund its HIV programmes and experts are warning of long-term damage to treatment and prevention schemes if steps are not taken to ring-fence funding and supplies.

The landlocked kingdom has the highest prevalence rate in the world, with about 200 000 people — one in four adults — infected and an estimated 15 000 child-headed households.

Until now the government has done well in terms of providing antiretroviral (ARV) treatment — achieving 78% coverage, just under the World Health Organisation’s “universal coverage” rate of 80%. But there are fears that uncertainty about funding streams and weak supply-chain management could result in a reversal of this progress.

And despite a pledge in this month’s budget to increase spending on health by R92-million, the government’s perilous fiscal situation has eroded confidence that the money will actually be delivered and there are concerns about the long-term sustainability of drug supplies.

Swaziland’s problems have been further compounded by the cancellation of round 11 of the Global Fund to Fight HIV, TB and Malaria. It has withdrawn funding worldwide because of a lack of donors — money that, in Swaziland’s case, would have funded a 10% increase in nurse numbers and other badly needed human resource development.

Elias Pavlopoulos, the head of mission at Médecins Sans Frontières in Swaziland, said the combination of the government’s cash problems, poor management of supplies and the global fund withdrawal could be a lethal cocktail.

“We already have a fragile and unstable system in Swaziland. This makes it more fragile and puts at risk everything we were fighting for in the last 10 years,” he said.

“After 10 years of the global fund, at the peak of when all the research is starting to say that we are entering the era of treatment as prevention with universal coverage and we are almost ready to start controlling the epidemic, suddenly there is this withdrawal of the donors.”

Pavlopoulos said it was hard to predict what would happen in the long term following the reduction in funding. On a day-to-day basis, the shortage of CD4 reagents — for testing patients’ reaction to their ARVs — was already serious and lives were put at risk.

“All this upside-down creates a big instability to the life of the patient,” he said. “HIV is a chronic disease. It needs the stability of the provision of drugs and reagents so that when the patient feels something going wrong with his body, he can go and check his CD4 and his viral load to be able to monitor his health. If we don’t have quality of care, it is impossible to have proper follow up and at the end of the day it becomes impossible to tackle the epidemic.”

ARV supply problems, which health workers say have as much to do with poor government management of procurement and the distribution process as with money, have led to some clinics having to change prescriptions arbitrarily and provide smaller doses to preserve buffers.

Sipho Dlamini, programmes manager at Swaziland’s Network of People Living with Aids, said: “The patient is now requested to travel more frequently than if they were given a three-month prescription and people are starting to feel that it is now getting very expensive for them to be on treatment.

“We don’t know what is going to happen when these patients run out of money for the transport to access the clinics.”

Dlamini said the cancellation of global fund money was also worrying and left many Swazi aids charities in the lurch, unable to plan their programmes because they do not know where they will get funding.

“With what is happening now, a lot of gains that the country might have made in terms of service provision … are going to be really watered down because of all these challenges that we are facing. We are very worried that we will be losing a lot of gains as a country and we could be going back to square one, where we came from 10 years ago. This is now a very critical point for Swaziland.”

Dlamini welcomed the announcement in the budget that health spending would be increased, but said: “Just because the government has made a political commitment does not mean that the money is there in liquid cash. We will have to wait and see the money in the bank.”

The Swaziland Network of People Living with Aids is just one of several dozen HIV organisations in the country feeling the pinch. The government’s main agency for fighting the disease, the National Emergency Response on HIV and Aids, has also warned of “crippling financial challenges” that will negatively effect operations and lead to retrenchments.

Later this year the government will publish the Swaziland Demographic Health Survey which will give a more up-to-date picture of the country’s HIV prevalence rate.

Pavlopoulos said there was an assumption that the HIV incidence rate would decrease following a period of intense prevention and treatment campaigns such as those Swaziland had conducted.

But he said that, judging from his own observations, the best the country could hope for was that the incidence would not increase — and even that might be optimistic.

Pandemic takes its toll on children
Swaziland has the highest HIV rate in the world, with a prevalence of 26% among people aged 15 to 49, according to the government’s own survey, published in 2007.

More than 200 000 people, out of a population of about 1.1-million, are HIV positive and there have been some projections that three out of every 100 HIV-negative Swazis will become infected annually.

One in four children has lost at least one parent to Aids and almost half of all children in the country are classed as orphaned and vulnerable. About 15 000 households are said to be headed by children after the death of an adult caregiver.

Since 2007 the United States President’s Emergency Plan for Aids Relief has given Swaziland more than R1-billion for its HIV response.

This money has been spent on a variety of treatment and prevention schemes, as well as nursing support, counselling, laboratory infrastructure and staff support.