Tehran is ‘immune to sanctions’ 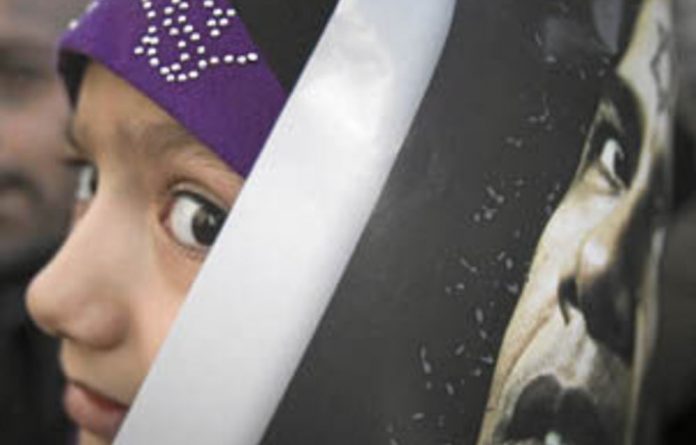 Officials in key parts of the Obama administration are increasingly convinced that sanctions will not deter Tehran from its pursuit of nuclear weapons and believe the United States will be left with no option but to launch an attack on Iran, or watch Israel do so.

The president has made clear in public — and in private to Israel — that he is determined to give sufficient time to recent measures, such as the financial blockade and the looming European oil embargo, to bite deeper into Iran’s already battered economy before retreating from the principal strategy to pressure Tehran.

But there is a strong current of opinion in the administration, including in the Pentagon and the state department, that believes sanctions are doomed to fail and that their principal use now is in delaying Israeli military action as well as reassuring Europe that an attack will come only after other means have been tested.

“The White House wants to see sanctions work. This is not the Bush White House. It does not need another conflict,” said an official knowledgeable on Middle East policy.

“Its problem is that the guys in Tehran are behaving like sanctions do not matter, like their economy is not collapsing, like Israel is not going to do anything. Sanctions are all we have got to throw at the problem. If they fail, then it is hard to see how we do not move to the in extremis option.”

The White House has said repeatedly that all options are on the table, including the use of force to stop Iran obtaining a nuclear weapon, but that for now the emphasis is firmly on diplomacy and sanctions.

But long-held doubts among US officials about whether the Iranians can be enticed or cajoled into serious negotiations have been reinforced by recent events.

“We don’t see a way forward,” said one official. “The record shows that there is nothing to work with.”

Scepticism about Iranian intent is rooted in the country’s repeated spurning of overtures from successive US presidents, from Bill Clinton to Barack Obama, who appealed within weeks of coming to office for “constructive ties” and “mutual respect”.

The recent claim of President Mahmoud Ahmadinejad that Iran loaded its first domestically made fuel rod into a nuclear reactor and Iran’s threat to cut oil supplies to six European countries were read as further evidence that Tehran remains defiantly committed to its nuclear programme.

That view was strengthened by the latest Iranian offer to negotiate with the United Nations Security Council in a letter that appeared to contain no significant new concessions.

If Obama does conclude that there is no choice but to attack Iran, he is unlikely to order it before the presidential election in November, unless there is an urgent reason to do so. The question is whether the Israelis will hold back that long.

Earlier this month, US Defence Secretary Leon Panetta told the Washington Post that he thought the window for an Israeli attack on Iran was between April and June. But other official analysts working on Iran have identified what one described as a “sweet spot” at which the mix of diplomacy, political timetables and practical issues come together to suggest that if Israel launches a unilateral assault, it will more likely be in September or October, although they describe that as a “best guess”.

“The sanctions are there to pressure Iran and reassure Israel that we are taking this issue seriously,” said one official. “The focus is on demonstrating to Israel that this has a chance of working. Israel is sceptical but appreciates the effort. It is ­willing to give it a go, but how long will it wait?”

Colin Kahl, who was US deputy assistant secretary of defence for the Middle East until December, said: “With the European oil embargo and US sanctions on the central bank, the Israelis probably have to give some time to let those crippling sanctions play out.

“If you look at the calendar, it doesn’t make much sense that the Israelis would jump the gun. They probably need to provide a decent interval for those sanctions to be perceived as failing, because they care about whether an Israeli strike would be seen as philosophically legitimate; that is, as having happened only after other options were exhausted. So I think that will push them a little further into 2012.”

The White House is working hard to keep alive the prospect that sanctions will deliver a diplomatic solution. It has pressed Israeli Prime Minister Benjamin Netanyahu to quieten the belligerent chatter from his own Cabinet about an attack on Iran. The chairman of the US joint chiefs of staff, General Martin Dempsey, was dispatched to Jerusalem last month to talk up the effect of sanctions and to press, unsuccessfully, for a commitment that Israel will not launch a unilateral attack against Iran. Dennis Ross, Obama’s former envoy for the Middle East and Iran, this week said that sanctions might be pushing Tehran toward negotiations.

But in other parts of the administration the assumption is that sanctions will fail and so calculations are being made about what follows, including how serious Israel is in its threat to launch a unilateral attack on Iran’s nuclear installations and how the US should respond.

‘Lock step’
But Iran’s increasingly belligerent moves — such as the botched attempts, laid at Tehran’s door, to attack Israeli diplomats in Thailand, India and Georgia — are compounding the sense that Iran is far from ready to negotiate.

Feeding into the consideration is the timing of the US election, including its bearing on Israeli thinking, as well as the pace of Iranian advances in its nuclear programme.

Obama has said publicly that there are no differences with Israel on Iran, describing his administration as in “lock step” with the Jewish state.

But the US and Israel are at odds over the significance of Iran’s claim to have begun enriching uranium at the underground facility at Fordow, near the holy city of Qom, and therefore the timing of any military action.

Israel’s Defence Minister Ehud Barak has warned that Iran cannot be allowed to establish a “zone of immunity” at Fordow, where it is able to work on a nuclear weapon deep underground, protected from Israel’s conventional weapons. Earlier this month Barak said Israel must consider an attack before that happens.

Kahl said part of Washington’s calculation was to judge whether Israel was seriously contemplating attacking Iran, or was using the threat to pressure the US and Europe into confronting Tehran.

“That’s what is actually driving the timeline to the middle of this year.But there is a countervailing factor that Barak has mentioned that they are not very close to making a decision and that they are trying to ramp up concern of an Israeli strike to drive the international community towards putting more pressure on the Iranians.”

Israeli pressure for tougher measures against Tehran played a leading role in the US Congress passing sanctions legislation targeting Iran’s financial system and oil sales. Some US and European officials say those same sanctions have also become a means for Washington to press Israel not to act precipitously in attacking Iran.

The presidential election is also a part of Israel’s calculation, not least because of the fractious relationship between Obama and Netanyahu, who has little reason to do the US president any political favours and has good reason to prefer a Republican in the White House next year. There is a school of thought — a suspicion, even — in the administration that Netanyahu might consider the height of the US election campaign the ideal time to attack Iran. With a hawkish Republican candidate ever ready to accuse him of weakness, Obama’s room to put pressure on, or oppose Netanyahu, would be more limited than after the election.

“One theory is that Netanyahu and Barak may calculate that if Obama does not support an Israeli strike, he is unlikely to punish Israel for taking unilateral action in a contested election year,” said Kahl. “Doing something before the US gives the Israelis a bit more freedom of manoeuvre.”

Thirty-two senators from both parties introduced a resolution last week rejecting “any policy that would rely on efforts to ‘contain’ a nuclear weapons-capable Iran”. The measure was dressed up as intended to protect the president’s back, but it smacked of yet more pressure to take a firmer stand against Iran.

One of the sponsors, Senator Joe Lieberman, said he did not want to discount diplomatic options, but the president would have strong bipartisan support in Congress if he ordered an attack on Iran. Other senators said there needed to be a greater sense of urgency on the part of the administration in dealing with Iran and that sanctions were not enough.

Others are critical of sanctions for a different reason. Congressman Dennis Kucinich said this week he feared sanctions were less about changing Tehran’s policy than laying the ground for military action. He warned that “the latest drum beat of additional sanctions and war against Iran sounds too much like the lead-up to the Iraq war”.

“If the crippling sanctions that the US and Europe have imposed are meant to push the Iranian regime to negotiations, it has not worked,” he said. “As the war of words between the US and Iran escalates, it is more critical than ever that we highlight alternatives to war to avoid the same mistakes made in Iraq.” —