‘Forward ever, backwards never’ for Mugabe 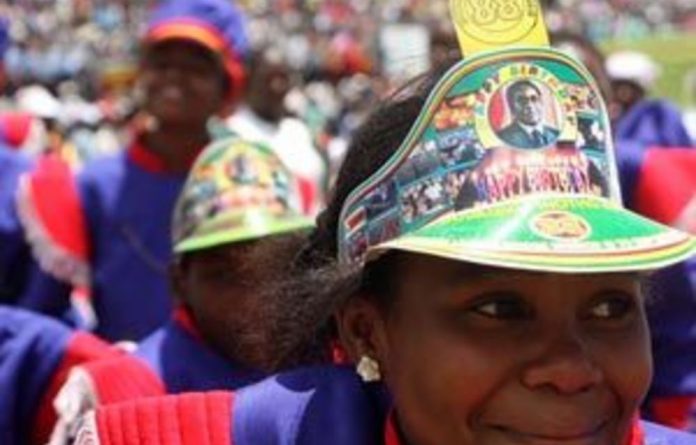 On the pile of presents at President Robert Mugabe’s feet last weekend, a group of Russian businessmen laid a grandfather clock in front of one of the world’s oldest leaders.

The executives were from OZGEO, a joint venture company between the governments of Zimbabwe and Russia that has gold and diamond mining operations in the east of the country.

Footage filmed by Zimbabweans over the past two months highlights the issues that continue to plague the country and its people, from political intimidation to poverty and food shortages.

It was an ironic present for a president aged 88 and under pressure to call time on his 32-year rule.

But for Mugabe, watching his wealthy friends parade in front of him while record crowds cheered from the stands was just the boost he needed and a timely response to his detractors.

A clause in a draft Constitution proposed by an interparty committee would have barred Mugabe from contesting elections, by banning a leader who has ruled for more than 10 years. But the clause was withdrawn after Mugabe threatened to not sign off the draft. War veterans threatened to disrupt the process and called on the president to sack the committee, dissolve Parliament and call a new election.

Mugabe’s birthday rallies are an important annual fixture for the president and his party. With youths in red scarves singing the leader’s praises, the event is an entertaining throwback to Zimbabwe’s old communist links.

But this year the day was especially important for Mugabe. Speculation about his health refuses to die and he went into the weekend desperate to prove that he has still got what it takes.

Ahead of the birthday celebrations, Mugabe had given interviews to state media to press home the point: he is healthy, he still has support and only he can unite Zanu-PF and lead it to victory.

His loyalists worked overtime to bus supporters from across the country to swell the numbers inside Mutare’s Sakubva Stadium.

The huge gathering, in a region in which his party was crushed in the last election, gave Mugabe the lift he desperately needed. The large crowd was like a tonic; entering the arena, he veered off towards the crowds enthusiastically greeting random people and dancing with children.

“I still have the strength. No going back. Forward ever, backwards never,” he told the crowd.

Mugabe appears genuinely to believe that people still love him. He was defeated in 2008 merely because voters made “a mistake” and his party had not campaigned hard enough.

“It was a shock,” he said. “I do not know what had happened.” But the people had seen the error of their ways, he said, and he was sure they would vote for him this time.

In the face of questions about whether he is fit enough to run again, his handlers went out of their way to present Mugabe as having lost none of his stamina and popularity.

The Herald gushed about how he had gone around greeting people “like the energetic man he has been known to be”. His arrival, it said, whipped the crowd into “a frenzy”.

Mugabe described the gathering as “a crowd of defiance — defiance of sanctions and defiance of imperialism”.

He would have been glad to see that the cult he has built around himself remains firm. Laid before Mugabe was a wide selection of cakes, including a large one in the shape of a crocodile, the symbol of his “Gushungo” totem. Another cake presented to him weighed 88kg, state media said.

There is still no room for unscripted views. When a local youth leader stood at the podium and complained about corruption among party leaders, he was publicly rebuked.

“We are not here to register our complaints but to celebrate with our leader,” said Absolom Sikhosana, who remains youth league chairperson despite being in his late 50s.

In a bar near the venue, carpenter Richmore Jazi was arrested for jokingly asking who had inflated the balloons for Mugabe, since he was too old to do so on his own.