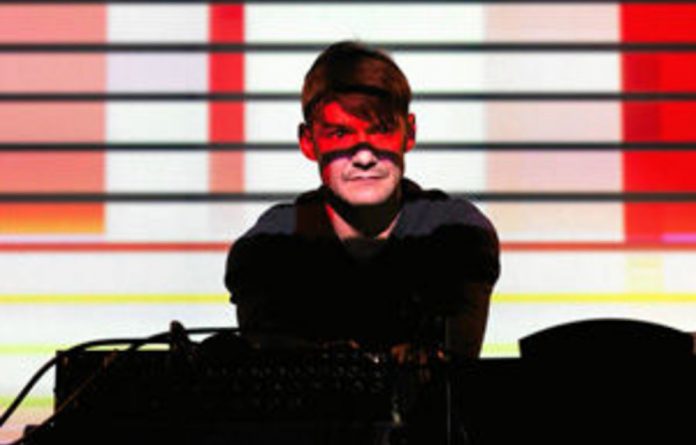 Like most addictions being hooked on music is also costly.

There’s the regular fix of the latest releases you have to have: post-dubstep, avant-rock, experimental jazz, underground hip-hop, not to mention re-issues of reggae, dub, Krautrock, West African funk and psychedelic rock.

You also have to buy the latest music magazines and books, and read the blogs and websites that matter, that keep you buzzing.

And then there are shows. It goes straight to that happy spot in your brain when you either attend a concert by a new, exciting local artist and they exceed the buzz and expectations, or the rare occasion when an artist who is not a has-been or a mainstream commodity, performs here on the southern tip of Africa.

An expensive habit
I’ve never been to Sónar’s big sister, which has been taking place every June in Barcelona in Spain since 1994. I aim to go to next year — not only for the music but also to shut up smug fellow music addicts who have been and unbearably make the point to remind you of that, whenever they find the opportunity.

Even on a journo’s salary I’ll get there, because a junkie maak ‘n plan [makes a plan].

Their gloating is justified though. I’ve lusted over Sónar’s programmes since the beginning and read many reviews over the years and, for once, you can believe the propaganda you find on their website: “Sónar is today a leading international festival in the field of advanced music and the application of new technologies to artistic creation. Sónar is an exceptional combination of entertainment, the cutting edge and experimentation, and at each event its programme features major names in modern music together with an extensive international line-up of emerging artists and a meticulous selection of new media art.”

When Sónar talks about “major names” don’t expect any bland Grammy-winning types — these are adventurous artists, some of whom have entered the mainstream, while staying true to their experimental bent. But this formula of no compromise on the type of music that gets highlighted; of out-there mixed with just left of centre musicians has worked amazingly well for Sónar — they attract an average of 80 000 visitors from across the world to their festival every year.

It has become so successful that since 2002, they’ve been exporting “A Taste of Sónar” to London, Chicago, New York, Washington, Buenos Aires, São Paulo, Seoul, Lyón, Frankfurt, Hamburg, Lisbon, Rome and Tokyo.

And now Cape Town too.

The “A Taste of Sónar” show on Friday night at the Design Indaba is an example of their appealing formula. It mixes international and local artists from left field: Modelektor and Byetonefrom Germany, a DJ set from the UK’s Massive Attack, and from home, our best avant-rock band the BLK JKS plus Das Kapital, Killer Robot and Fletcher in Dub (I haven’t seen any of these three live yet).

Music junkie that I am, I’ve forked out a good amount of money for a return ticket between Cape Town and Jo’burg plus renting a cheap-ish VW to drive around in.

What makes the night’s show even more mouthwatering is that it will be held in the Cape Town City Hall. The last time that I actually went there (and didn’t just drive past) was days after Madiba’s release, when he addressed us from a balcony. Lovely memories.

No adventure
I won’t be forking out any money for the 13th Cape Town International Jazz Festival on Friday 30 and Saturday March 31 though. And it is not because I got a freebie — it is after all the freebiefest of the year where elites “network” with some jazz lite and other forms of bland music as a backdrop. It is simply because there is no magnet, no excitement, no adventure in this festival. And it is not as though it never was thrilling — back when it was still called the North Sea Jazz Festival, it had to some artists that belonged at the cutting edge.

Mind you, those were the days when Arts Alive and other such festivals in my home town of Jo’burg managed to get artists like Courtney Pine, Papa Wemba and Rachid Taha to play in the Big Mealie.

Now, while trawling through the Cape Town International Jazz Festival list, you’ll see we are treated to international has-beens dishing up blandness. It has been watered down so much that anyone and any genre now fits under this huge, money-making umbrella: R&B, rap, Afropop, pop, yawn … ! I know I am generalising (Jill Scott and Pharoahe Monch are worth the ticket to the show, but not an airline ticket, in my view) but that is the general trend.

I’m glad they’re offering South African artists an opportunity to play on these stages, but it remains the predictable ones — the ones you see at every festival across the country. It snubs other more adventurous artists.

My advice to the Cape Town International Jazz Festival? Live up to your name and at least bring in some real jazz musicians. How about Sonny Rollins, Ornette Coleman, Dave Holland, Wayne Shorter, Cecil Taylor, Archie Shepp, Matthew Shipp, Keith Jarrett, Pharoah Sanders, William Parker and many more? That’s real jazz. I would be there in a flash, as will be jazz fans from around the world.

Otherwise, as a colleague said, change your name to the Cape Town International Easy Listening Festival. It would be more honest about what you’re serving.