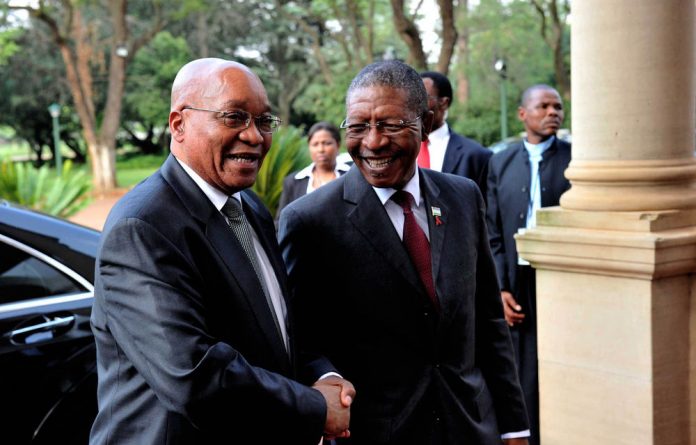 ‘I was shaking as I wrote a letter of resignation from the LCD,” Mosisili told journalists after leaving the Lesotho Congress for Democracy.

‘I have mixed feelings as I leave this party, because this is the only party that I have had the opportunity to lead for the past 15 years.”

Mosisili remains prime minister and the LCD becomes the main opposition party. His departure is the result of a fallout with the LCD’s national executive committee, part of factional squabbles since 2008.

‘For the past two years I have tried every effort to save the LCD from falling apart, but all in vain,” he said.

The newly formed Democratic Congress, registered on February 27, has gained a slim majority after garnering support from 45 members of Lesotho’s 120-member Parliament.

The Parliament on Wednesday passed a vote of confidence in Mosisili. Sixty-three members voted in favour, after which opposition parties walked out, saying the Speaker was biased in favour of the Prime minister.

Mosisili said he would not sack ministers who refused to defect, saying it was ‘up to their conscience to resign or remain in Cabinet”.

It was the second time Mosisili had crossed the floor. He defected from the Basutoland Congress Party in 1997, to form the LCD.

During a visit to the Angolan capital Luanda this week, United Nations secretary general Ban Ki-moon described the situation in the tiny, landlocked country as ‘worrying”.

Calling on Angola as chairperson of the Southern African Development Community, Ban said: ‘I would like to have your assessment on the worrying situations in Lesotho, Malawi, Swaziland and also the level of implementation of the global political agreement in Zimbabwe”.