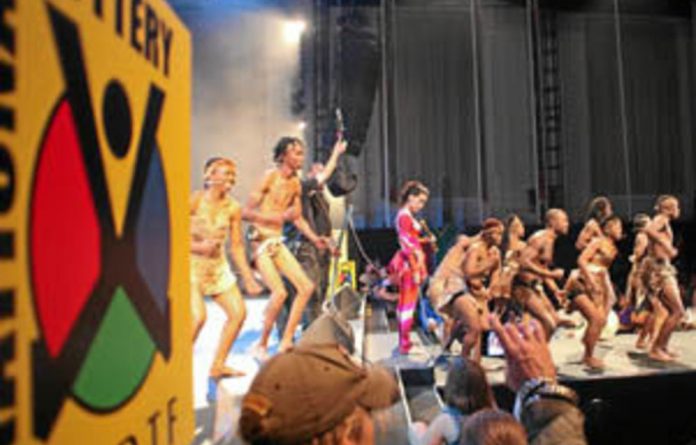 The Makhaya Arts and ­Cultural Development company, which controversially received a massive R64.1-million Lotto grant to stage lavish South African exhibitions overseas, has had to cut staff as it waits for the payment of its final tranche of money.

Most of its staff members are based in its offices in Belgrade in Serbia, as many of its exhibitions are held in the eastern Europe.

The grant was seen as excessive. In the past financial year the long-established National Arts Festival in Grahamstown received just R14.3-million from the lottery, while Makhaya received the largest arts, culture and heritage payout for the same period.

The Mail & Guardian has established that the National Lotteries Board has paid the company R41.1-million and the remaining R23-million appears to have been withheld until some expenditure issues picked up during a compliance visit to the company’s Johannesburg office in November have been resolved.

Causing a flurry was a series of payments amounting to R600000 made out to the South African Crafts Council, which is chaired by Evelyn Senna, a former member of the arts, culture and heritage distributing agency that adjudicates grant applications for the National Lotteries Board.

Senna is now a curator for the arts and culture department of the City of Johannesburg. She told the M&G the money had gone towards sourcing crafts, taking crafts people over to an exhibition and looking after them on a trip to Vienna in June last year. Her involvement with Makhaya had been declared to the lottery distributing agency on which she sat, she said, and she had filed a report for the agency on her trip. Her term of office with the agency came to end in July last year, said Senna.

“Everything was above board. The money was never paid out to me and was paid directly into the account of the South African Crafts Council,” she said. “It was for the setting up of the exhibition, for the crafters who accompanied us, for meals and for the trip.”

“We knew her term of office with the lotteries distribution agency was coming to an end and we knew she [Senna] was involved with the South African Crafts Council,” he said. “We approached her to help us identify and supply us with crafts for our overseas projects. We paid her a lump sum to purchase crafts and then take the crafts people over.”

Swanepoel said the reason many of the exhibitions were held in the eastern Europe was that people there “still believed that lions walk in the streets in South Africa”.

Nobody from the National Lotteries Board had contacted him to discuss any expenditure complaints and, while company had expected the funding in December, the contract allowed for more time for it to be distributed, he said.

The company came under the spotlight in January, when it emerged that Makhaya was employing Murendwa Nevhutanda, who is the daughter of National Lotteries Board chairperson Professor Alfred Nevhutanda.

The 22-year-old film school graduate has since resigned due to the negative publicity generated by a report in City Press, said Swanepoel.

“I approached her and asked her if she would not consider resigning,” said Swanepoel. “It was management of the fallout and we realised it had been a bad decision to hire her.”
Murendwa Nevhutanda said it had been unfair that she had had to resign as she had gone through all the formalities to get the job as marketing executive.

“It pains me to think that any position I apply for in future has to be very tightly vetted in the event that my family might have links to that company,” she said.

Alfred Nevhutanda, who told the M&G his degree was conferred on him by the International Ecoenergy Acadamy in the Republic of Azerbaijan in 2007, denied there was any conflict of interest in his daughter working at Makhaya.

“I did not have any say in the allocation of the grant. The appointment of my daughter was made after the grant was allocated,” he said. “Further, my daughter is an adult who may seek employment independently of me. Finally, since these issues were raised in the media and misrepresented by the media as nepotism, my daughter has resigned from Makhaya Arts and Culture Development to avoid any unwarranted perceptions of nepotism.”

Makhaya’s chief executive is Zarko Taric, and local high-profile businessperson Siza Khang Cecil Khampepe is a director of the company.

Swanepoel told the M&G that although Makhaya is a non-profit company, it has to charge up to R500000 for stands at its exhibitions to cover costs and to try to make it self-supporting once the lottery money comes to an end.

Sershan Naidoo, spokesperson for the National Lotteries Board, ­confirmed that a site visit was conducted at Makhaya in November.

“The report has been finalised and will be presented to the relevant committees for consideration shortly,” he said. “We are not in a position to ­discuss the contents of the report at this time.”

The M&G has established that the previous arts, culture and heritage distribution agency, under the chairmanship of Alfred Nevhutanda, had earlier awarded R16-million to a company named Die Hoewes. The company later changed its name to Makhaya Arts and Cultural Development. However, the funding to Die Hoewes was stopped by the oversight review committee, which has now been scrapped.

A former board member, who asked not to be named, said the distributing agencies had pushed for the oversight review committee to be scrapped by Minister of Trade and Industry Rob Davies, who had persuaded him that disbursements were being held up by the committee.

Distribution agency members are appointed by the minister and report directly to him.

Davies told the parliamentary portfolio committee on trade and industry last week that some “blockages” in the distribution of Lotto funds had been released after the oversight review committee was scrapped.

The members of the National Lotteries Commission Board

Will Davies pander, push or play the Lotto?