Wade on back foot in bid for third term 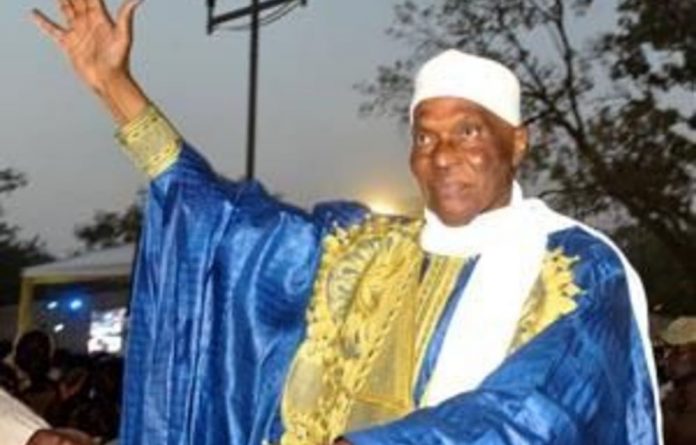 Veteran Senegalese politician Abdoulaye Wade is set for a run-off election after failing to secure a majority in the first round of voting this week.

Wade’s bid for a third term in office in Sunday’s election has threatened his position as a darling of the West and his country’s image as a haven of African stability — and earned him a sharp rebuke from the United States and France, the country’s former colonial master.

While Wade vowed to win a crushing first-round victory, he was dealt a blow by his former protégé, Macky Sall, whose strong showing has forced him to defend himself in a run-off election.

His opponents say that he is 85 years old ‘before tax”, claiming he is at least five years older than he says due to the practice of filing birth certificates late, which was common at the time of his birth.

When Wade, an opposition leader for 25 years, finally dislodged the Socialist Party from office after 40 years of uninterrupted rule, the change was met with euphoria in the West African state.

His defeated rival, Abdou Diouf, bowed out gracefully and the former French colony was hailed as a model of democracy in Africa.

But, more than a decade later, the mood has soured. Wade’s attempt to seek a third term comes on the back of growing discontent over corruption, nepotism and financial scandals.

A merchant’s son, officially born on May 29 1926, Wade studied law in France, where he met his wife, Viviane. He also holds degrees in economics and applied mathematics.

In 1974 he created the opposition Senegalese Democratic Party. Under Diouf’s rule, he became known as the ‘president of the street” and was imprisoned several times.
Wade was finally elected in 2000 for a seven-year term and then in 2007 for a five-year term.

Another change to the Constitution in 2008 changed presidential terms back to seven years, renewable once.

He maintains that because the law is not retroactive he can legally seek another two terms if he wishes.

Many were baffled about Wade’s decision to run for office for a third time, instead of leaving with his head held high and a strong legacy of development and infrastructure-building.

Unflappable in the face of criticism, Wade said he needs three more years to complete his presidential projects, which he refers to as the ‘Seven Wonders of Senegal”.

These include a new airport, a ‘port of the future” and a new-look capital city.

One of his chief projects in Dakar is an African Renaissance statue, a 50m bronze behemoth that cost $20-million and was unveiled in 2010 as poor Senegalese battling constant power cuts and rising food prices looked on in anger.