All or nothing as Republicans brace for Super Tuesday 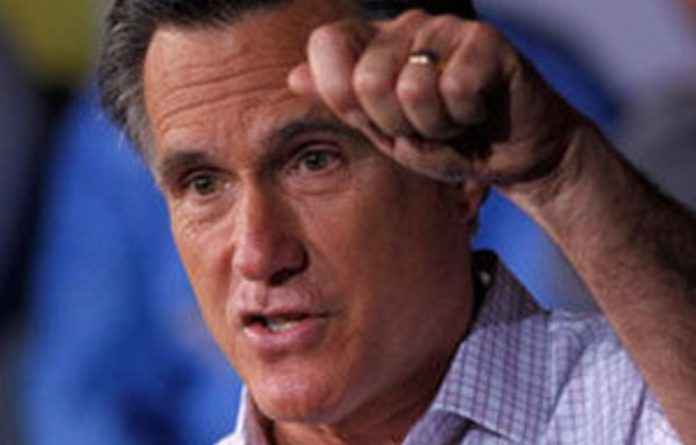 The odds of Mitt Romney running against Barack Obama are set to either solidify or evaporate as ten states prepare to choose the Republican nominee on Tuesday.

Mitt Romney won the Republican caucuses in Washington state at the weekend to add to his lengthening list of victories before Super Tuesday, where he is likely to emerge as clear favourite to win the party’s presidential nomination.

Ten states hold votes on Tuesday, but a victory in the most important of them — Ohio — would in effect put an end to the challenge from Romney’s nearest rival, Rick Santorum.

“If Romney beats Santorum, it is the beginning of the end not just for Santorum but the dreams of all those who wanted to deny Romney the nomination,” said Larry Sabato, professor of politics at the University of Virginia.

Polls suggest that Romney, Santorum and Newt Gingrich could all pick up states on Super Tuesday. Romney is on course to win Massachusetts, Virginia, Vermont and Idaho, Santorum to win Tennessee and Oklahoma, and Gingrich to win Georgia.

But Ohio would be the decider. Although Santorum enjoyed a big lead over Romney in Ohio just a few days ago, that has since shrunk and polls show the two in a dead heat. If Santorum were to win Ohio, it would reignite the fierce debate about Romney’s suitability as a credible challenger to Barack Obama and the contest could drag on until the last state, Utah, on June 26.

Obama would be the main beneficiary of such a drawn-out affair, given the extent to which Republicans are mauling one another and spending cash that could have been saved for the presidential election.

‘The others are a joke’
Tom Mann, a politics specialist at the Brookings Institution, dismissed Romney’s rivals. “The others are a joke. Super Tuesday will shed light on how long the battle will drag on and when Romney wins a majority of delegates,” he said.

But he warned that Romney had himself been undermined by the fiercely contested nomination race.

“The presumptive nominee has weak support with his party base and has been diminished as a serious candidate to win independents and disaffected Democrats. Not a pretty picture for the GOP.”

Romney won Washington state with 38%, with Ron Paul on 25%, Santorum 24% and Gingrich 10%. Romney won 30 of the state’s delegates, and Santorum and Paul took five each.

To secure the Republican nomination, a candidate has to win the backing of at least 1 144 delegates to the party’s convention in Tampa, Florida, in August.

Mixed success for Santorum
With Washington, Romney has won eight of the 13 states contested so far, Santorum four and Gingrich one. Romney, Santorum and Gingrich were all campaigning in Ohio over the weekend while Paul alone was in Washington state, still hoping for his first win.

Having failed in Michigan last week with a socially conservative message, Santorum has switched to an economic one in Ohio, trying to win over manufacturing and coalmining communities, as well as Christian evangelicals. But he was having mixed success.

In Cambridge, a typical south-east Ohio town in the foothills of the Appalachian mountains, Joan Boy, who runs the Attic Trunk furniture business, is backing Santorum. “I want someone in our presidency where there’s no question about his beliefs. Mitt is a Mormon and Mormons do not believe that Jesus is the son of God. So to vote for Mitt Romney we’d be having about the same as we have now,” he said.

But Bernie Schreiner, a retired 70-year-old, said he would not be voting for Santorum, viewing electability as the priority. “I think he’s a well-qualified person, but he’s not electable,” said Schreiner. “Mitt Romney is the guy who’s most electable. I like [Santorum] a lot but you have to nominate someone who is electable.”

Such sentiments were echoed time and again in the area — Christian voters drawn to Santorum, people less concerned with faith unconvinced by his ability to beat Obama.

In east Tennessee, an area that has consistently voted Republican since the civil war, Santorum is expected to excel on Tuesday.

Among those hoping for a Santorum candidacy were Gary Roberts, a 53-year-old general contractor from Knoxville. “He has more conservative values that go along with mine,” he said. “There’s more of the south in those.”

Merle Black, a professor at Emory University, said: “The key state is Ohio. If Santorum is successful, then doubts about Romney will continue to escalate. If Romney wins Ohio, Santorum will be in a real uphill battle the rest of the way.” —