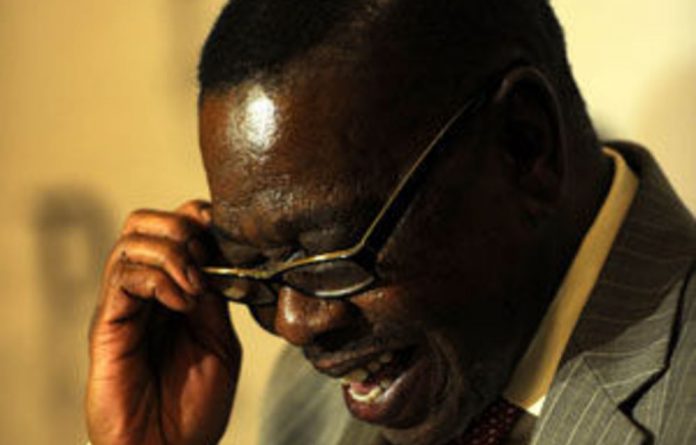 The Central University of Technology’s (CUT) finances have never been better, the university told the Mail & Guardian only last month — yet it is on those same finances that Higher Education and Training Minister Blade Nzimande now wants a forensic lens focused.

“Financial management and procurement practices” and the university’s top management’s “alleged … misuse of funds” will come under the scrutiny of Julian Smith, vice-rector at Stellenbosch University — the assessor appointed by Nzimande.

Smith has two weeks in which to report back on these areas, says the Government Gazette notice in which Nzimande announced the move. The notice also specifies that his assessment lens must focus on CUT’s governance, administration and transformation programme.

The minister’s intervention follows weeks of talks between his department and CUT’s council (a university’s overall governance body), on which the M&G reported.

On the same day, but too late for publication, CUT spokesperson Dan Maritz sent the M&G a “fact sheet” purporting to demonstrate that “in essence, CUT has never been in as firm a financial state as it is now”.

“Our investment portfolio has grown by a whopping 150% [since 2006] as of the last quarter of 2011,” Maritz’s fact sheet said in his responses to the M&G‘s questions at the time for CUT council chairperson Sylvan Seane.

Ignorant of the details
A former technikon, CUT’s main campus is in Bloemfontein. About half of its 11 000 students are enrolled in science, engineering and technology programmes while a third study business and management.

“I remain ignorant of the specific details behind the broad terms of reference for the independent assessor,” vice-chancellor Thandwa Mthembu told the M&G on Tuesday.

“I am not aware of anything that ‘involves financial or other maladministration of a serious nature’ or that ‘seriously undermines the effective functioning’ of the university. Neither have details of such … been presented to the university or me to answer to.

“We still pay our bills without any overdraft; we have had clean independent audits over the past five years; our balance sheet has grown appreciably and enviably, et cetera,” he said.

Troubling comment
On Tuesday this week, Maritz said he would return the M&G‘s call within 15 minutes to provide the council’s response to Nzimande’s appointment but three hours later he had still not done so and did not answer the M&G‘s three further calls.

“Appointing an assessor is such a big step to take that it amounts to a troubling comment on the state of South Africa’s higher education,” Nan Yeld, dean of the Centre for Higher Education Development at the University of Cape Town, told the M&G.

She was commenting in the wake of Nzimande’s frequent resort over the past year to the interventions legislation allows an education minister to make in the governance of a university.

These include appointing an assessor, which is frequently (but not inevitably) a prelude to sending in an administrator to take over the functions of a council or senior management (including vice-chancellor), or both.

“On the one hand, it’s fantastic that, as such interventions show, it’s starting to matter that institutions should be run properly,” Yeld said. “On the other hand, when it’s done so often, it’s troubling.”