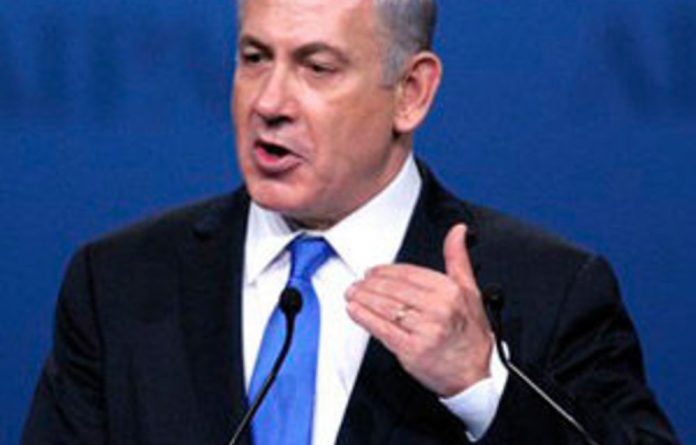 Prime Minister Benjamin Netanyahu’s uncompromising speech to a pro-Israel lobby in Washington has persuaded the public back home that war with Iran is increasingly possible.

Netanyahu evoked the horrors of the Holocaust, quoting a 1944 letter where the US rejected a request by Jewish leaders to bomb the Nazi death camp, Auschwitz. His message was clear: Israel cannot rely on others to defend its people.

“As prime minister of Israel, I will never let my people live in the shadow of annihilation,” he told the influential pro-Israel lobby AIPAC on Monday after meeting US President Barack Obama. “We have waited for diplomacy to work, we have waited for sanctions to work. We cannot afford to wait much longer.”

The words resonated in Israel, with analysts, commentators and former military officers seeing a distinct sharpening of tone towards Tehran, which itself has called for the destruction of the state of Israel.

“The pistol isn’t only loaded but the safety catch has been released,” Uzi Dayan, a former general and national security adviser, told Israel Radio.

Israel is adamant it will not let Iran build an atomic bomb and has been pushing Washington to pile pressure on Tehran to force it to abandon its nuclear programme. The Jewish state is believed to be the only nuclear power in the region.

Iran says its programme is for civilian purposes but few in the West believe this, with the European Union and US applying increasingly severe economic sanctions to force Tehran to halt its uranium enrichment drive and return to talks.

Just for show
Israeli experts, including Dayan, say sanctions will only work if there is a credible military threat behind them. This has led sceptics to believe that the accompanying rhetoric is just for show but the language has reached such a peak that Netanyahu will lose all credibility at home if it proves to be hot air.

“Netanyahu sounds like a man whose mind is made up,” editorialist David Horovitz wrote on his TimesOfIsrael website.

The US president has appealed for sanctions to be given more time and although Washington agrees with Israel that it is unacceptable for Iran to get a nuclear weapon, the terminology used by Obama and Netanyahu this week was different.

While Obama talked of preventing Iran from “obtaining” a bomb, Netanyahu spoke about preventing it from “developing” one.

Officials say this means Israel wants to see Iran deprived of the various jigsaw pieces needed when manufacturing a bomb. Washington, by contrast, would only move if it saw Tehran actively trying to put the pieces together.

“We want Iran to be stripped of the capability, to drop the military nuclear programme altogether,” said one Israeli security official, who declined to be named.

The Israeli position flows from the so-called “Begin Doctrine”, enshrined by former prime minister Menachem Begin in 1981 after his air force destroyed an Iraqi reactor that Israel believed would produce plutonium for warheads.

The raid, he said at the time, was proof his country would “under no circumstances allow the enemy to develop weapons of mass destruction against our people”.

Sceptical public
Monday’s speech represented Netanyahu’s clearest endorsement of this doctrine since taking office in 2009 but critics said he still had to convince a sceptical public of the need for war.

“Today’s Israel does not subscribe to this,” said Uri Dromi, a spokesperson for former prime minister Yitzhak Rabin, adding that the war of words from both Israel and Iran reminded him of the build up to World War I, when Europe stumbled into mayhem.

“He is preparing us for war but I am not sure we are ready for it. It is not a smart game. It is a gamble,” he said.

An opinion poll published last week said just 19% of Israelis thought their nation should attack Iran, even if they did not first get the support of Washington.

Many Israelis fear the country is not prepared for conflict, with analysts predicting it could be hit with a barrage of missiles from Iran and its allies, such as Hizbollah in Lebanon.

“Israel has the operational capability of intercepting missiles coming at it from any place on earth … Today every citizen knows the requirement to be prepared for any emergency situation in the best possible way.” — Reuters

Crispian Balmer
Crispian Balmer works from Rome. Reuters' chief correspondent, Italy, based in Rome. Previously in Jerusalem, Paris, Milan and Madrid. Comments are my own, not Reuters etc etc. Crispian Balmer has over 4856 followers on Twitter.
Facebook
Twitter
WhatsApp
Linkedin