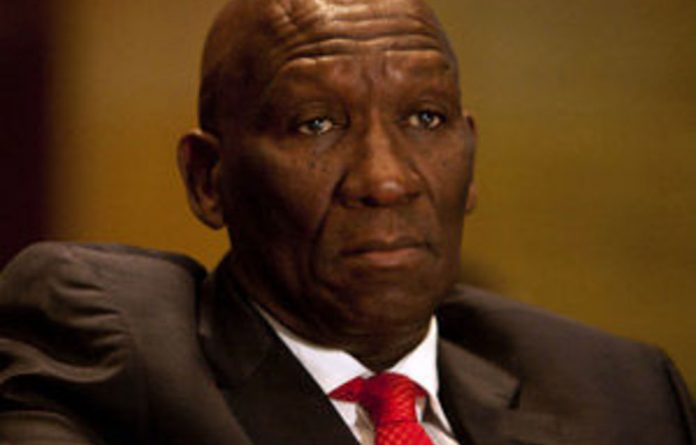 Suspended national police chief Bheki Cele occasionally signed off on official documents from his deputies without scrutinising them, a board of inquiry into allegations of misconduct against him heard on Wednesday.

Cele made the admission during his testimony in the investigation to establish whether he violated procurement regulations on two police lease agreements.

Cross-examined by evidence leader Viwe Notshe, he explained that he had entrusted his deputies to make certain decisions, which he did not question, and would sign documents “as prepared”.

“There would have to be a serious reason for me to go through the whole preparation of a DDG [deputy director general],” he said.

“In the police we have a number of DDGs. All my five deputies are DDGs.”

As the head of the police, Cele was a director general.

“There must be something that provokes for me to scrutinise a document, but it cannot be a norm. I take the document with the understanding that it was prepared by a DDG. It would be abnormal for every DG to re-read and start afresh on documents prepared by his DDG.”

‘I am lost’
Inquiry chairperson Judge Jack Moloi asked Cele if he would sign papers by his DDG even if they were for his resignation.

“I am lost. Do you just sign whatever comes from the DDGs?” Moloi asked.

“There are other documents, in other circumstances, that need to be engaged but not all,” Cele replied.

“Under certain circumstances, I would move up in the understanding of a particular document at a given time,” he said.

The questions were directed at establishing whether Cele, as the departmental accounting officer, understood the financial prescripts accompanying the running of the department’s financial services.

Cele said he understood his responsibilities well and that he applied his mind to the prioritisation of projects.

Asked whether the South African Police Service adhered to fair, transparent and competitive procurement procedures in that it invited tenders, Cele said police headquarters identified a sole service provider at “certain times” and under “certain conditions”.

Dubious character
In his testimony, Cele portrayed his former deputy and procurement head Hamilton Hlela as a dubious character who did things behind his back and did not follow proper procedures.

Cele said he had come close to signing a R3-billion public-private-partnership deal for the construction of new police headquarters at a site in Pretoria.

Being from Durban, he was fairly new in Pretoria when his former deputy and procurement head Hamilton Hlela encouraged him to sign the contract on the bonnet of a car — three weeks after he took office.

At the time, the police were on a month-to-month lease at Wachthuis, which had inadequate space.

Cele said the issue of police accommodation had been discussed a long time before he was appointed as commissioner by President Jacob Zuma in July 2009.

The urgent need for accommodation was triggered by the 2010 World Cup, because an efficient and effective communications team needed office space, he said when asked why he had approached a senior police official, Martha Stander, about the accommodation issue at an official function on March 24 2010.

“We were just chatting. When it comes to processes, I would speak to one person necessary,” he said.

Cele said he decided not to sign the contract to build new headquarters after applying his mind to the matter. He considered building a new police station instead.

He said he had considered the fact that only four police stations had been built in KwaZulu-Natal since 1994.

“Hlela said to me the PPP [public-private-partnership] wouldn’t like that.”

“There are many other things I can tell you [about him],” he said.

Cele said a few weeks after the PPP contract fell through, Hlela wanted him to sign an R8-million contract to renovate his office and that of the ministry. This also fell through.

‘Big omissions’
Cele said this and other incidents led to him approach the Special Investigating Unit to investigate the police’s procurement department.

He said he was further alarmed by “big omissions” by Hlela, who he claimed had “forgotten” to inform him that he had extended the lease agreement at the Wachthuis building, which the police were due to vacate.

Questioned about his failure to disclose this earlier, Hlela said it had been known since July 28 2009, the day before Cele was appointed.

Cele said he had been “taken aback” at Hlela’s revelation, made about four months after his appointment.

“No general at the time at Mahlamba Ndlopfu [the president’s official residence in Pretoria] raised the issue,” Cele said in reference to the day he was sworn in.

The hearing continues on Thursday. — Sapa