Don’t put the cart before the horse, says Spies 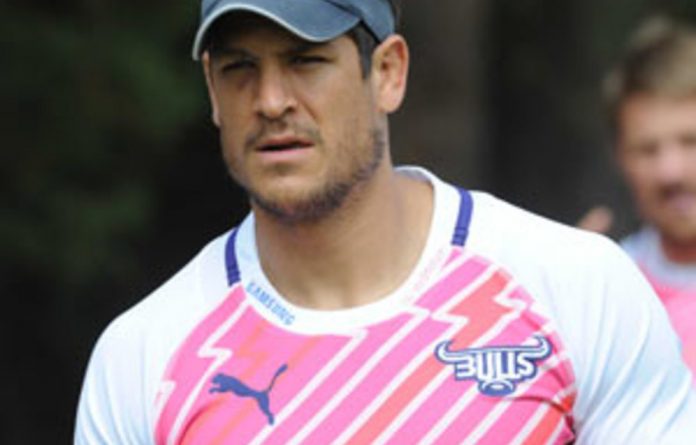 Bulls skipper Pierre Spies says it would be foolish to judge the Blues on their losses in the first two rounds of the competition ahead of their Super Rugby match at Loftus Versfeld on Saturday.

“It actually says nothing, this competition is so tough,” said Spies on Wednesday.

“You can lose your first few games and right in the end you can be back in it again.

Spies said the Blues would be hurting but would be well prepared for the match against the Bulls.

“With the quality players they have in their team, I am sure they will pitch on Saturday to rectify those first two games.”

Hougaard received a red card in last weekend’s match against the Cheetahs for a tip-tackle on Robert Ebersohn and earned himself a week’s ban.

Dying to play
Vermaak has played 73 Super Rugby for the Cats and the Lions and joined the Bulls at the end of the 2011 season.

The only other change to the match day 22 sees Ruan Snyman taking Vermaak’s place on the bench.

“He [Vermaak] is also dying to play and worked hard in the off season,” Bulls coach Frans Ludeke said at the team announcement in Pretoria.

“Hougies [Hougaard] had the first two games as the starting [scrumhalf] and Jano only came on last week as an impact player.

“He is a quality player with over 60 Super Rugby games for the Lions and he is a class act in his own way.”

Ludeke said even though the Bulls beat the Cheetahs 51-19 over the weekend, his charges needed to reduce the amount of penalties they were conceding.

“If you go and have a close look at the penalties, there are some grey things and I’ve cleared it with the referee Craig Joubert,” he said.

Stronger teams
“We can be better and make better decisions and be smarter there especially at the tackle and breakdown area.”

The log-leading Bulls, who have won both of their matches so far, play the Blues for the first time since 2010.

The Blues have looked one of the stronger teams in the competition despite their two losses against the Crusaders (18-19) and the Chiefs (29-14) last weekend.

“They are a quality side and we know we are going to have a great clash on Saturday,” Ludeke said.

“We just want to focus on our own strengths and play better than last week.”