Barrelling down the wrong track 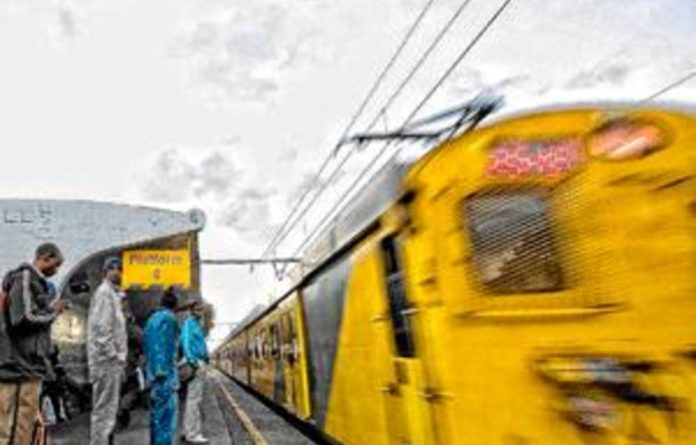 To mix the favourite metaphors of the departments of transport and energy, transport is the heartbeat of the economy, but energy is the lifeblood. Transport in South Africa is overwhelmingly dependent on liquid petroleum fuels. Petrol, diesel, jet fuel and heavy fuel oil provide 98% of the energy used by the transport sector and electricity contributes the rest.

Thus transport planning, which is intrinsically long-term given the life span of infrastructure, must be based on a realistic assessment of energy and oil security. Although there have been some welcome shifts in South Africa’s transport policy and planning in recent years, some aspects are still heading towards dead ends.

The International Energy Agency has stated repeatedly that the era of cheap oil is over. Data from the United States Energy Information Administration show that conventional crude oil output has been on an “undulating plateau” since 2005.

The production of unconventional oil, which includes extra-heavy oil from Venezuela’s Orinoco deposits, Canada’s tar sands and shale oil in areas such as North Dakota in the US, has increased in recent years. But this has come at a much higher marginal cost of production and an even higher cost to the environment in the form of massive pollution and greenhouse gas emissions. In short, the oil industry is scraping the bottom of the proverbial barrel in an age of “extreme oil”.

Oil is running out
Mature oil fields are depleting at an average rate of more than 5% a year and many analysts expect total liquid fuel production to enter terminal decline within a few years.

Meanwhile, world oil exports have been declining at about 2% a year since peaking in 2005 as oil exporting nations, such as Saudi Arabia and Iran, consume a growing share of their own crude.

Biofuels are proving more damaging to global society than they are worth by pushing up food prices and incentivising the destruction of old-growth forests.

In the face of stagnant oil supply and rapidly rising demand in the emerging economies, oil prices have trended steeply upwards, from less than $40 a barrel in 2004 to $111 on average in 2011 and more than $120 now. Tension in the Middle East threatens another “super-spike”, perhaps above $150 a barrel.

In South Africa a new oil refinery will not improve energy security in a future of diminishing world crude output and rising prices. And although a third of our petroleum fuels are produced by Sasol and PetroSA from coal and gas, consumers pay prices benchmarked on international oil prices.

We have been warned
In the past few years we have had ample warnings of what the continued dependence on imported oil will mean, such as bitumen shortages, petrol stations running dry, aeroplanes grounded and farmers losing crops. These energy developments should be critically informing the government’s infrastructure planning for road, air and rail transport.

Expenditure on the maintenance of the existing road network is necessary, especially before the costs of bitumen and diesel rise even higher. But, in the context of peak oil, spending on new roads for the most part does not make long-term sense, including the R25-billion allocated by the treasury in the current budget cycle for new national roads.

The Gauteng Freeway Improvement Project, which is projected to cost R20-billion, represents a massive misallocation of resources. Following public opposition to the road tolling, the government has decided that taxpayers will bail out the South African National Roads Agency Limited — and subsidise Gauteng motorists — to the tune of R5.8-billion. All this money should rather have been spent on more efficient mass transit. We can only hope the same mistakes are not repeated in other parts of the country.

Government policy regarding air transport is even more questionable. The Airports Company of South Africa has, in recent years, spent billions upgrading the OR Tambo and Cape Town international airports and building the brand-new King Shaka International Airport in Durban. Although useful during the 2010 World Cup, how will these upgrades benefit South Africa in a future characterised by massive debt deleveraging in the Western economies combined with surging fuel prices?

Moreover, the national carrier, SAA, recently asked the government for a R6-billion “recapitalisation” — read bailout — to improve its cash flow and fund the purchase of a fleet of 20 new aircraft. Management says it expects the airline to make a loss in the 2012 financial year, mainly as a result of — you guessed it — high oil prices. Why should South Africa’s beleaguered taxpayers continue to subsidise a loss-making entity with a bad management record that serves a privileged minority?

Finally something is being done about rail infrastructure
Fortunately, there is some good news on the transport policy front: rail infrastructure is at last starting to be overhauled. Transnet has embarked on a R300-billion capital expansion programme. However, most of this is geared towards expanding capacity on coal, iron-ore and manganese rail lines to boost exports. Only R7.7-billion has been budgeted for expansion of Transnet’s general freight capacity, which should progressively take the place of road-based freight transport.

Passenger rail is making a comeback. In late February the department of transport announced that the government would soon issue a tender for 7 200 new train coaches and locomotives, to be procured in the next 20 years at a cost of R128-billion.

Although that might sound like a lot of money, consider that South African households spent R67-billion on private motor vehicles in 2010 alone. So, from a societal cost perspective, two years of new car purchases would be equivalent to the entire passenger rail upgrade.

The other bright light is the development of integrated transit systems in major cities, led by bus rapid systems in Johannesburg and Cape Town. Fully loaded buses are far more energy efficient than single-occupant cars.

In the 2012 Budget Review R300- billion was pencilled in for a proposed high-speed rail link between Gauteng and Durban. Given its huge price tag — and the strong likelihood of cost overruns — this should be a low priority relative to the provision of mass transit in cities and upgrading existing freight rail.

In their seminal book, Transport Revolutions, Richard Gilbert and Anthony Perl argue persuasively that we electrify our transport systems and power them increasingly with renewable energy.

This task is both monumental and pressing — and thus each rand spent on unsustainable oil-dependent infrastructure will cost the nation dearly in terms of future constrained mobility and economic losses. The government must urgently reconsider its transport strategies.

Jeremy Wakeford is an independent economist specialising in energy and sustainability. He chairs the Association for the Study of Peak Oil South Africa (aspo.org.za), a think-tank researching and advising on the implications of global oil depletion for South Africa