Business as usual for hate camps 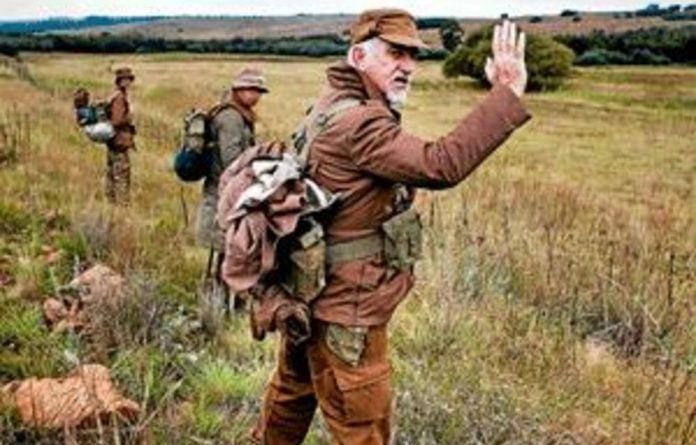 As the firestorm of outrage over the Kommandokorps’s military-style training of young Afrikaners dies down, the far-right-wing group says little has changed and, on balance, things are looking better.

“After all this publicity we’ve had plenty of new members coming in,” its leader, Franz Jooste, said. “Our online statistics show that 97% of the comments on everything we do were positive, after the media reports, and 3% negative. That’s entirely different from the idea you’ll get from [Afrikaans newspapers] Beeld, Rapport or Volksblad, because they are controlled by the government.”

But it has not all been moonshine and roses. Jooste said in a phone interview that after he had received telephonic death threats he had spent several days “in the bush” on the recommendation of his security personnel.

The group has also lost the use of the farm on which it conducted the camp featured in a Mail & Guardian article last month.

Kommandokorps leader back to work
But Jooste is back in his office in Pretoria, at a location he would not disclose, and, according to him, is running training camps throughout the country, although he would not talk numbers.

“We’ve had lots of farmers who have got in touch with us and said no authority is going to stop them from making their land available to us — Maybe they can intimidate one farmer and, if he is a coward, he may say, no, we can’t use his farm, but there are plenty of real men we can rely on.”

The Mpumalanga provincial legislature called for the Kommandokorps camps, where white Afrikaans teenagers are told that black people are inferior to them and are taught to protect themselves against farm attacks, to be shut down. The matter was referred to the police, but they say there is not much they can do.

“When it comes to the internal security of the country we watch this kind of thing very closely,” SAPS national spokesperson Vishnu Naidoo said. But it is difficult to take action. “In terms of the information published, there wasn’t much to go on.

“From the photos, they seem to be abusing the South African flag. If somebody came forward and gave us a statement on that, we could pursue it. The photo of a firearm pointed at a guy’s head, if charges were brought by that person, we could take action, although we’d have to determine if it was a real gun or a toy.”

Naidoo said that self-defence training in itself did not give the police cause for action, at least not without some proof of criminal intent.

A possible charge of desecrating the flag did not faze Jooste — he stood by using it, even as a doormat, in training, just as he stood by his comments that black people were intellectually inferior to whites. That, he said, was a simple scientific fact and trampling on the flag was political expression.

That might not sit well with everyone, Jooste said, but he took exception to the media taking a leap from there to describing his group as a paramilitary training organisation and seeing it as a threat.

“Good heavens, how can anyone think we can attack the government with 1 500 young boys? That’s absurd.”