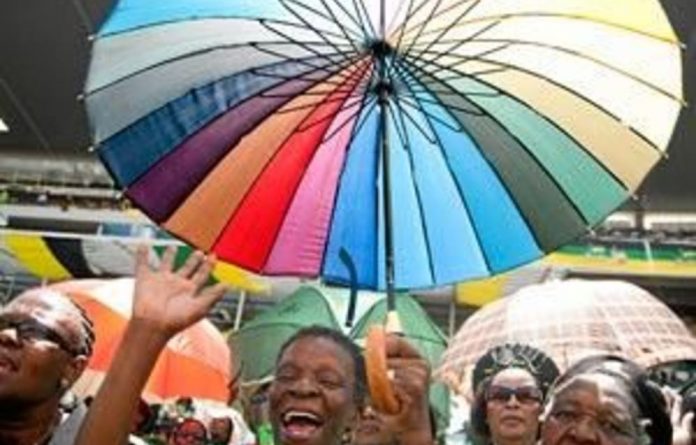 Needless to say, we will all spend the next few months wading through and ruminating over the ruling party’s policy discussion documents. There are mounds and reams of the stuff; lots to tuck into and ponder as the ANC invites the country to help to shape its policies, which will eventually inform government policy. Never has this process been as open and transparent as it is this year. Documents are always released, yes, but we are never invited to sit at the proverbial dinner table to sup, as it were, and to take part in the conversation — even though we’ve always ended up doing so anyway, regardless of whether we were invited.

The ruling party wants all South Africans to join it at its ‘festival of ideas” dinner table and make a contribution. Well, that can only be a good thing in terms of enhancing the participatory element of our democracy. How our contributions will be factored in at the policy conference in June and the extent to which these will influence thinking in the ANC remains to be seen. Still, regardless of where our contributions may end up, the openness and invitation is to be welcomed.

At 33 pages long and often quite repetitive, the gender-policy discussion document is perhaps the slimmest offering in the pile of ANC documents that looks at everything from health, education and the courts to policing and even the touchy-feely stuff about the kind of nation we want to be. Most important are the documents dealing with the nuts and bolts of the economy, with specific reference to the mining sector.

Don’t be fooled by the size. It’s slim, but the gender document packs a mean punch. The proposals made are bold and progressive. The drafters have, with one fell swoop, placed women firmly and squarely at the centre of the South African economic story. They have insisted that there can be no economic development and growth if the central pillar is not the advancement and inclusion of women.

This is borne out by the numerous admissions in the text that, within both the ANC and the state, there has been ineffectiveness despite the most well-meaning legislative environment: ‘The inclusion of the term ‘gender equality’ in policy documents has not led to the redistribution of resources and power in ways that change structural forces on which women’s oppression rests.”

So, with the proposals contained in the document, the women’s league has cleverly hitched its wagon to all aspects of economic policy. Statistics show that women now constitute 52% of the South African population, yet the latest quarterly labour force bulletin shows that a smaller percentage of women are employed than men. The discussion documents argue quite sharply that if women are in the majority then women should, as Eddie Murphy once quipped, have half of everything.

For example, there is a call for 50% of the beneficiaries of the R9billion jobs fund to be women. When it comes to job creation, especially as it pertains to the industrial-policy action plan, women must make up half the beneficiaries in all the sectors that have been prioritised.

Furthermore, there is a proposal to review all black economic empowerment codes to include 50% of women as direct beneficiaries of procurement and enterprise development. The same demand is made when it comes to land ownership and rural development: 50% of jobs must be allocated to rural women and 50% of state-owned farms must be awarded to women.

These calls are a recognition of what many development economists have been saying for many years: that if you place women at the centre of your growth and development strategies, especially because women are in the majority, the impact on your economy will be dramatic. It will enhance the multiplier effect because more and more households are headed by women.

The ANC policy documents call for a shift in the employment patterns of women that, at present, further entrench inequalities in the formal economy.

If you look at current employment patterns, many women remain under-represented in what is termed ‘high-skills and high-wage employment”. This must change. For example, women shouldn’t be employed only in social services but should also move into technical areas such as mining and construction.

But for women to move into these high-skills jobs, they need to be trained. Training and skilling efforts that are about to be undertaken on a massive scale must have a strong bias towards women — 50% of learnerships, to be exact.

This is all very noble and laudable, but who will monitor this and ensure that it happens? The women’s league, while punting these proposals, has acknowledged what it calls ‘setbacks in gender practices within the ANC”. It has bemoaned the low representation of women at leadership level. The league seems quite content to call for greater representation at party-chair and mayoral levels, but remains silent on the party’s top position itself.